Lifeboat from airships “America” and “Akron” donated to the Smithsonian 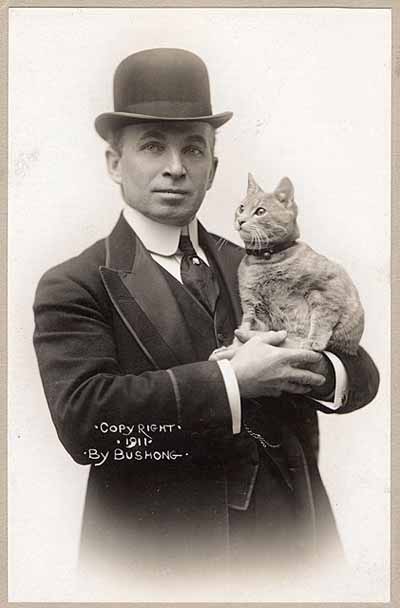 This 1911 photograph shows Kiddo, the first cat to attempt to cross the Atlantic by airship, and Melvin Vaniman, engineer of the airship America. Kiddo was the subject of the first ever wireless radio message sent from an aircraft.  The Goodyear Tire & Rubber Co. is donating the lifeboat used on two early attempted crossings of the Atlantic by airship to the Smithsonian’s National Air and Space Museum. The earliest attempt was made by the airship America in 1910, and the first wireless message from a powered aircraft was sent from the radio position in the lifeboat. The second attempt was the flight of the Akron, the first Goodyear airship, in 1912. The lifeboat is 27 feet long with a 6-foot beam and is constructed of three thicknesses of mahogany veneer.