From the first time she saw pictures of slime molds, Laura Walker was immediately intrigued.

“They are so cool and so pretty,” said Walker, a graduate student at the University of Arkansas working towards a doctoral degree in the department of biological sciences. So far, she has identified six species never before recorded in Panama for her research project, titled “Soil-inhabiting myxomycetes and their shifts in community structure across ecological gradients.” 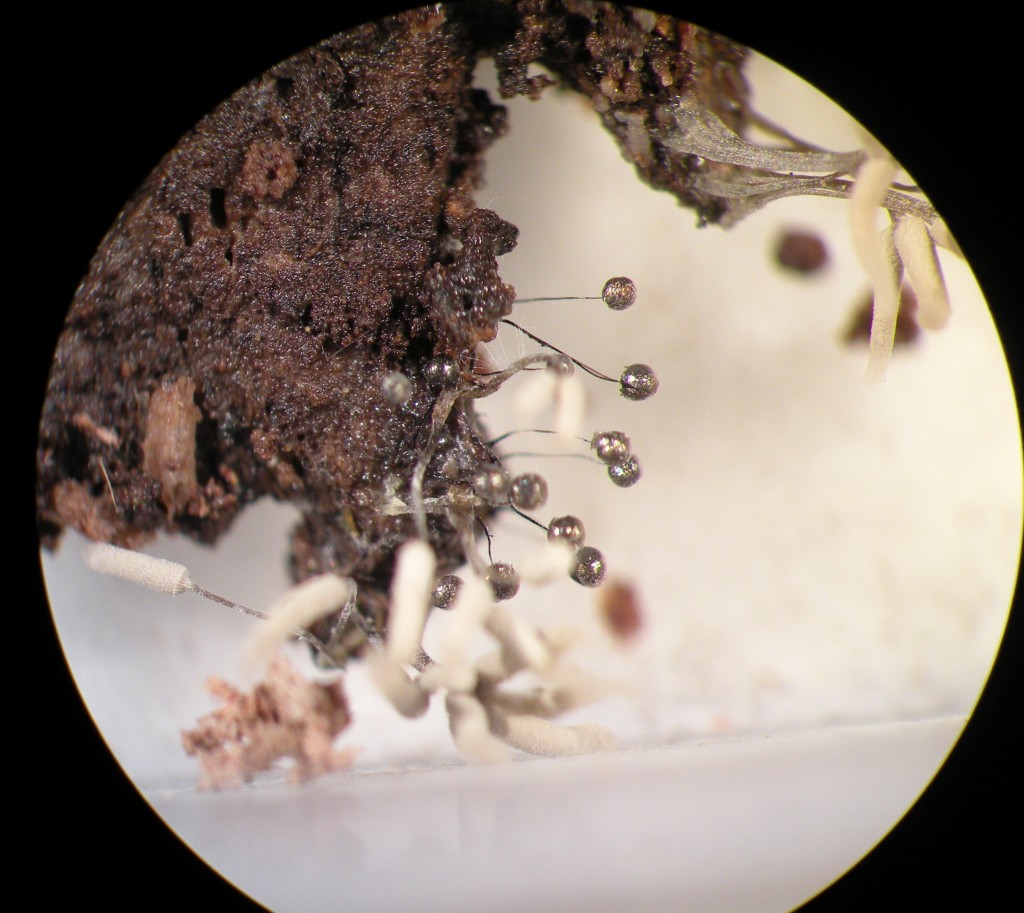 This past summer, Walker became the first scientist to collect slime molds from soils at the Barro Colorado Nature Monument in Panama, a reserve administered by the Smithsonian since 1946. In doing so, she became one of the first researchers to systematically take samples of slime molds, the most abundant predators of soil bacteria and fungi, in tropical soils.

Slime molds are not plants or animals but they share the characteristics of both. They are found all over the world, yet they remain mostly a mystery to scientists. They come in all shapes and sizes, ranging from yellow-tinted blobs to pinkish spheres. 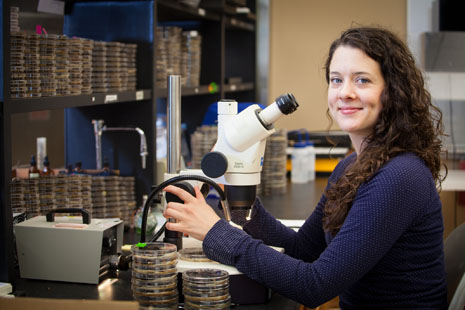 Walker is studying a group of slime molds known as myxomycetes. Relatively little is known about their exact ecological role in terrestrial ecosystems, and this is especially true for the soils associated with tropical forests.

Walker traveled to Panama on a Smithsonian Tropical Research Institute short-term fellowship. The primary research station for the Tropical Research Institute is located on Barro Colorado Island, the largest forested island on the Panama Canal waterway, and part of the Barro Colorado Nature Monument. The research station is internationally recognized as a major center for studies of lowland tropical moist forests.

“Working in Panama was a really fantastic experience,” said Walker, who collaborated with Allen Herre and Benjamin Turner, staff scientists at the Smithsonian Tropical Research Institute. “The best part of working on the island is the interactions with the other scientists. The island is one of the best known, well studied and most visited biological field stations in the world, so I had the opportunity to talk to scientists of all ages and experience levels. I established relationships that will likely develop into opportunities for collaboration.”

Myxomycetes “eat bacteria and fungi and we know there are a lot of them in the soil but nobody has really paid attention to them,” Walker says. “Bacteria and fungi are what decompose everything in the forest, so if myxomycetes are eating them and keeping that population checked they are really important for nutrient cycling and forest productivity. The really fascinating thing about them is they have a really complex life cycle. It’s just one cell that keeps getting bigger and bigger. It can be three meters long and it’s still just one cell.”

Walker is involved with the Global Eumycetozoan Project at the University of Arkansas, an effort to compile a global inventory of slime molds spearheaded by Steve Stephenson and Fred Spiegel, both professors of biological sciences in the J. William Fulbright College of Arts and Sciences at the university.–Source: Univeristy of Arkansas.