Most big galaxies fit into one of two camps: pinwheel-shaped spiral galaxies and blobby elliptical galaxies. Spirals like the Milky Way are hip and happening places, with plenty of gas and dust to birth new stars. Ellipticals are like cosmic retirement villages, full of aging residents in the form of red giant stars. Now, astronomers have discovered that one well-known elliptical has a split personality. Centaurus A is hiding a gassy spiral in its center. 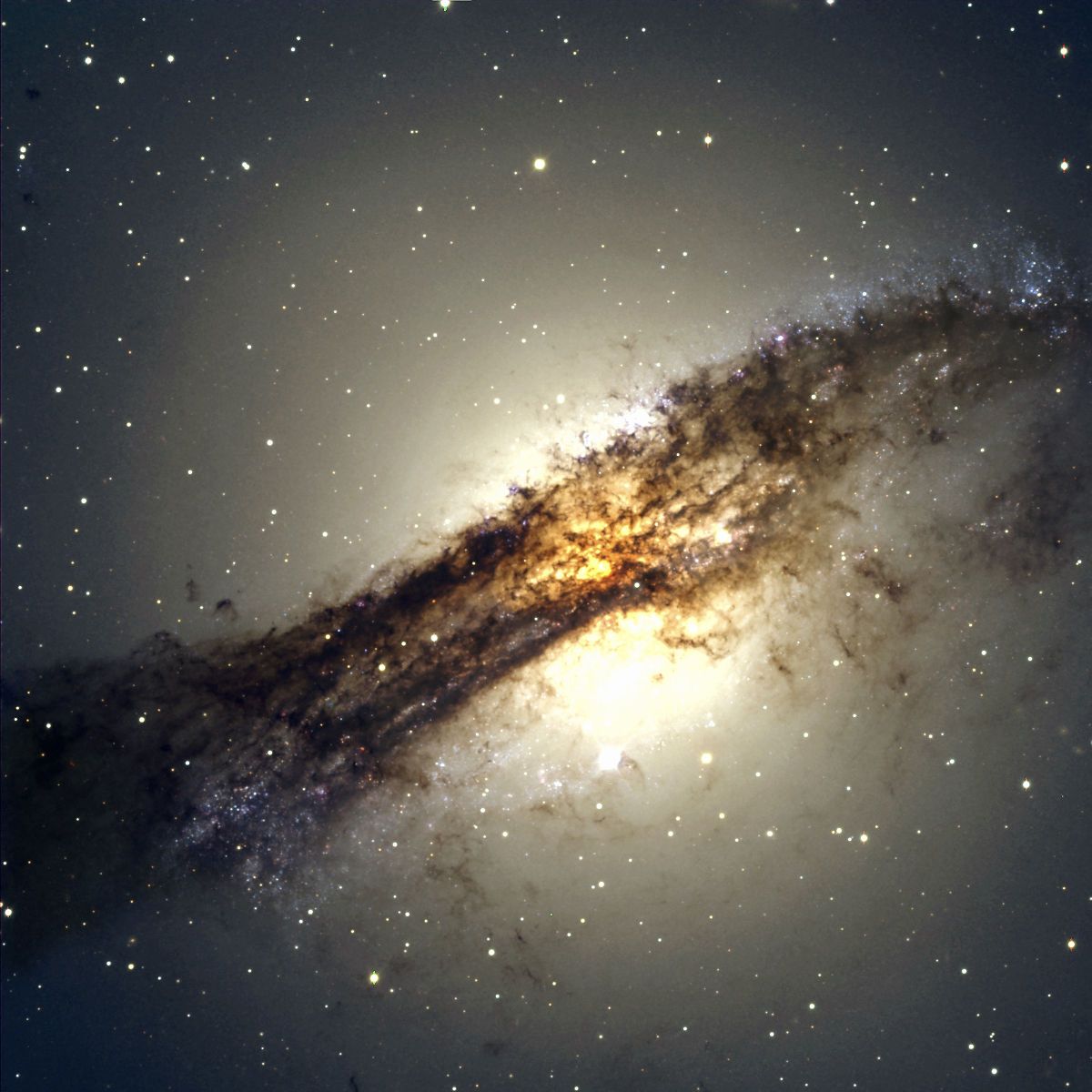 Image above: The giant elliptical galaxy Centaurus A shows a split personality because it hides a gaseous spiral at its core. When Centaurus A collided with a spiral galaxy 300 million years ago, it slurped up the spiral’s gases, which formed a new spiral inside the larger galaxy.
(Photo credit ESO)

“No other elliptical galaxy is known to have spiral arms,” said lead author Daniel Espada (National Astronomical Observatory of Japan & Harvard-Smithsonian Center for Astrophysics). “Centaurus A may be an old galaxy, but it’s still very young at heart.”

Centaurus A isn’t your typical elliptical to begin with. Its most striking feature is a dark dust lane across its middle – a sign that it swallowed a spiral galaxy about 300 million years ago.

Centaurus A slurped that galaxy’s gases down, forming a disk that we see nearly edge on. From our point of view, any features in that disk have been hidden by the intervening dust.

To tease out the disk’s structure, Espada and his colleagues used the sharp vision of the Smithsonian’s Submillimeter Array. This radio telescope can see through dust to pick up signals from naturally occurring carbon monoxide gas. By mapping the gas, the team unveiled two distinct spiral arms within the galaxy’s core.

“Centaurus A has been given a new lease on life by that past merger,” said Espada.

Computer simulations suggest that the spiral features might endure for hundreds of millions of years to come.

Although Centaurus A is the first elliptical galaxy found to have spiral arms, it may not be the last. Since it’s only 12 million light-years away, it’s relatively nearby and easy to study. The Atacama Large Millimeter/submillimeter Array (ALMA) potentially can find more split-personality galaxies with its improved radio “vision.”

“We definitely will use ALMA to search for other objects that are similar to Centaurus A,” added Espada.

These findings were published in The Astrophysical Journal Letters and are available online.