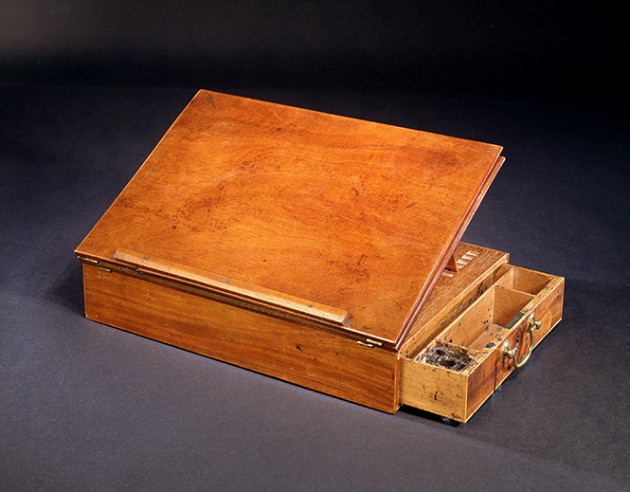 This week’s Smithsonian Snapshot celebrates the July 4, 1776, U. S. independence from Great Britain.

In 1776, Thomas Jefferson wrote the Declaration of Independence on this portable desk. It features a hinged writing board and a locking drawer for papers, pens and inkwell.

On July 4, 1776, Congress amended and adopted the declaration. Its words not only established the guiding principles for the new nation, they have served to inspire future generations in America and around the world.

This desk continued to be Jefferson’s companion throughout his life as a revolutionary patriot, American diplomat and president of the United States. While the drafts of the Declaration of Independence were among the first documents Jefferson wrote on this desk, the note he attached under the writing board in 1825 was among the last: “Politics as well as Religion has its superstitions. These, gaining strength with time, may, one day, give imaginary value to this relic, for its great association with the birth of the Great Charter of our Independence.”

On Nov. 14, 1825, Jefferson wrote to his recently married granddaughter Ellen Randolph Coolidge to inform her that he was sending his “writing box” as a present to her husband Joseph Coolidge. The desk remained in the Coolidge family until April 1880, when the family donated it to the U.S. government. It was transferred to the Smithsonian in 1921.