Prehistoric turtle was size and shape of a big car tire

Paleontologist Carlos Jaramillo’s group at the Smithsonian Tropical Research Institute in Panama and colleagues at North Carolina State University and the Florida Museum of Natural History discovered a new species of fossil turtle that lived 60 million years ago in what is now northwestern South America. The team’s findings were published in the Journal of Paleontology. 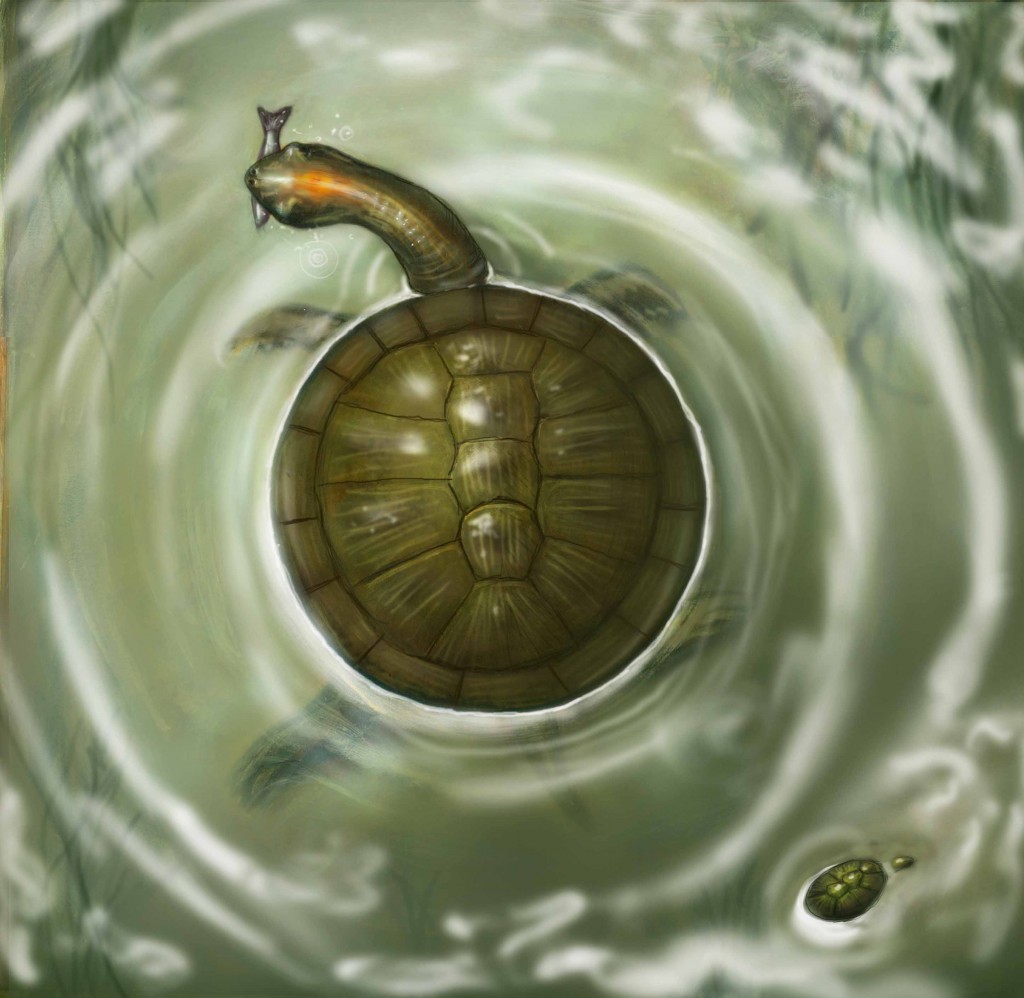 An artist’s conception of the prehistoric turtle Puentemys mushaisaensis. (Illustration by Liz Bradford)

The new turtle species is named Puentemys mushaisaensis because it was found in La Puente pit in Cerrejón Coal Mine, a place made famous for the discoveries, not only of the extinct Titanoboa, the world’s biggest snake, but also of Carbonemys, a freshwater turtle as big as a smart car. 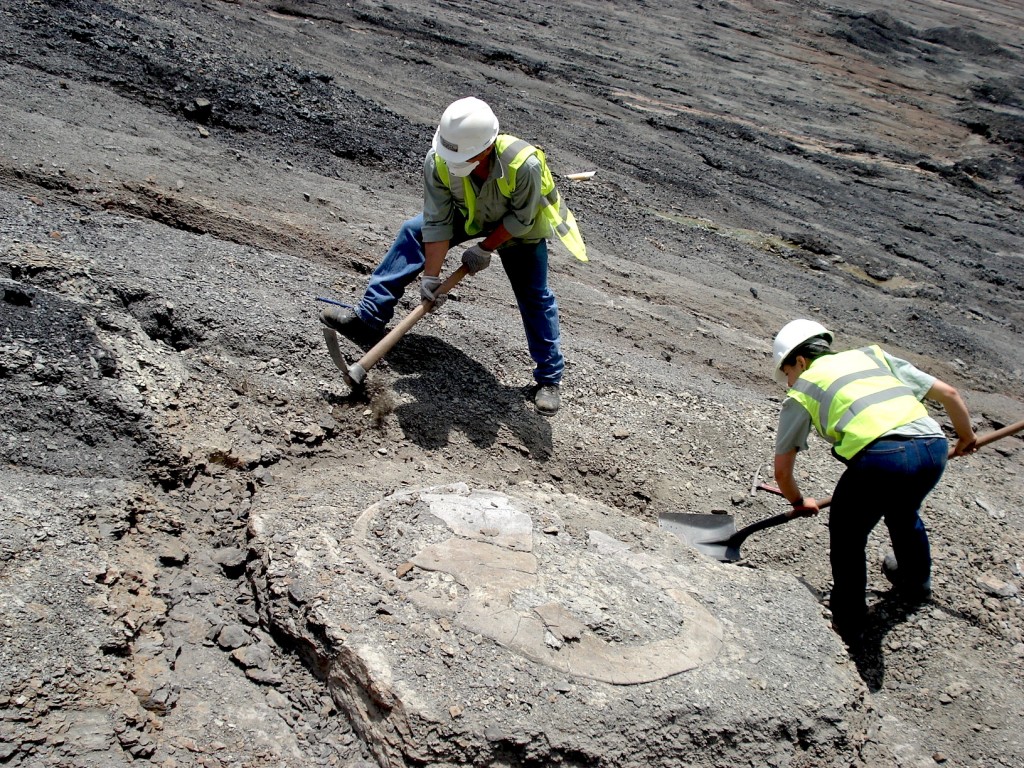 Scientists excavate a fossil specimen of Puentemys mushaisaensis from the Cerrejon Coal Mine. (Photo by Edwin Cadena)

Cerrejon’s fossil reptiles all seem to be extremely large. With its total length of 5 feet, Puentemys adds to growing evidence that following the extinction of the dinosaurs, tropical reptiles were much bigger than they are now. Fossils from Cerrejon offer an excellent opportunity to understand the origins of tropical biodiversity in the last 60 million years of Earth’s history.

The most peculiar feature of this new turtle is its extremely circular shell, about the size and shape of a big car tire. Edwin Cadena, post-doctoral fellow at North Carolina State University and lead author of the paper, said that the turtle’s round shape could have discouraged predators, including Titanoboa, and aided in regulating its body temperature.

The width of the turtle’s shell probably exceeded the maximum expansion of the Titanoboa’s mouth. Its circular, low-domed shape would have increased the area of the body exposed to the sun, helping the cold-blooded turtle warm to a temperature at which it was more active.

Giant prehistoric turtle from Colombia chomped everything in sight–including crocodiles!