Giant prehistoric turtle from Colombia chomped everything in sight–including crocodiles!

Picture a turtle the size of a Smart car, with a shell large enough to double as a kiddie pool. Paleontologists from North Carolina State University, the Smithsonian Tropical Research Institute and the Florida Museum of Natural History have just described such a specimen from the fossilized remains of this 60-million-year-old South American giant that lived in what is now Colombia. 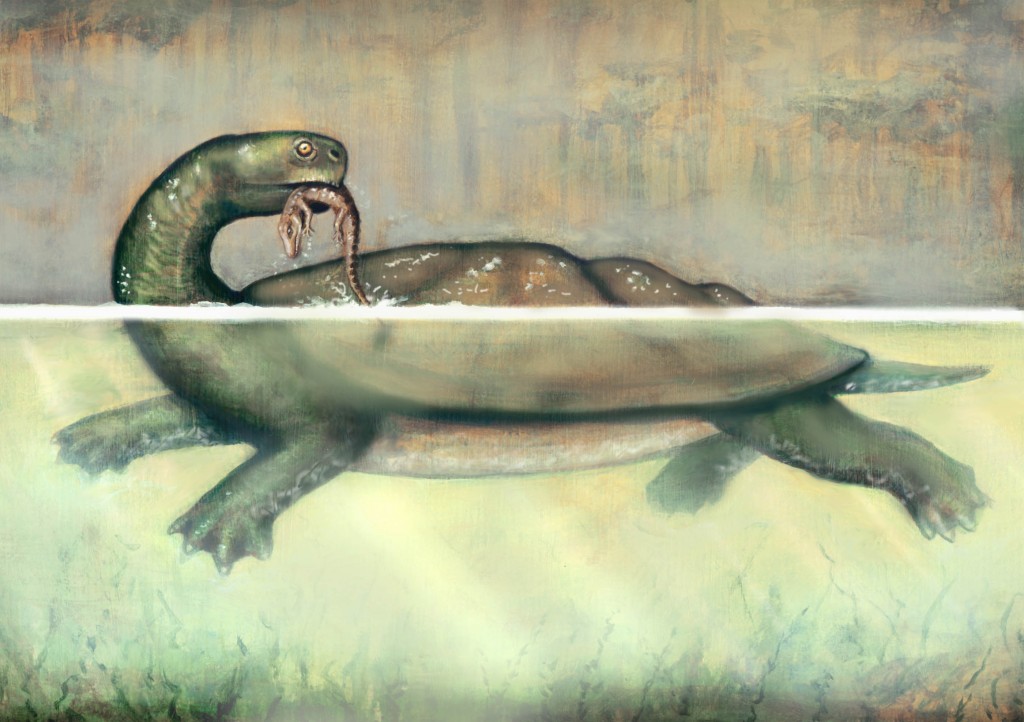 The turtle in question is Carbonemys cofrinii, which means “coal turtle,” and is part of a group of side-necked turtles known as pelomedusoides. The fossil was named Carbonemys because it was discovered in 2005 in a coal mine that was part of northern Colombia’s Cerrejon formation. The specimen’s skull measures 24 centimeters, roughly the size of a regulation NFL football. The shell which was recovered nearby – and is believed to belong to the same species – measures 172 centimeters, or about 5 feet 7 inches, long. That’s the same height as Edwin Cadena, the NC State doctoral student who discovered the fossil. 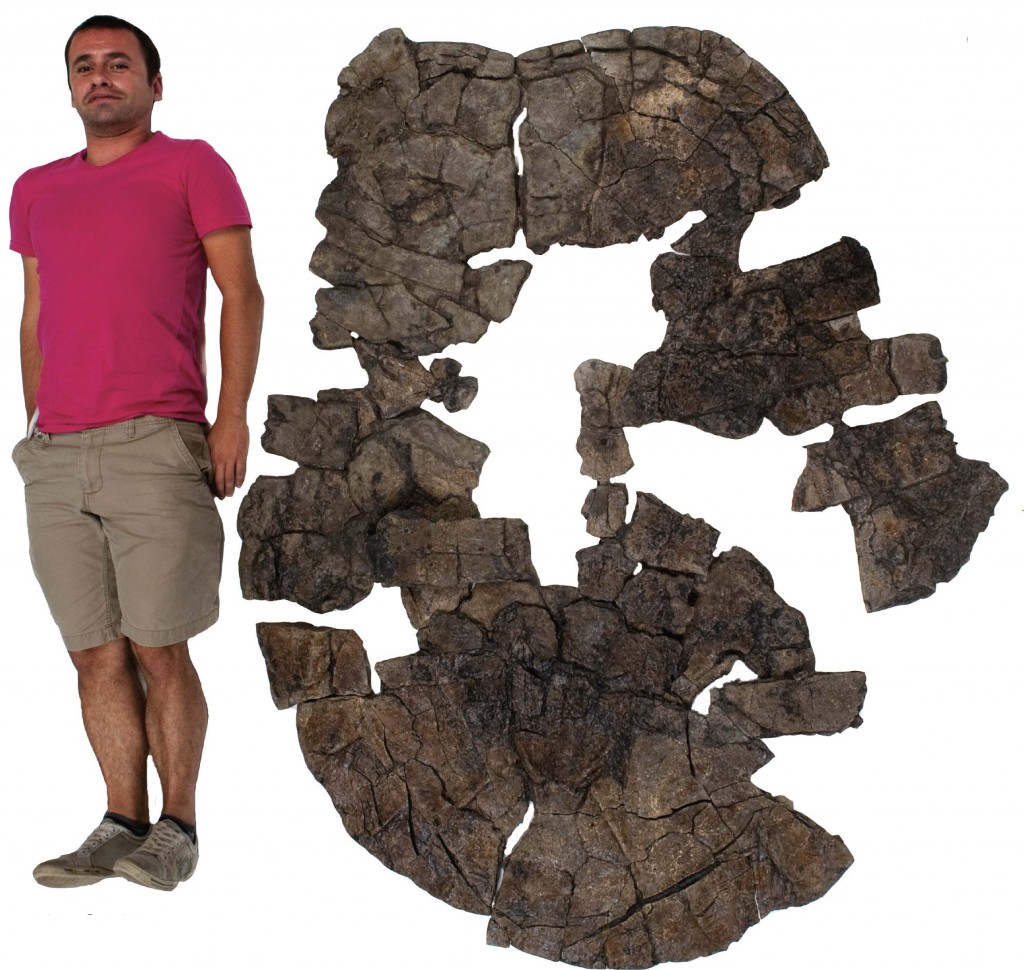 “We had recovered smaller turtle specimens from the site. But after spending about four days working on uncovering the shell, I realized that this particular turtle was the biggest anyone had found in this area for this time period – and it gave us the first evidence of giantism in freshwater turtles,” Cadena says.

Smaller relatives of Carbonemys existed alongside dinosaurs. But the giant version appeared five million years after the dinosaurs vanished, during a period when giant varieties of many different reptiles – including Titanoboa cerrejonensis, the largest snake ever discovered – lived in this part of South America. Researchers believe that a combination of changes in the ecosystem, including fewer predators, a larger habitat area, plentiful food supply and climate changes, worked together to allow these giant species to survive. Carbonemys’ habitat would have resembled a much warmer modern-day Orinoco or Amazon River delta.

In addition to the turtle’s huge size, the fossil also shows that this particular turtle had massive, powerful jaws that would have enabled the omnivore to eat anything nearby – from mollusks to smaller turtles or even crocodiles.

Thus far, only one specimen of this size has been recovered. Palentologist Ksepka believes that this is because a turtle of this size would need a large territory in order to obtain enough food to survive. “It’s like having one big snapping turtle living in the middle of a lake,” he says. “That turtle survives because it has eaten all of the major competitors for resources. We found many bite-marked shells at this site that show crocodilians preyed on side-necked turtles. None would have bothered an adult Carbonemys, though – in fact smaller crocs would have been easy prey for this behemoth.”–Source: NC State University