The discovery of a new fossil turtle species in Colombia’s Cerrejón coal mine by researchers from the Smithsonian Tropical Research Institute in Panama and the Florida Museum of Natural History helps to explain the origin of one of the most biodiverse groups of turtles in South America. 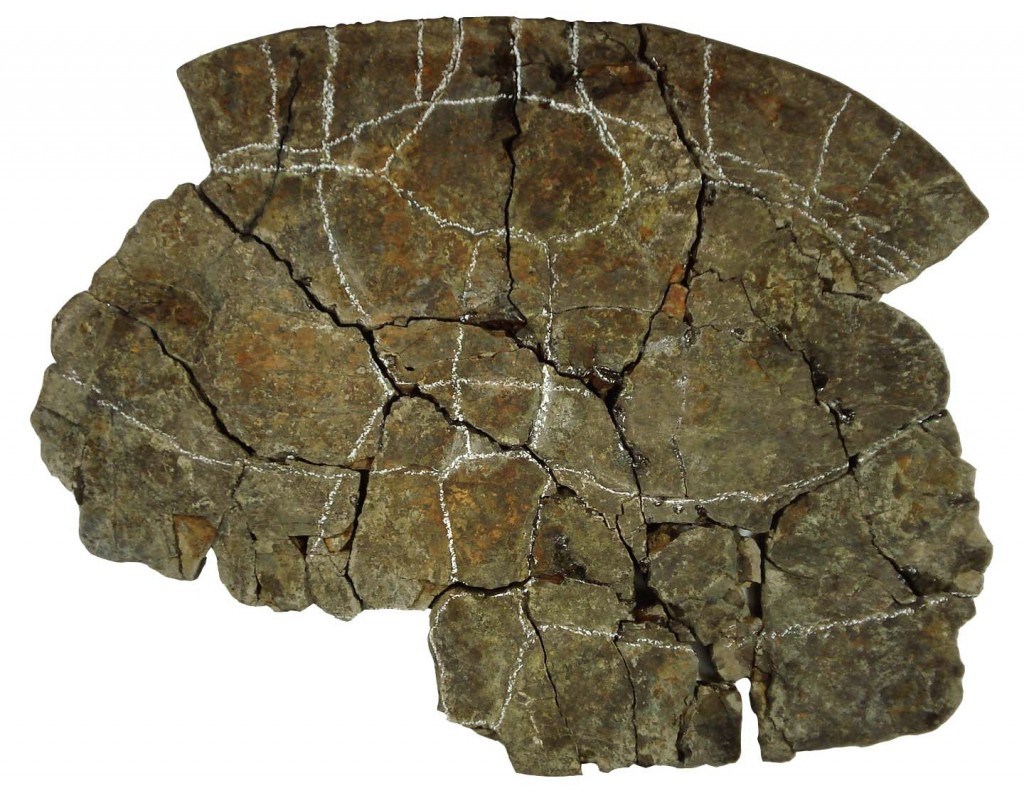 The thick fossil carapace of a newly discovered prehistoric turtle.

Cerrejonemys wayuunaiki takes its genus name from Cerrejón, and emys—Greek for turtle. Its species name is the language spoken by the Wayuu people who live on the Guajira Peninsula in northeastern Colombia near the mine. About as thick as a standard dictionary, this turtle’s shell may have warded off attacks by the Titanoboa, thought to have been the world’s biggest snake, and by crocodile-like creatures living in its neighborhood 60 million years ago. 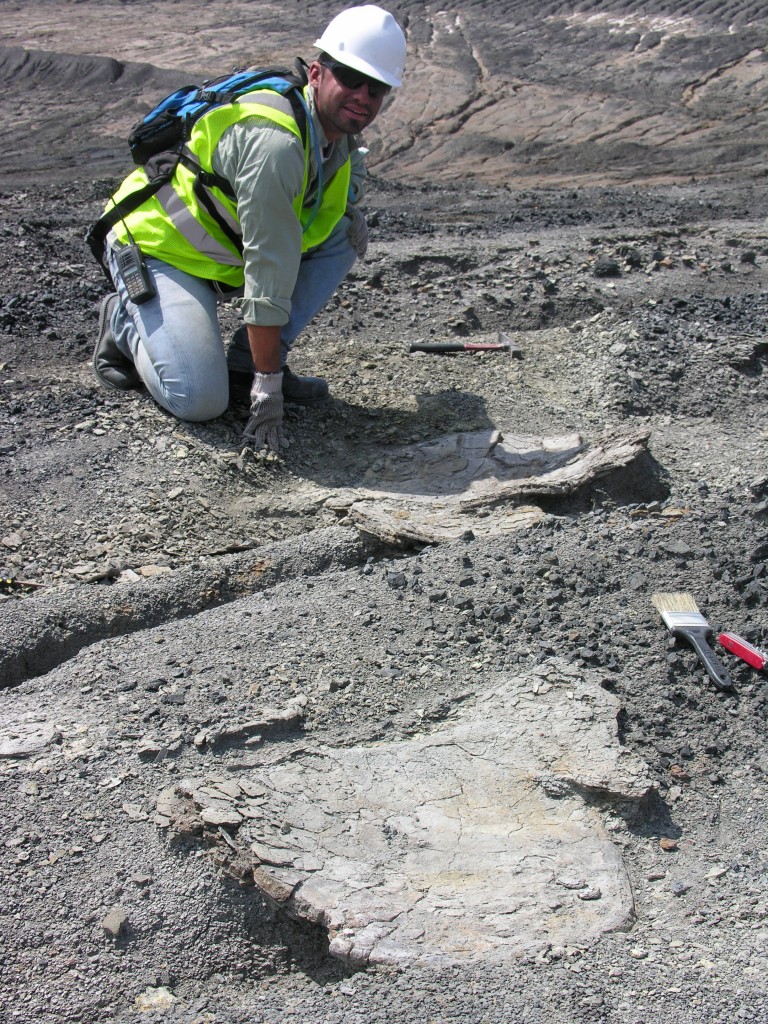 Carlos Jarmillo with turtle specimens in the Cerrejón coal mine.

“The fossils from Cerrejón provide a snapshot of the first modern rainforest in South America—after the big Cretaceous extinctions and before the Andes rose, modern river basins formed and the Panama land bridge connected North and South America,” explains Carlos Jarmillo, staff scientist at the Smithsonian who studies the plants from Cerrejón.

“We are still trying to understand why six of this turtle’s modern relatives live in the Amazon, Orinoco and Magdalena river basins of South America and one lives in Madagascar,” explains Edwin Cadena, first author of the study and a doctoral candidate  at North Carolina State University. This discovery “closes an important gap in the fossil record and supports the idea that the group originated near the tip of South America before the continent separated from India and Madagascar more than 90 million years ago.” 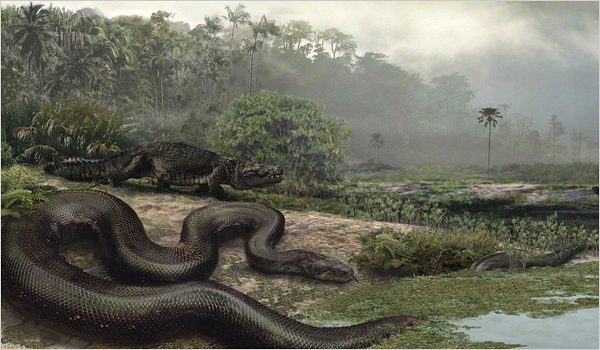 An artist’s conception of the giant prehistoric snake Titanoboa. (Illustration by Jason Bourque)

Cadena will characterize two more new turtle species and analyze the histology of fossil turtle bones from the Cerrejón site. “I hope this will give us an even better understanding of turtle diversity in the region and some important clues about the environment where they lived.”

Prehistoric turtle was size and shape of a big car tire