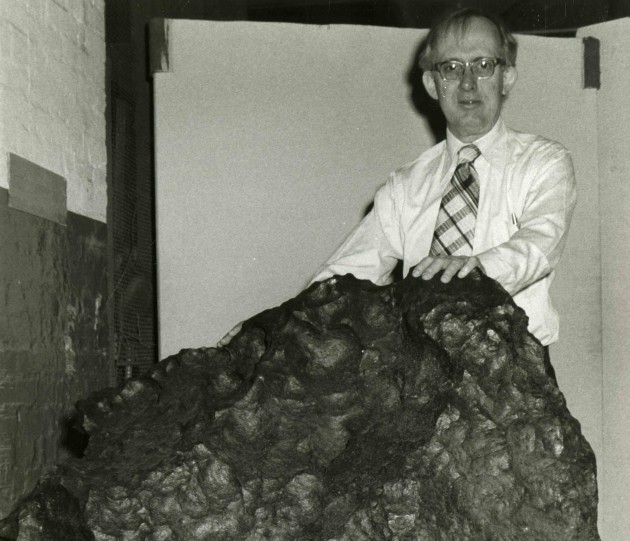 Roy Clarke, curator at the Smithsonian’s National Museum of Natural History, is shown in 1977 with the Old Woman Meteorite, the second largest meteorite ever discovered in the United States. It was found in March 1976 in the Mojave Desert some 167 miles east of Los Angeles, by two prospectors searching for a lost Spanish Conquistador gold mine rumored to be there. In September 1980, the Smithsonian sent most of the meteorite back to California to be placed on display at the Desert Discovery Center in Barstow. (Photo courtesy Smithsonian Institution Archives)