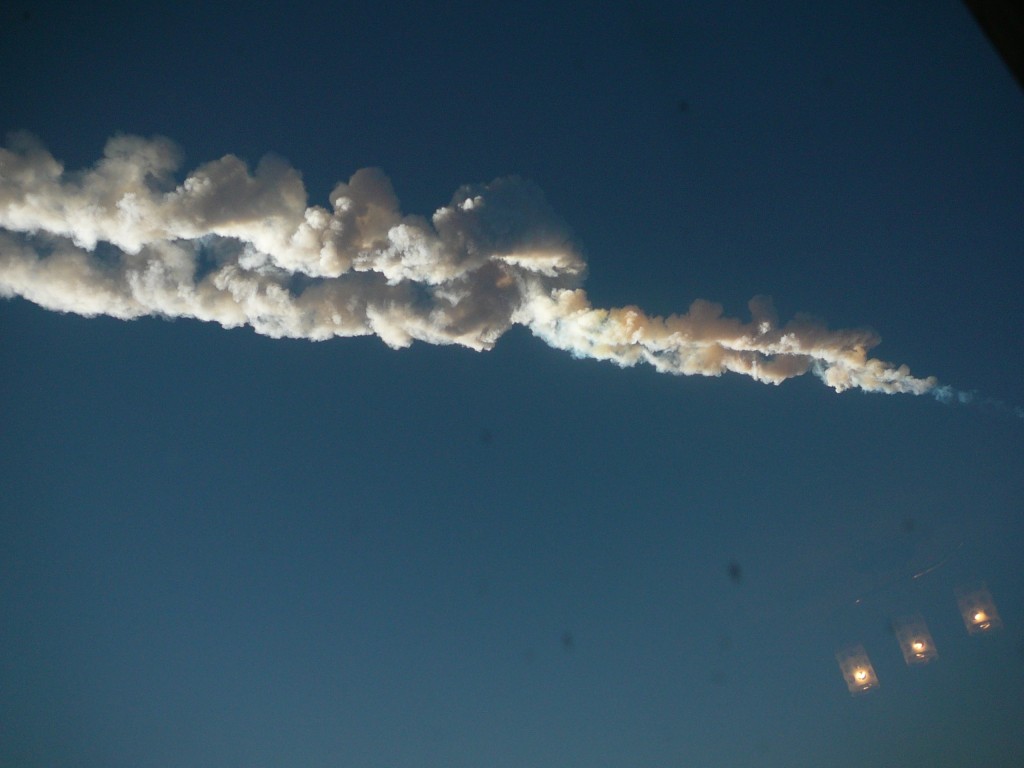 In the wake of the dramatic meteoric event which occurred this morning near Chelyabinsk, Russia, Smithsonian Science has invited Marc Fries, a research associate in the Smithsonian’s National Museum of Natural History and senior scientist at the Planetary Science Institute in Tucson, to answer some basic questions about meteorites. 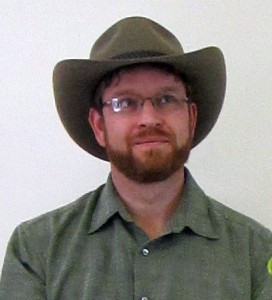 Q. Can you use the videos and eyewitness accounts to reconstruct exactly what occurred in the Chelyabinsk event from a scientific perspective?

A. Oh yeah, and there are some good ones here. There’s video of the fireball itself showing a very large, very bright and very violent event. There’s also a video of the shockwave reaching the ground….when the sonic boom reached the videographer, you hear breaking glass. There are also a few videos of the debris cloud in the sky. It was quite a powerful event.

What happened was a relatively large, relatively rare meteoroid struck the earth’s atmosphere. It was probably moving at a speed in the tens of kilometers per second, much faster than a rifle bullet. You can see in the videos that it glows brightly – it’s actually hotter than the melting point of stone at that point.

From the meteoroid’s point of view, it’s like firing a rifle bullet into a swimming pool – it’s a very, very violent event. Only a small fraction of the meteoroid will reach the ground, but this one was big enough that that small fraction probably contains quite a bit of material…some fairly large stones.

Q. At what point in the process did it break apart?

A. When it hit the atmosphere. A rough guess just from looking at the video… it was probably initially moving about 30 kilometers per second, somewhere in that neighborhood. Upon entering the atmosphere it has to slow down to its terminal velocity. If you drop an object and it has far enough to fall, it will reach its terminal velocity and won’t fall any faster. The thing had to go from 20 or 40 kilometers per second down to its terminal velocity of several hundred miles per hour, probably. It had to decelerate across that range of speeds in a matter of seconds. The fireball lasted maybe five seconds–it decelerated sharply. [The fireball is caused by friction with the atmosphere and most of the meteorid is vaporized before it hits the ground.]

That amount of stress and strain on a material is enough to break up most rocks – even iron meteorites, which are pretty tough. They usually come down in only a few pieces, but something of this magnitude is probably in several pieces. An iron meteorite created the meteor crater in Arizona some 50,000 years ago and they still find pieces of that. That one partially broke up in the atmosphere.

Q. If you examine the trajectory of this meteorite can you determine where it came from in space?

A. Yes. That’s done pretty routinely now. If you get a good handle on its direction, the angle below horizontal and its speed, then you can back calculate the orbit the thing had that led it to encounter the earth. That is done quite commonly with meteors nowadays. You can tell basically where this thing started out. You’d say, ‘Was it something from the asteroid belt or somewhere else?’ Today there are about a dozen different major meteorite finds that we know the orbit for.

Q. Is this anyway related to the large asteroid that is supposed to be passing the earth later this week?

A. I don’t know. The way to find that out would be to examine its trajectory. There are enough eyewitness reports that we should be able to put together a trajectory for this thing and see how well it matches the large one coming by later today.

Q. How does the size of this meteorite compare to the one that probably caused the extinction of dinosaurs?

A. Oh, that one was much larger. That one was large enough that it reached the ground in one large piece without being significantly slowed down by the atmosphere. The one we saw today we watched it break up in the atmosphere, so it’s much smaller. The speed at which an object is moving through space—at tens of kilometers a second—is called cosmic velocity. The meteorite that caused the extinction of the dinosaurs was so large that Earth’s atmosphere didn’t significantly slow its cosmic velocity.

Q. Are the pieces of meteorite hot when they hit the ground?

A. No – actually quite the opposite. They tend to be freezing cold. It’s a funny thing. Basically as they travel through space they are probably in the tens of Kelvin temperature range [50 degrees Kelvin equals -370 degrees Fahrenheit]. Although the fireball itself is extraordinarily hot—enough to melt stone—it only lasts a few seconds. There is not enough heat there to heat up the whole thing. So the effect you get is something like deep-fried ice cream. You can fry ice cream and end up with a crispy crust, but the inside is still frozen. That’s pretty much the same effect you get with meteorites. They’ll have a freshly molten outside but the inside will still retain the deep cold of space.

Q: Do you expect to soon see pieces of this new Russian meteorite for sale on the Internet?

A. It depends. I don’t know what Russia’s export laws are although there are Russian meteorites already for sale. Let me put it this way: there should be a lot of meteorites on the ground. It should be doable to figure out where to find them. We have very good eyewitness accounts and videos of this thing. It would be easy to piece together the trajectory of this meteorite and know where to look on the ground. If there’s a lot of snow on the ground you would probably have a real difficult time finding anything. I’d expect that material will be found and it will be up to the Russians as to what happens to it.

Q. How frequent are meteorite falls of this magnitude?

A. Roughly speaking, somewhere on earth there is a meteorite fall every day. But the vast majority of those are never found. Seventy percent of the earth’s surface is water, so there goes 70 percent of them. The rest of them occur during the day and go unnoticed by anybody.

Basically, for a meteorite to be found, it has to fall on land and at night when it can be seen and be near enough to somebody who wants to go searching for it. Even though there is roughly one meteorite fall per day on earth, there are only about 10 new meteorite falls discovered every year. There’s a database that keeps track of them, maintained by the Meteoritical Society and there were only four meteorite recoveries in the U.S. last year.

So, meteorite falls are not terribly rare but meteorite recoveries are very rare. Meteorites the size of this one in Russia probably occur once a decade, very roughly I guess. I don’t know how much material actually reached the ground.

Q: Do these rocks explode when they hit the ground?

A: They are falling in a free fall trajectory at that point. They are limited only by the speed of the atmosphere. Your typical meteorite—let’s say a meteorite you that you could hold in your hand—will reach the ground moving about 200 to 250 miles an hour. That’s fast enough to kill somebody, quite frankly. There was one in Lorton, Va., outside Washington, D.C., a few years ago that went through a building’s roof like it was butter. That thing was moving about 300 mph.

Q: Did our telescopes give any warning on this one?

A. Nope, it was too small for them to see. Also, depending on the trajectory, there are some trajectories they can’t watch for. Like anything basically coming out of the direction of the sun, those meteorites will always be a surprise.