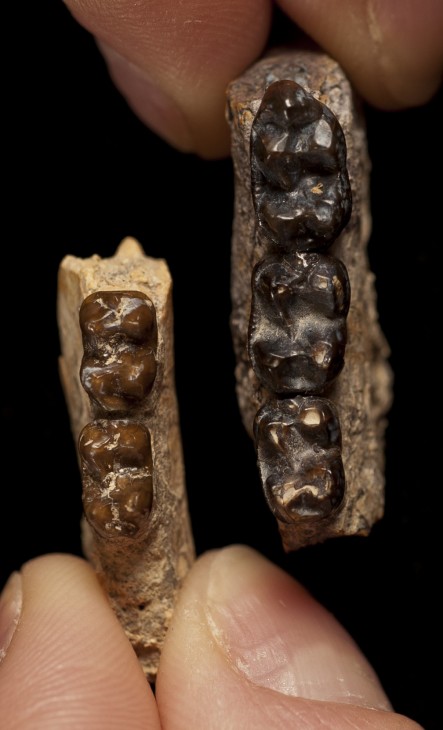 Paleontologists studying an extreme short-term global warming event have discovered direct evidence about how mammals respond to rising temperatures. In a study that appeared recently in the journal Science researchers from eight institutions including the Smithsonian’s National Museum of Natural History found a correlation between temperature and body size in mammals by following the evolution of the earliest horses about 56 million years ago. As temperatures increased, their body size decreased. Shown here are the are the teeth of the prehistoric horse Sifrhippus at its larger size (right) with teeth from the same species after its size shrank. (Photo by Kristen Grace, University of Florida.)