A mysterious cycle of booms and busts in marine biodiversity over the past 500 million years could be tied to a periodic uplifting of the world’s continents, scientists report in the March issue of The Journal of Geology.

The researchers discovered periodic increases in the amount of the isotope strontium-87 found in marine fossils. The timing of these increases corresponds to previously discovered low points in marine biodiversity that occur in the fossil record roughly every 60 million years. Authors of the study are Adrian Melott, professor of physics and astronomy at the University of Kansas, paleobiologist Richard Bambach of the Smithsonian’s National Museum of Natural History, Kenni Petersen of Aarhus University, Denmark, and John McArthur of University College London. 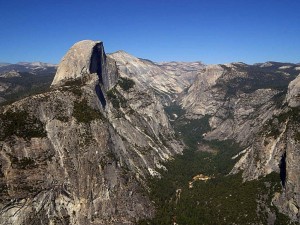 Melott, lead author, thinks the periodic extinctions and the increased amounts Sr-87 are linked. “Strontium-87 is produced by radioactive decay of another element, rubidium, which is common in igneous rocks in continental crust,” Melott says. “So, when a lot of this type of rock erodes, a lot more Sr-87 is dumped into the ocean, and its fraction rises compared with another strontium isotope, Sr-86.”

An uplifting of the continents, Melott explains, is the most likely explanation for this type of massive erosion event.

“Continental uplift increases erosion in several ways,” he said. “First, it pushes the continental basement rocks containing rubidium up to where they are exposed to erosive forces. Uplift also creates highlands and mountains where glaciers and freeze-thaw cycles erode rock. The steep slopes cause faster water flow in streams and sheet-wash from rains, which strips off the soil and exposes bedrock. Uplift also elevates the deeper-seated igneous rocks where the Sr-87 is sequestered, permitting it to be exposed, eroded, and put into the ocean.”

The massive continental uplift suggested by the strontium data would also reduce sea depth along the continental shelf where most sea animals live. That loss of habitat due to shallow water, Melott and collaborators say, could be the reason for the periodic mass extinctions and periodic decline in diversity found in the marine fossil record.–Source: University of Chicago Press Journals