Reptiles may be spreading deadly amphibian disease in the tropics 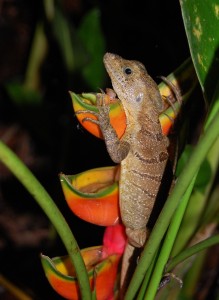 Reptiles that live near and feed upon amphibians in the tropics may be spreading the deadly amphibian disease Chytridiomycosis  (caused by the chytrid fungus Batrachochytrium dedrobatidis), holding and transporting reservoirs of the fungus on their skin, say researchers from the Smithsonian Tropical Research Institute and Canada’s McGill University. In fact, chytridiomycosis may not be strictly a disease of amphibians, as many believe. It also may be killing reptiles and be partially responsible for the noticed decline in reptile populations around the world.

In a study recently published in the journal Diseases of Aquatic Organisms, scientists took skin swabs from individuals of 13 different species of lizards and 8 different species of snakes caught in western and central Panama. DNA analysis of the swabs revealed that 16 percent of the lizards and 38 percent of the snakes carried the chytrid fungus on their skin. None of the reptiles that tested positive for the disease showed signs of infection or sickness comparable to what is observed in amphibians stricken with the disease. 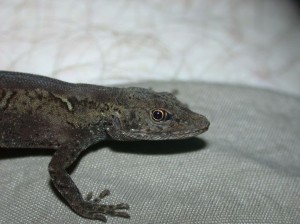 “Lizards and snakes will harbor Batrachochytrium dedrobatidis at non-pathological levels,” the researchers write, and infection in reptiles is highly plausible. “By potentially maintaining the pathogen in the environment without succumbing to the disease, these reptiles may be important vectors or reservoir hosts for Batrachochytrium dedrobatidis… and may allow virulent strains of it to spread.”

While the study presents no evidence that chytridiomycosis is lethal to reptiles, its presence on the skin of reptiles in areas that have witnessed the decline of both amphibians and reptiles in recent years is cause for concern, the scientists say. 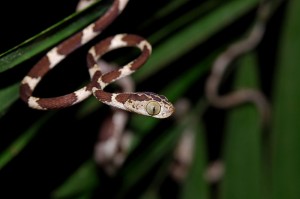 “Reptiles as potential vectors and hosts of the amphibian pathogen Batrachochytrium dendrobatidis in Panama,” by Vanessa Kilburn and David Green of McGill University and Roberto Ibanez of the Smithsonian Tropical Research Institute, was published in December in the journal Diseases of Aquatic Organisms.