DNA analysis has established that creatures captured by scientists from the University of Aberdeen’s Oceanlab during a voyage to the mid-Atlantic are members of the Torquaratoridae; a recently discovered family of acorn worms. 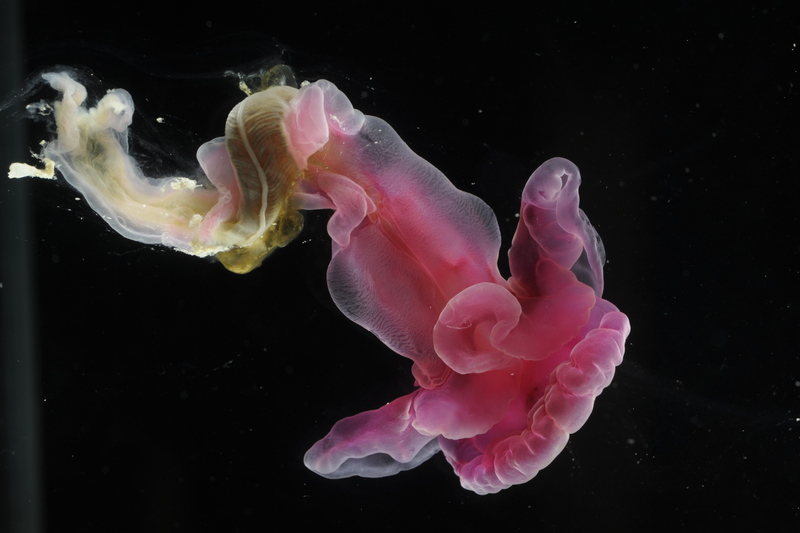 The identification of the delicate creatures–which could not be collected using the primitive deep sea grabs and dredges of previous centuries–may provide new insight not only into life in the deep sea but the evolution of life on earth.

The DNA analysis was conducted by Karen Osborn of the Department of Invertebrate Zoology of the Smithsonian’s National Museum of Natural History. A paper detailing the identification of the three new species was published Nov. 16 in Proceedings of the Royal Society Series B.

The Torquaratoridae, which were captured last year using a remotely operated vehicle launched from the RRS James Cook , have no eyes and no tail but manage to crawl along the sea floor harvesting food that has fallen from the surface. 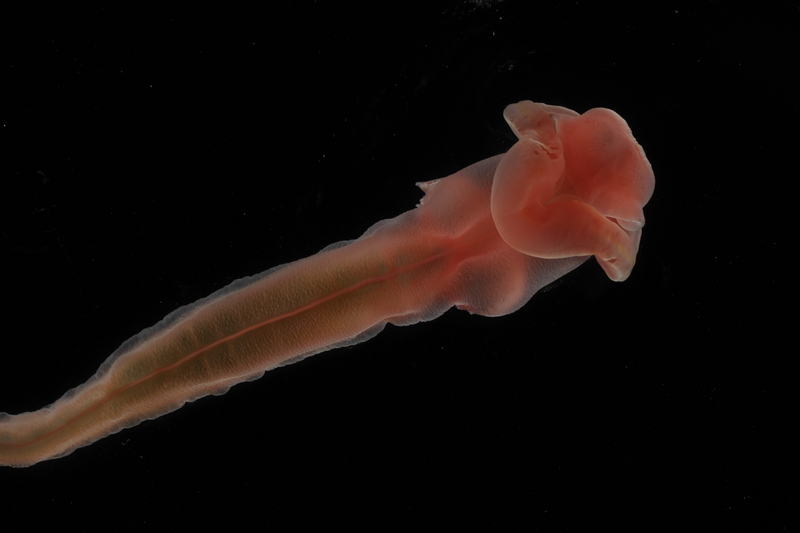 “The DNA analysis has shown the relationships of the three Atlantic specimens to the growing family tree of the Torquaratoridae,” says Monty Priede, director of the University of Aberdeen’s Oceanlab and leader of the expedition that retrieved the samples from the Atlantic. “The way is now clear to correctly describe and name these new species, which at present are just know by their colours, pink, purple and white.”

Acorn worms are known as a scientific curiosity, inconspicuous burrowing animals that are related to the ancestors of back boned animals. 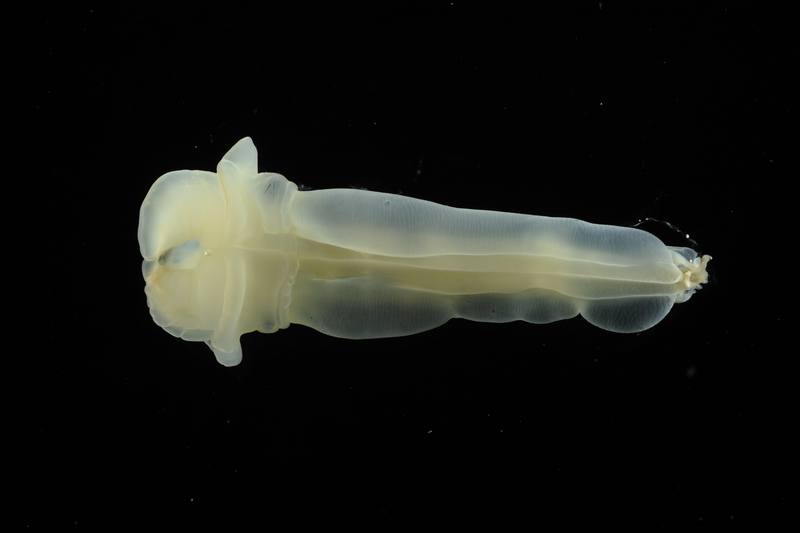 “They are perceived as an evolutionary dead end, having been surpassed by their cousins, the fishes which acquired tails became fast swimmers, conquered the oceans and gave rise to reptiles, mammals and birds,” Priede says.

“However the Torquaratoridae family of acorn worms has not stood still; on the contrary they crawl over the sea floor, ploughing nutritious sediment into the mouth and leaving a characteristic spiral trail behind. They have also been observed to make swimming movements lifting off the sea floor to drift on the currents between patches of suitable feeding territory.”

Priede added that expeditions to the deep sea, using remotely operated vehicles, were likely to lead to ‘an evolutionary explosion’ of these animals with 15 species discovered so far and many more likely to be found in coming years.”–Source: Office of External Affairs, University of Aberdeen, King’s College