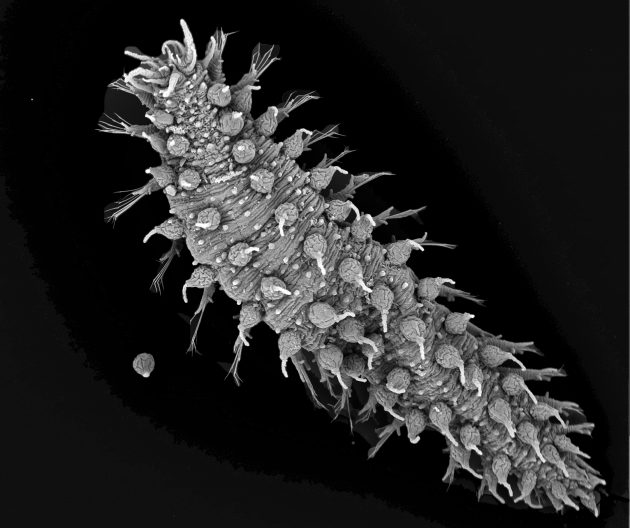 New species “Sphaerephesia amphorata” is covered with elongated macrotubercles having the characteristic shape of amphora, the pottery vases used since the Bronze Age by the Greco-Romans to transport liquids. (All images courtesy María Capa)

An extraordinary arrangement of bristles, wrinkles and wart-like bumps cover the cold skin of Sphaerephesia amphorata, a new deep-sea worm described and named by researchers at the Norwegian University of Science and Technology and the Smithsonian’s National Museum of Natural History.

Shaped like a cucumber and neatly dotted with rows of bulbous protrusions, S. amphorata is grotesque in an oddly beautiful way. Experts have no idea what the far-out features that cover its body do for the animal. This worm and a number of others are described or re-described in a recent paper in the journal ZooKeys.

At first, co-author Karen Osborn, Smithsonian research zoologist, was happy to help her friend María Capa from the Norwegian University of Science and Technology with a study of tiny marine worms. But when Osborn opened the jar containing the first specimen, doubt reared its wormy head.

“I thought, ‘Oh my goodness, what have I done?’ I don’t even see the specimen in here,” Osborn recalls. 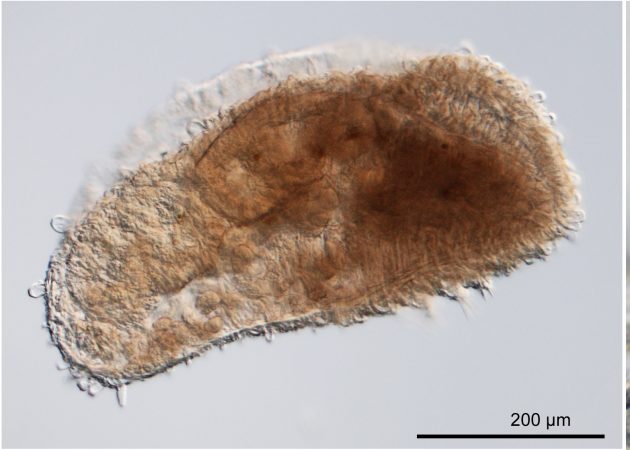 In this microscope image of “Euritmia carolensis” the worm’s transparent body wall allows scientists to study some of the internal organs and morphology of this new species. It is found in the Atlantic from North Carolina to New Jersey. (Image by María Capa)

Thankfully, powerful microscopes make it possible to study minute details of even the smallest animals. During a month-long visit to the Department of Vertebrate Zoology at the Smithsonian’s National Museum of Natural History and subsequent specimen loans from the collection, Capa was able to identify and describe two new species of these far-out looking worms.

Little is also known about the family of segmented worms that the new species belong to, but with this study scientists are gradually filling in the gaps. Called Sphaerodoridae after the spherical tubercles that cover their bodies, the worms are found in the ocean ranging from three meters down to the murkiest depths ever sampled by humans. They’re rare, live primarily in the mud, and can crawl.

A second newly named species, Euritmia carolensis, is equally enigmatic. This worm sports hinged bristles, called chaetae (pronounced kee-tee). While for most members of this species, the segment of bristle that extends past the hinge is short, these worms have long blade-like segments. Researchers aren’t quite sure of the function of the blades; in other species the hinge aids locomotion—it could improve these worms’ grip, making it easier for them to move around in the soil. 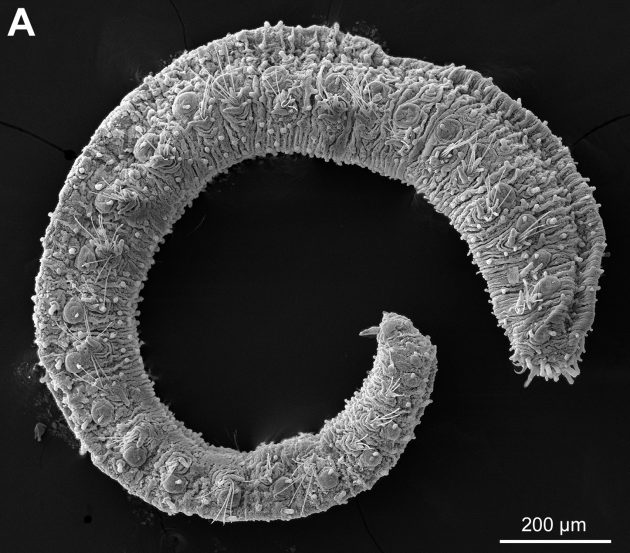 Specimens of the marine worm “Ephesiopsis guayanae” in Smithsonian collections come from marine waters in Dutch Guayana Surinam, Rio de Janeiro, New Jersey and Maryland. First named in 1971, it was re-described in this recent study.

Or it could mean E. carolensis isn’t soil-bound at all. “Long chaetae with broad blades like that are sometimes indicative of things that get up and swim around once in a while,” Osborn points out.

To study the worm specimens, Capa dehydrated the jar-stored specimens which reside in a Smithsonian collection that she fondly refers to as “Sphaerodorid heaven.” Next she mounted them on holders, and used powerful scanning electron microscopes to create incredibly high-resolution pictures.

She meticulously worked through all the jarred specimens collected during the Atlantic Slope and Rise Program, an expedition in the North West Atlantic Ocean during the mid-1980s. Both S. amphorata and E. carolensis were collected off the coast of the Carolinas in the ocean’s twilight zone, the dimly lit stretch of ocean below the bright surface. 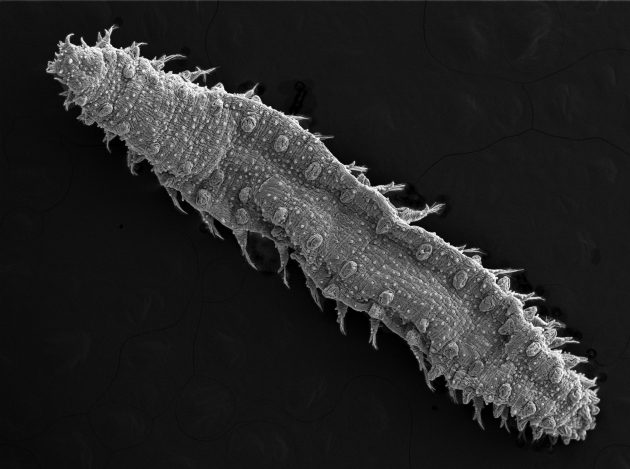 The worm “Sphaerodoropsis corrugata” comes from New England and was re-described in the recent study.

Wagner Magalhães from the University of Hawaii at Manoa, who was not involved in this research, is pleased to see these marine worms finally receive the attention they deserve.

“I believe that this is one of the main strengths of the paper, to reduce the gap between collection of biological material and description. There are possibly thousands of new species already catalogued with provisory names in museum collections awaiting description and not enough taxonomists to do it,” Magalhães writes in an email.

The Smithsonian’s National Polychaete Collection—composed of the class of segmented worms to which these newly discovered worms belong—contains many such collections awaiting careful examination. Discoveries like S. amphorata and E. carolensis are the norm, not the exception. 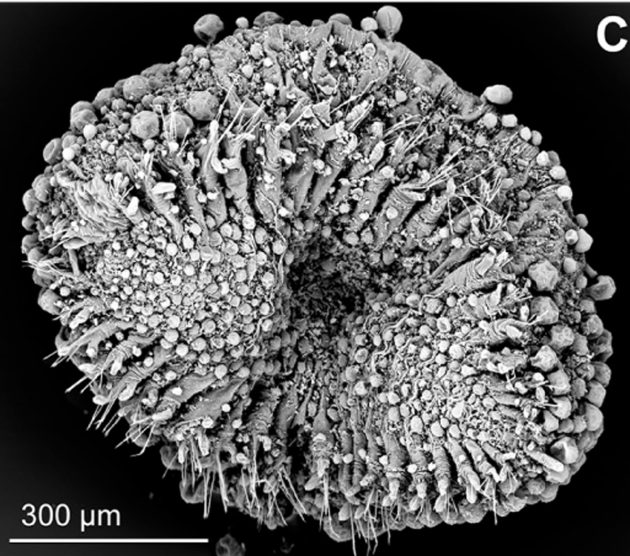 “Sphaerodoridium minutum,” ventral view, is another marine worm re-described in this recent study.

Capa is currently at work on another project that may reveal even more new species. This time she’s focusing on Sphaerodoridae from the other side of the Atlantic to learn how the fauna from opposite sides of the same ocean compare.

But what is the point of studying such enigmatic and miniscule worms?

“They may be the specific food or they may be hosting some type of bacteria that’s really important to the function of deep sea sediments. Who knows?” Osborn says. “We just don’t know enough about how everything works to be able to say, ‘Oh, those things are not important.’”