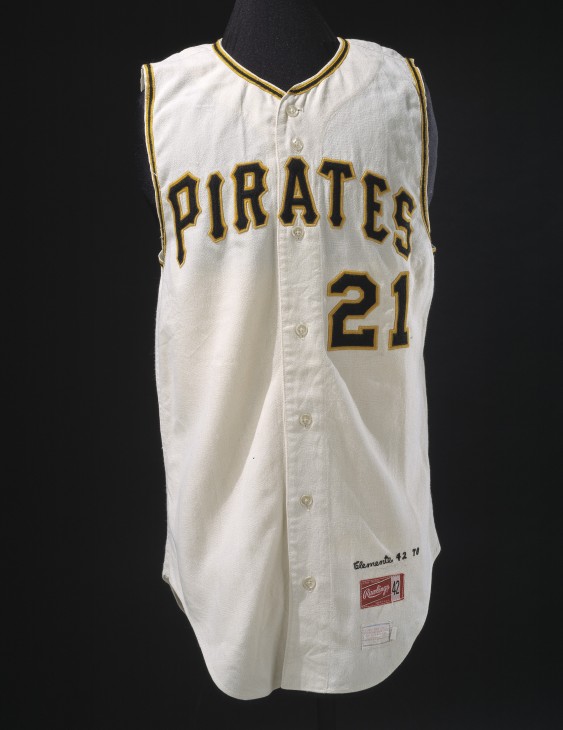 Roberto Clemente was a legend in life and death—a baseball star and a symbol of Latin American pride. In his 18 seasons with the Pittsburgh Pirates (1955-1972), “The Great One” proved to be an outstanding player, winning four National League batting titles and leading National League outfielders in assists in four seasons. Clemente was often outspoken about his perceptions of prejudice toward Hispanic players and was a frequent participant in the social issues and campaigns of the 1960s. He was an advocate of Hispanic civil rights and a close associate of the Rev. Martin Luther King Jr.

Inducted posthumously in 1973, he was the first Latin American to be included in the National Baseball Hall of Fame.

Clemente’s accomplishments raised him to stardom, yet he never forgot his heritage and the prejudice he faced. He fought for the recognition of his fellow Latino ballplayers, helped people in need across the U.S. and Central America, and held free baseball clinics for children in native Puerto Rico. In 1972, while delivering supplies for victims of a Nicaraguan earthquake, Clemente died when his plane crashed off the coast of Puerto Rico.

This item is one of 137 million artifacts, works of art and specimens in the Smithsonian’s collection. It is not currently on display and is in the permanent collection of the National Museum of American History.