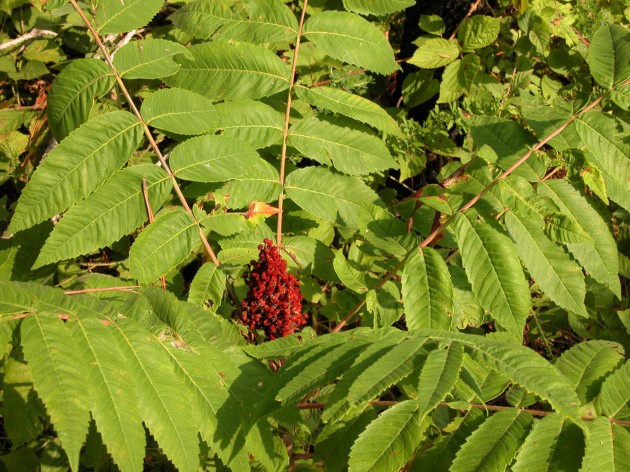 It is one of the rarest shrubs in the southeastern United States but for scientists trying to save it, the critically endangered Michaux’s sumac (Rhus michauxii) is not cooperating. So far botanists have exposed the hard-, thick-coated seeds of this native North American plant to boiling water, dry heat up to 284 degrees Fahrenheit and flames from a propane blowtorch to try to coax them into germination. Nothing has worked. “Complete understanding of the germination requirements of endangered plants is an absolute requirement to effectively manage populations,” Smithsonian research associate Jay Bolin and botanists Marcus Jones and Lytton Musselman write in a recent paper on this plant in “Native Plants Journal.” So far, however, Michaux’s sumac has not given up its secrets. 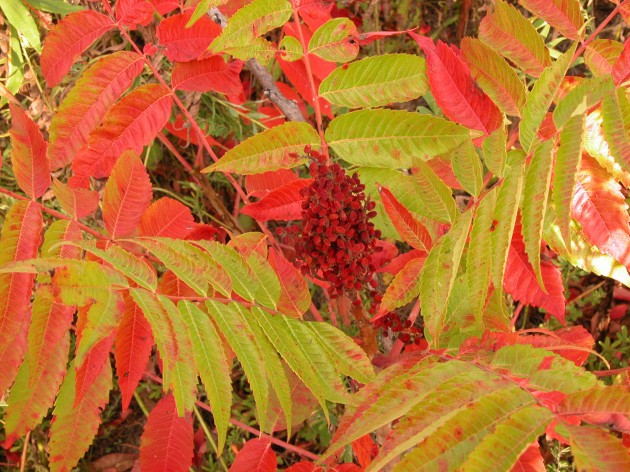 Because Michaux’s sumac grows only in areas with few trees where the vegetation has been disturbed, it has long been assumed that its seeds germinate naturally following exposure to the high-temperatures of a brush or forest fire. Decline of this plant has been attributed to the prevention and suppression of brush and forest fires by humans. In Virginia it grows in only two places: on the grounds of the Virginia Army National Guard Maneuver Training Center in Fort Picket and a mowed railway right-of-way in an undisclosed location.

In a recent series of germination experiments, the scientists exposed different sets of Michaux’s sumac seeds to dry heat temperatures of 140, 176, 212, 248 and 284 degrees Fahrenheit, some sets for 5 minutes and other sets for 10 minutes. (The temperatures were determined based on maximum wildfire surface temperatures and burn times recorded in southeastern U.S. forests.) The researchers found that temperatures above 212 degrees F. killed the seeds. Lower temperatures had virtually no impact on breaking the seed’s dormancy. 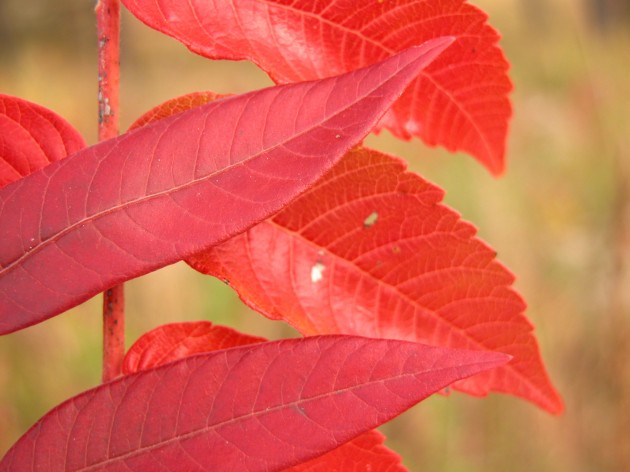 The highest germination rates—30 percent—occurred after sulfuric acid was poured on Michaux’s sumac seeds and allowed to scarify (dissolve and weaken) the seed coats. This finding, from an experiment done in 1996, has led the researchers to their next experiment using birds. “We are going to feed the seeds to quail and wild turkey to determine if that breaks the seed dormancy,” says Bolin, a research associate with the Department of Botany at the Smithsonian’s National Museum of Natural History and an assistant professor at Catawba College in Salisbury, N.C. Seed passage through the digestive tracts of frugivorous (fruit eating) birds (and exposure to the acid in the bird’s stomachs) may break the physical dormancy of these seeds and help disperse them as well, the scientists write.