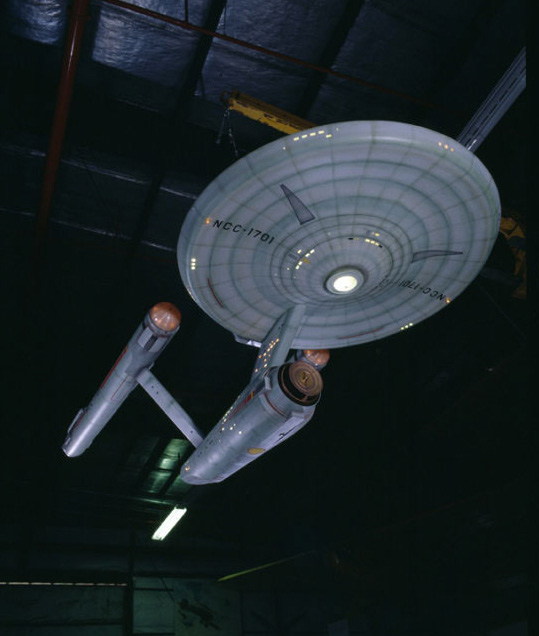 This model of the fictional starship Enterprise was used in the weekly hourlong “Star Trek” TV series that aired September 1966 to June 1969. Despite its short initial run, “Star Trek” became one of the most popular shows in the history of television. The original Star Trek followed the interstellar adventures of Capt. James T. Kirk and the crew of an exploration vessel of a 23rd-century galactic “United Federation of Planets”—the Starship Enterprise.