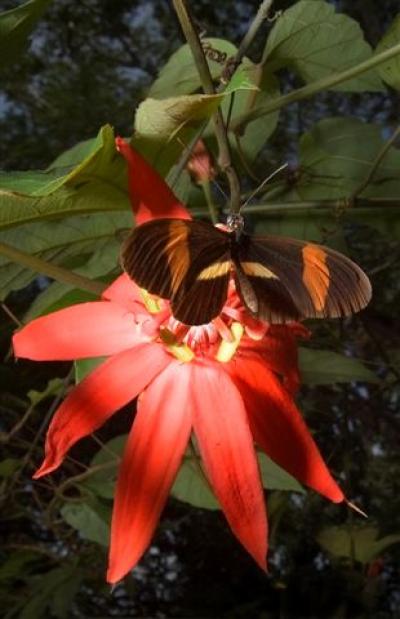 Among humans red may mean STOP or I LOVE YOU! A red splash on a toxic butterfly’s wing screams DON’T EAT ME! In nature, one toxic butterfly species may mimic the wing pattern of another toxic species in the area. By using the same signal, they send a stronger message: DON’T EAT US!

Now several research teams that include Smithsonian scientists in Panama, have discovered that Heliconius butterflies mimic each other’s red wing patterns through changes in the same gene.

Because different butterfly species evolved red wing patterns independently, resulting in a huge variety of patterns we see today, researchers thought that different genes were responsible in each case. 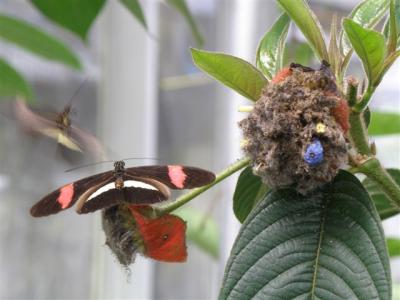 “The variety of wing patterns in Heliconius butterflies has always fascinated collectors,” said Owen McMillan, geneticist at the Smithsonian Tropical Research Institute, “People have been trying to sort out the genetics of mimicry rings since the 1970’s. Now we put together some old genetics techniques and some newer genomics techniques and came up with the very surprising result that only one gene codes for all of the red wing patterns. The differences that we see in the patterns seems to be due to the way the gene is regulated.” 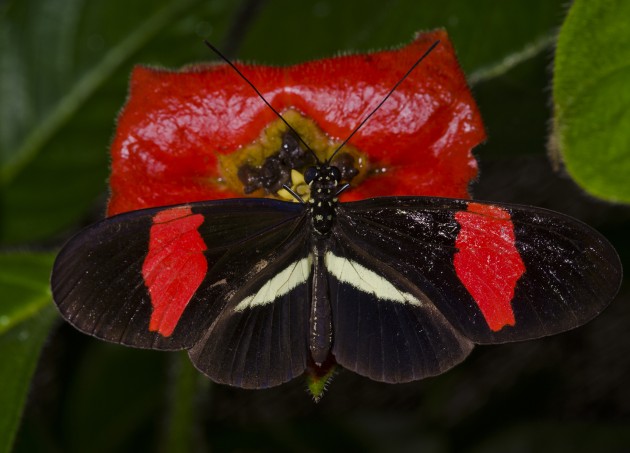 First the team used genetic screens to look for genes that are turned on differently in butterflies with red wing patterns and lacking in other butterflies without this pattern. When they discovered a promising gene, they used stains to show where this gene was expressed on butterfly wings showing different patterns. They found the gene to be expressed exactly where red pigment occurs in the wings in every case. The match was so perfect that they could identify subtle differences in red patterns between species using these stains.

They combed genetic libraries—gene banks— to see if the gene they found matched genes characterized in other studies. “We found that the same gene that codes for the red in Heliconius wings was already identified as a gene called optix that is involved in eye development in other organisms,” said co-author Heather Hines, “It is intriguing that the ommochrome pigments that color these wings red are also expressed in the eye. How the optix gene codes for wing color raises a host of new questions.”

“Tropical biologists have been striving for centuries to explain what it is that makes life in the tropics so biologically diverse,” said STRI Director, Eldredge Bermingham, “Now this group has discovered that a single gene underlies one of the most spectacular evolutionary radiations in nature! Perhaps the genetic basis for diversity will turn out to be far more simple than we expected.”