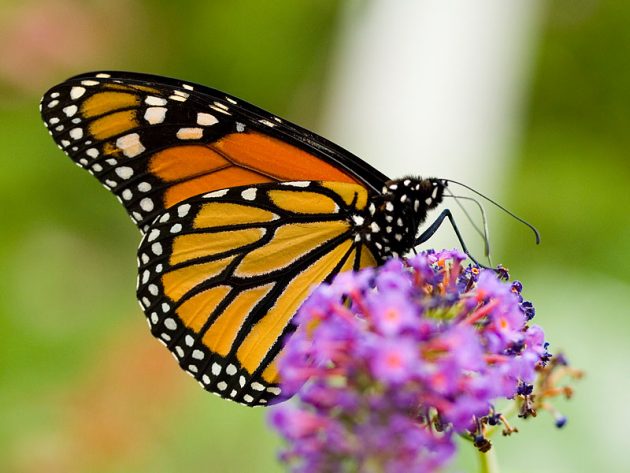 A monarch butterfly (Photo by richiebits)

Spending time in a beautiful garden can be transformative. In fact, some visitors to the Smithsonian’s Mary Livingston Ripley Garden in Washington D.C. have taken this quite literally.

Throughout the past summer and fall, dozens of monarch butterflies have chosen the Ripley Garden to lay their eggs. Then, while people admired its variety of plants and flowers, the monarch caterpillars were busy eating, growing and then pupating into one of the most recognizable butterfly species in North America before beginning their long journey south.

Since we were host to so many monarchs this year in all stages of their life, Smithsonian Insider decided to check in with one of the Smithsonian’s most knowledgeable monarch experts, conservation biologist Alfonso Alonso from the National Zoo’s Smithsonian Conservation Biology Institute, and ask him a few monarch-minded questions.

Q: Why do monarch caterpillars only eat the leaves of the milkweed plant?

Alonso: It’s a defense mechanism. Milkweed contains chemicals known as cardiac glycosides that protect the plant from being eaten by animals. But a few insects have broken through the milkweed’s chemical defense. By feeding on milkweed’s toxic leaves, the caterpillars ingest the chemicals, which in turn protects them from being eaten by predators. And the chemicals stay in their body, even after they’ve become a butterfly. Monarch butterflies have the highest concentration of the chemicals in their wings, the most colorful and exposed parts of the butterfly.

Q: How long does it take for a monarch caterpillar to change into a butterfly?

Alonso: The time that a monarch caterpillar takes to grow into an adult butterfly fully depends on the ambient temperature, the condition of the host plant, and the time of the year. A monarch caterpillar hatches 2-3 days after its mother lays its egg on a milkweed plant. 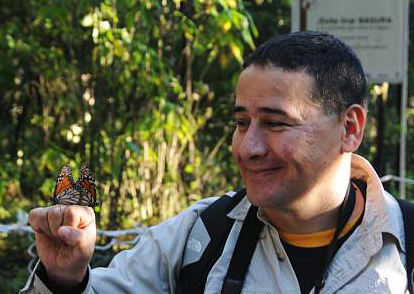 As the caterpillar grows, it goes through five stages, known as instars, shedding its skin each time to accommodate its growing body. During the first instar, the tiny caterpillar first feeds on the eggshell after hatching and then proceeds to eat the leaves of its host milkweed.

Many caterpillars don’t make it after this stage. The lucky ones, however, shed their skin and go into the next phase every 3 to 4 days. So it is about 15 to 20 days before the caterpillar begins to pupate.

Q: What’s the difference between a chrysalis and a cocoon?

Alonso: A chrysalis is the pupal stage of most day-time butterflies, including monarchs―it occurs between the larva and adult stages. The term “chrysalis” is derived from the metallic gold-coloration characteristic of this stage. A fully-grown caterpillar makes a button of silk that it uses to fasten its body usually to a flat surface. 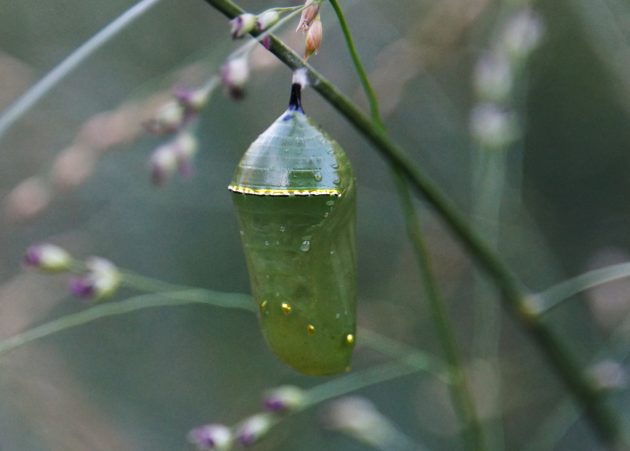 Chrysalis of a monarch butterfly (Photo by Johnny Gibbons)

In the case of both the chrysalis and cocoon, the emerging insects escape in several ways. Some emerge by cutting their way out. Some structures are constructed with built-in lines of weakness that tear easily from inside. Others have exit holes.

Q: When the adult monarch butterfly migrates, where does it go?

Alonso: Each fall, monarch butterflies east of the Rocky Mountains migrate from Canada and the United States to Mexico. They take two months or more to travel 3,000 miles and reach their overwintering location in central Mexico.

Monarchs spend most of their visit, from early November to the end of March, clustered in trees, occasionally flying to water to hydrate. Amazingly, the same individual that migrated to Mexico flies back to the Southern United States in the spring. There, they find patches of freshly emerged milkweed where they mate, lay eggs, and eventually die.

Their offspring continue to move north as milkweed plants grow in the progressing spring. The second and third generations eventually colonize the rest of North America east of the Rockies. By August and September, monarchs sense the days getting shorter and temperature getting cooler and start to get ready for the fall migration. (Monarchs west of the Rocky Mountains migrate to overwintering sites in California.)

Q: Are monarchs the most common butterfly in America?

Alonso: The monarch butterfly is one of the most familiar butterflies in the world. They are easy to recognize due to their bright orange and black colors. Artists, teachers, educators and researchers enjoy using them as examples of beauty and biology. However, despite how much people love monarchs, there has been a steep decline in their population in the past 20 years. 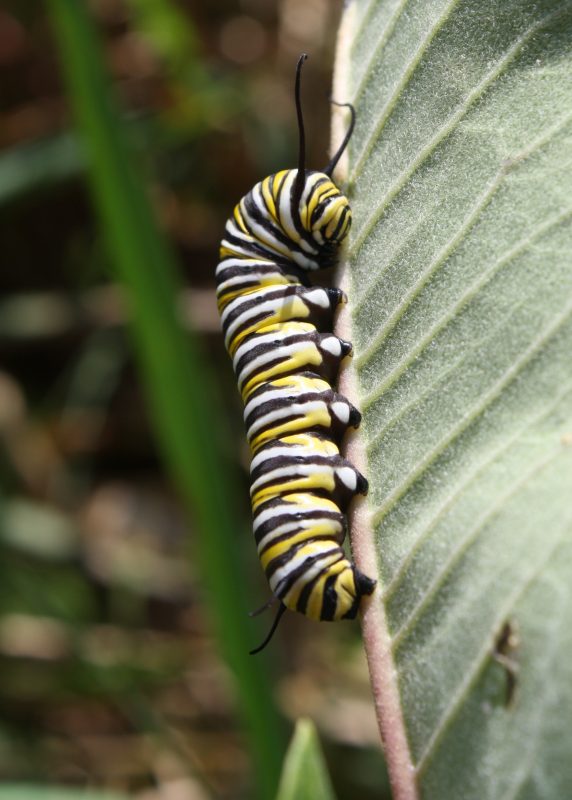 A monarch caterpillar (Image by U.S. Fish and Wildlife Service)

Researchers gauge the monarch population by monitoring the amount of acres the winter population occupies in Mexico, knowing that each acre can hold up to 15 million monarchs. In the 1990s monarchs occupied on average 18 acres in Mexico―that’s more than 250 million butterflies! The population took a major dip, however, in the 2013-2014 overwintering season, with just a little more than one acre being occupied by monarchs (equivalent to about 15 million butterflies).

Fortunately, in the 2015-2016 overwintering season, monarchs reached 8 acres, with an estimated 120 million individuals. We’ve found that the decline in these winter populations has a strong correlation to loss of good monarch habitat across North America. There has also been a steep increase in the use of herbicides in soy and corn plantations.

We all can contribute to the recovery of monarch butterflies by planting native milkweeds, avoid using herbicides, and promoting native plants that flower in September-October upon which monarchs can feed as they migrate south.