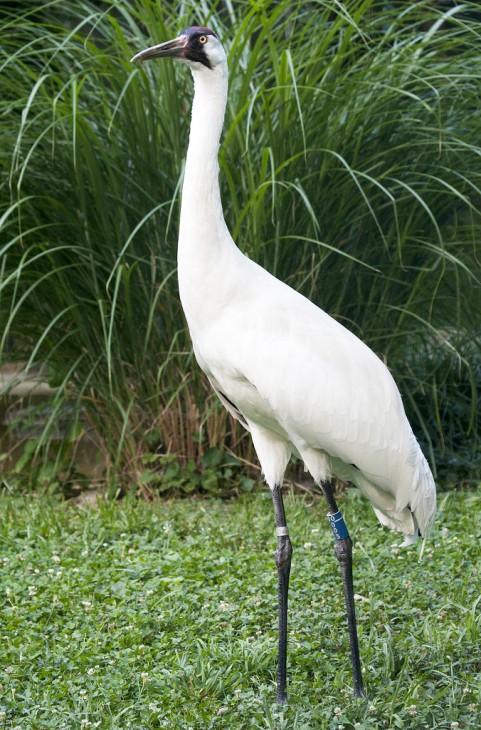 The Smithsonian’s National Zoo has a new addition: Rocky, a male whooping crane (Grus americana). This is the first time the Zoo has exhibited this species in 88 years.

Visitors can see Rocky on exhibit at the Zoo’s Bird House and learn about this endangered species, which was reduced to only an estimated 21 individuals in 1938 due to hunting and agricultural expansion. Their population, however, is now on the rise and scientists at the Smithsonian Conservation Biology Institute will also be looking to Rocky to help them determine the impact of genetic diversity on whooping crane sperm quality and fertility rate in captivity.