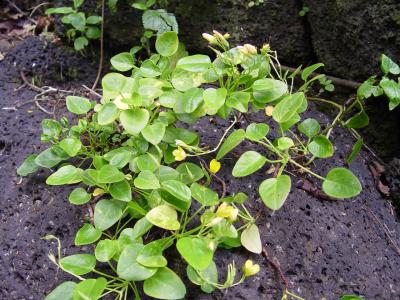 Recent botanical exploration efforts in the rugged Marquesas Islands (French Polynesia) have increased the known flora of the archipelago by an impressive 20 percent. Field research and collecting in conjunction with the Vascular Flora of the Marquesas Islands and Flore de la Polynesie française projects have yielded 62 new species of ferns and flowering plants bringing the total native species to 360, of which 18 are newly described and illustrated in a special issue of PhytoKeys. 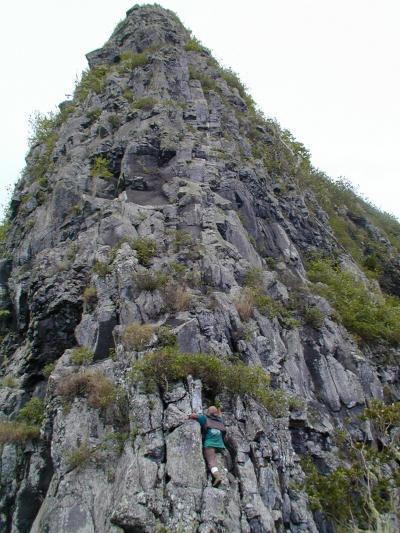 New findings by researchers from the National Tropical Botanical Garden the(David H. Lorence) and Smithsonian’s National Museum of Natural History (Warren L. Wagner), in collaboration with French IRD and French Polynesian researchers, have brought to light 18 new species and one new variety of ferns and flowering plants from the rugged Marquesas Islands. Since 1988, 62 new species have been described in conjunction with the Vascular Flora of the Marquesas Islands and the Flore de la Polynésie française projects, representing a 20% increase in the known native flora. Ten precursor papers by the authors and collaborators describing the new species were published in issue the open access journal PhytoKeys.

According to senior project leader David Lorence, “Intensive field work has revealed that most of these new species are extremely rare and localized endemics, often confined to a single island. Many are known only from one or two localities harboring intact native vegetation that have so far escaped pressures from invasive plant species and feral animals. Consequently we assigned preliminary IUCN Red List ratings of Critically Endangered (13), Endangered (5), or Vulnerable (1) to these new species.” Over 6,000 herbarium specimens collected by field botanists were pressed, dried, and distributed to collaborating institutions in Tahiti, Hawaii, Washington DC, Paris, and elsewhere for study by botanical specialists. Ferns comprise an important element of the Marquesas flora, and 11 of the 18 new species are ferns. In addition, the botanists collected numerous new island records for native species and documented non-native, potentially weedy species that comprise about half of the islands’ flora.

As this project clearly shows, the biodiversity of many tropical islands is still poorly documented and explored. Field work and biological inventories of this type are essential to enhance our knowledge of insular biodiversity and provide critical information for conservation of these organisms and their habitats. However, staffing and funding for this type of work are scarce. Results of this project are available on an Internet-based resource hosted on the Smithsonian’s Department of Botany website, which provides access to a database with species descriptions, photos, distribution, literature, specimens lists, and other information: http://botany.si.edu/pacificislandbiodiversity/marquesasflora/index.htm.

The final goal of this project is publication of a comprehensive two-volume book covering the Vascular Flora of the Marquesas Islands, a goal which is nearing completion with the publication of these new species.