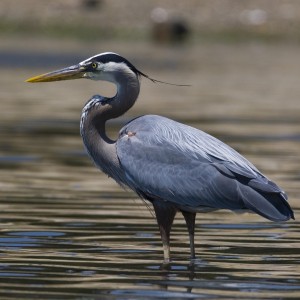 The Everglades National Park in Florida is home to hundreds of species of native wildlife. It has also become the well-established home of the non-native Burmese python—known to be a predator of native species. Now scientists, for the first time, have conducted a detailed analysis of the avian component of the python’s diet and the negative impact the snakes may have on Florida’s native birds, including some endangered species. 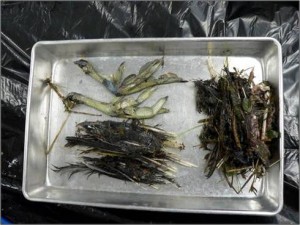 The remains of an American coot recovered from the intestinal tract of a Burmese python captured in Florida.

The Burmese python (Python molurus bivittatus), native to Southeast Asia, was first recorded in the Everglades in 1979—thought to be escaped or discarded pets. Their numbers have since grown, with an estimated breeding population in Florida in the tens of thousands. As researchers investigate the impact of this snake in the Everglades, scientists from the Smithsonian Institution, South Florida Natural Resources Center and the University of Florida examined the snake’s predation of the area’s birds. They found that birds, including endangered species, accounted for 25 percent of the python’s diet in the Everglades.

“These invasive Burmese pythons are particularly hazardous to native bird populations in North America because the birds didn’t evolve with this large reptile as a predator,” said Carla Dove, ornithologist at the Smithsonian’s Feather Identification Lab in the National Museum of Natural History. “Conversely, the python is able to thrive here partly because it has no natural predator to keep its numbers in check.” 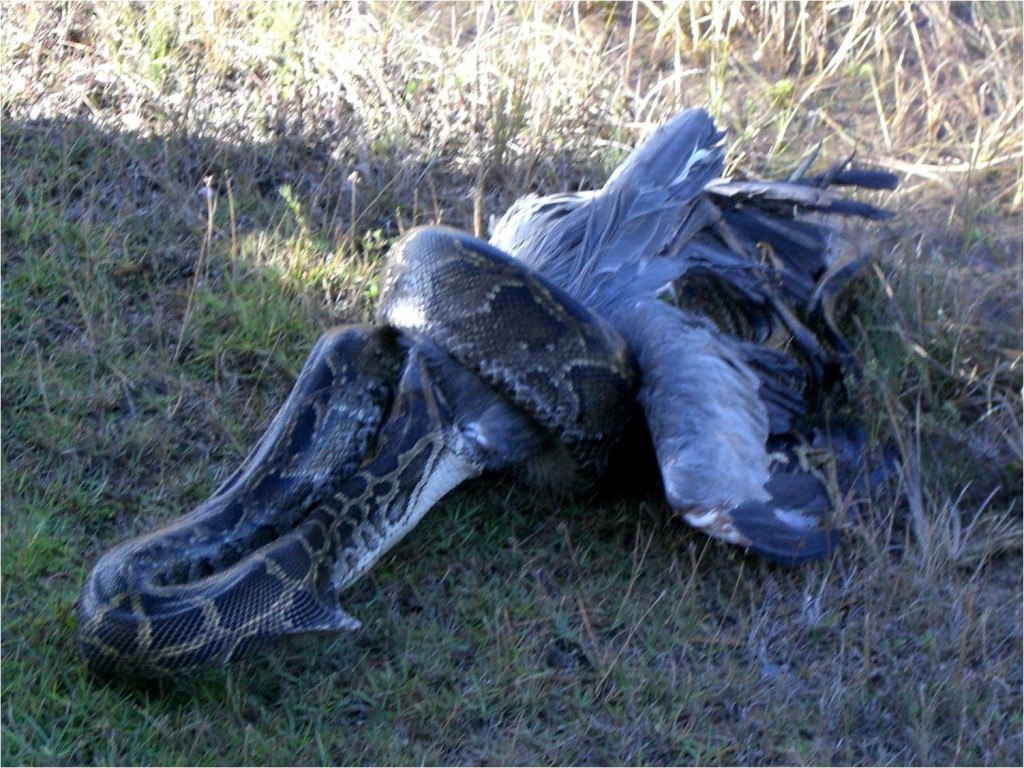 A Burmese python eats a great blue heron in Florida. 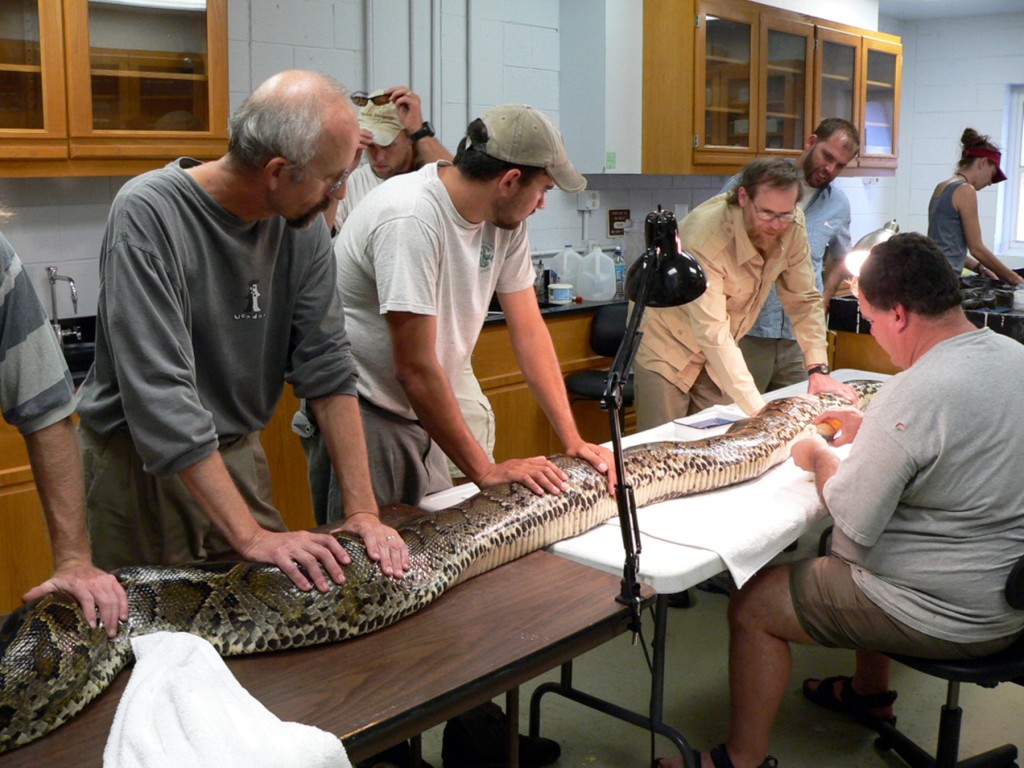 “These pythons can also inhabit a wide variety of habitats, so their impact is not restricted to just the native species within the Everglades,” Dove said. “The python’s high reproductive rate, longevity, ability to consume large prey and consumption of bird species are causes for serious conservation and control measures.”

The team’s findings are published in the scientific journal BioOne, March 2011.