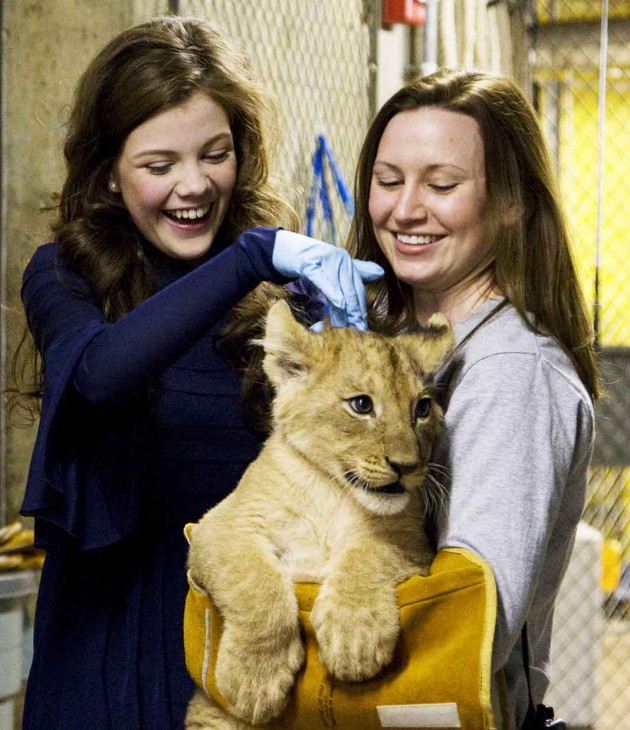 National Zoo lion keeper Rebecca Stites, at right in photo, was joined by Georgie Henley, at left in photo, and Skandar Keynes, actors in the new motion picture “Chronicles of Narnia: The Voyage of the Dawn Treader,” on Dec. 9  to name one of  seven African lion cubs now living at the Zoo.  The male cub was named “Aslan,” after the great lion who is the central character in The Chronicles of Narnia series of novels by C.S. Lewis. (Photo by Mehgan Murphy)