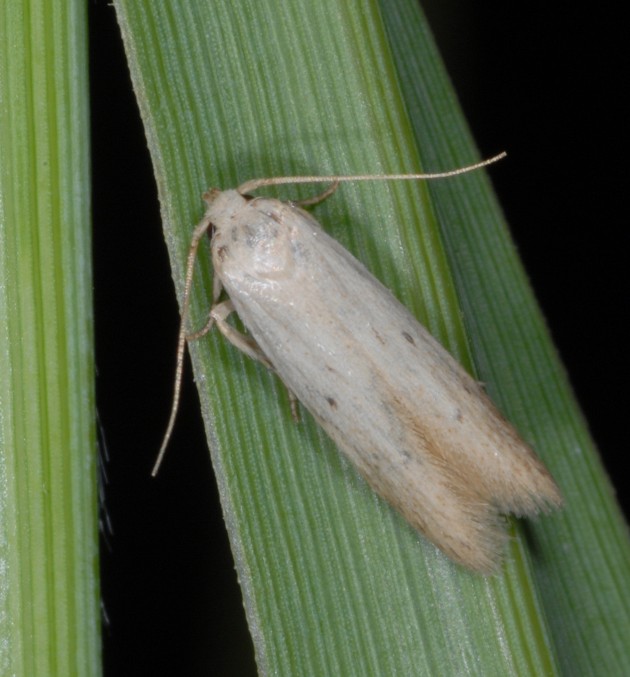 Scientists are learning more about the life stages and biology of an insect that may compete with humans for the energy crops of the future—an insect some scientists are calling the switchgrass moth.

In an recent article in the journal Zootaxa, researchers from the Smithsonian Institution, South Dakota State University and the University of Nebraska, for the first time described the immature stages of the insect species Blastobasis repartella, first described in scant detail from two male specimens of the adult moth collected in Denver, Colo., in 1910. The article re-describes the adult insect far more closely and discusses some aspects of its biology in relation to its host plant, switchgrass. Blastobasis repartella bores into the stems of switchgrass.

The insect has gain come to the attention of agricultural scientists because native grasses like switchgrass are being considered as candidates for the large-scale production of cellulosic ethanol, a next-generation biofuel. 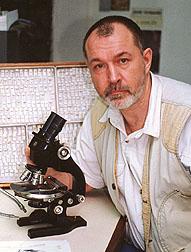 Already in May 2004 at the Dakota Lakes Research Farm of South Dakota State University, professor Arvid Boe, a forage and biomass grass breeder, and postdoctoral research associate DoKyoung Lee estimated that up to 40 percent of new tillers of a few scattered plants of switchgrass were lost to the caterpillar of the switchgrass moth.

Paul Johnson, curator of SDSU’s Severin-McDaniel Insect Research Collection and a research associate in the Entomology Department of the Smithsonian’s National Museum of Natural History in Washington, D.C., collected adult moths using simple emergence traps in 2008, and estimated their population densities. SDSU scientists first suspected the stem-borer might be a new species. But David Adamski, entomologist with the USDA’s Agricultural Research Service, research associate at the Smithsonian, and a specialist in small moths, ultimately identified the insect. 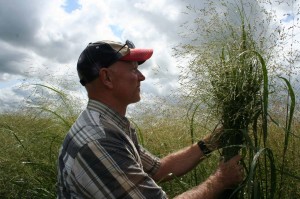 Adamski is the lead author of the journal article. Professors Paul Johnson and Arvid Boe, both of South Dakota State University, are co-authors, along with J.D. Bradshaw of the University of Nebraska-Lincoln and Alan Pultyniewicz of Columbia, Md.

The journal article notes that while some Blastobasis species feed on various grasses, Blastobasis repartella “appears to be restricted to switchgrass.” 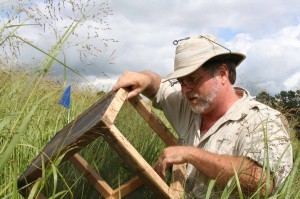 The journal article notes that switchgrass larvae are presumably inactive during the coldest months. They were found to be active in South Dakota when plants were brought into the greenhouse in early spring and forced into early growth. In the field, mature larvae are commonly found actively feeding in late May.

Adults of Blastobasis repartella are nocturnal with a peak of activity during the pre-sunrise hours. In eastern South Dakota, adult activity occurs primarily from mid-July to mid-August. Seasonal peak adult activity related to reproductive behavior was measured by the frequency of arriving males (40–50 males per night and occasionally exceeding 75 males per night) at cages containing calling females.

There is no evidence to suggest the occurrence of a second generation or overlapping cohorts in either South Dakota or Illinois populations, the researchers say. This is consistent with the single per year growth of switchgrass and appears to correlate with geographic variations in growing season differences of switchgrass, Boe said.–Lance Nixon, South Dakota State University