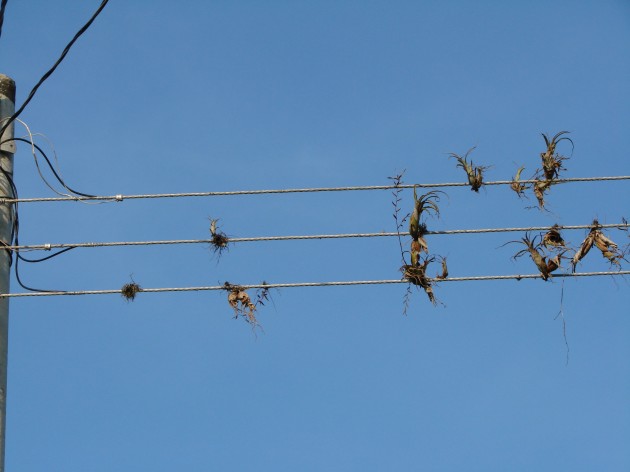 A common epiphytic plant that pulls the nutrients it needs to live out of thin air has been conducting a high-wire act in Panama. Wind-born seeds of the bromeliad Tillandsia flexuosa have long been lodging, sprouting and appearing to thrive in the grooves of aluminum-wire wrapped electric power lines. These plants grow unprotected in the blazing tropical sun using a thick layer of water- and nutrient-absorbing scales to pull sustenance from the air. Their roots hold them fast to the cable.

Recently, botanists Gerhard Zotz of the Smithsonian Tropical Research Institute and Stefan Wester of the University of Oldenburg in Germany decided to take a closer look at these high-wire bromeliads. They were interested to find out how the growth and survival rates of these plants on electrical cables compared to the growth and survival of plants of the same species growing in trees–their natural environment. 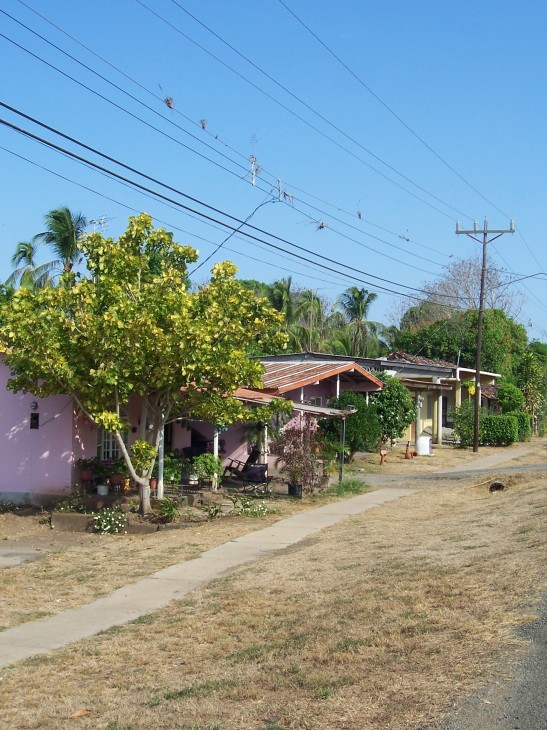 During a two-year study the pair surveyed some 1,400 T. flexuosa specimens living on 1250 meters of electrical cable, as well as nearby plants of the same species growing on tree limbs. The cables were 8.25 millimeters in diameter and consisted of multiple aluminum wires woven around a single steel cable, giving them a rough surface upon which the seeds and plants can cling. Before their study the scientists observed that most of the cable-growing T. flexuosa lived on cables near roads, leading them to theorize that the dust kicked-up by cars and other vehicles provided adequate nutrients for the plants to flourish.

Although the high-wire T. flexuosa appeared to be thriving, Zotz and Wester found the cables were actually a hostile environment for the plants. T. flexuosa on power lines grew slowly, suffered a high mortality rate and were not very successful in establishing new recruits. On electric cables the death of established plants greatly exceeded the recruitment of new plants from seeds.

For these bromeliads the primary problem with cable-life, the scientists found, is a lack of water. While individuals growing on both cables and trees utilize rainwater, the zero water-absorbing properties of an aluminum cable combined with greater exposure to the sun and wind, make cable life for bromeliads highly risky. Even though dust from cars should provide an abundance of nutrients to the cable-living bromeliads, lack of water prevented them from taking advantage of this benefit. 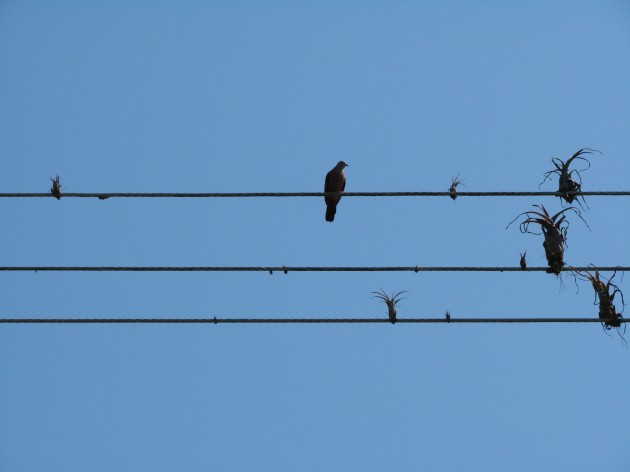 In addition, the scientists found that even though the cables had a rough surface, the plants had a difficult time anchoring themselves to the cable. Many of the plants disappeared during the course of the study, dislodged from the cables by wind and other natural forces.

The study, the first to examine the growth and survival of electric-cable growing bromeliads, was published recently in the Journal of Tropical Ecology.