Data from a recent study of wild takins in the high-altitude forests of the Tangjiahe National Nature Reserve in southeast China has shown that the great Sichuan earthquake of May 12, 2008 had no discernable impact on the behavior of these large, migratory ungulates. The study was conducted by a team of scientists that included wildlife biologist William McShea of the Smithsonian Conservation Biology Institute in Front Royal, Va., and used radio collars and GPS to record the daily locations of between four to eight takins. 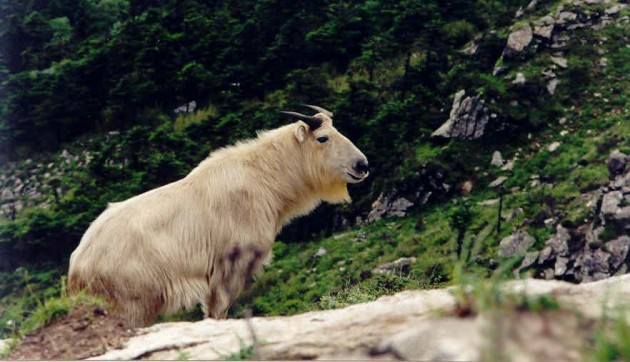 Previous scientific observations have documented instances of increased activity in both captive and wild animals following earthquakes. The May 12 earthquake and aftershocks coincided with the annual movement of the takin from low elevation forest to high alpine meadows. Researchers in the takin study reasoned that increased activity caused by the  earthquake would show up in the data as longer daily traveling distances, larger home ranges and higher altitudes as the takin moved faster up the mountains during their springtime migration. 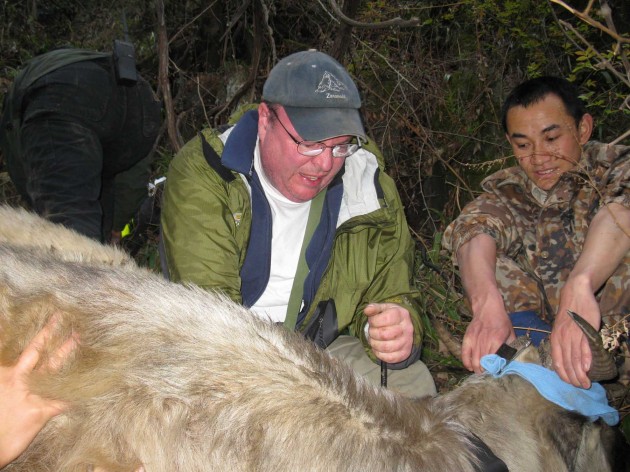 The animals under study were very close to the epicenter of the quake, the researchers report. “On the day of the earthquake, two of us were in the field and felt the ground quivering,” the scientists write in a recent paper published in the journal Ecological Research. “Steep slopes along the single road within the reserve experienced significant landslides and the air was filled with particles. Significant aftershocks were experienced at our field study for months following the earthquake.”  Earthquakes are frequent in the region along the eastern edge of the Tibetan plateau, where this study was located, with major quakes occurring about once a decade.

Although there were significant visible reactions of the animals to the major quake and some of the aftershocks, there was no discernable lasting effect of these disturbances on the animal’s movements.  “Our results did not support the conclusion of increased activity [of takin] following earthquakes,” they write.  “These findings add to our knowledge of how animals respond to catastrophic natural events in the wild.”