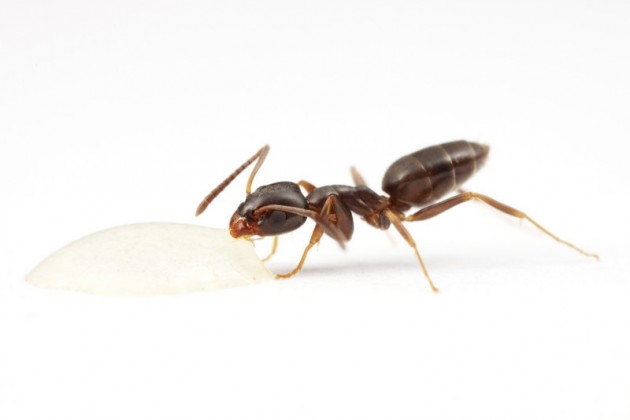 Salt, while necessary to sustain animal life, can also act as a poison in large doses. Winter road-salting is known to have negative effects on wildlife, especially for adjacent plants, roadside animals and aquatic ecosystems. For less visible organisms such as ants, however, the possible side effects may be less clear.

To understand the effects of road salting on ants (Formicidae), Michael Kaspari of the Smithsonian Tropical Research Institute and the University of Oklahoma led a team that looked at how ant colonies are affected by these conditions; their research is published in a recent issue of the journal Ecological Entomology.

“Sodium is a strange beast in the history of life because plants don’t really need it, but the things that eat plants do. Many animals are thus faced with the challenge of meeting their daily sodium requirement in an environment that is frequently not very salty.” Kaspari said. 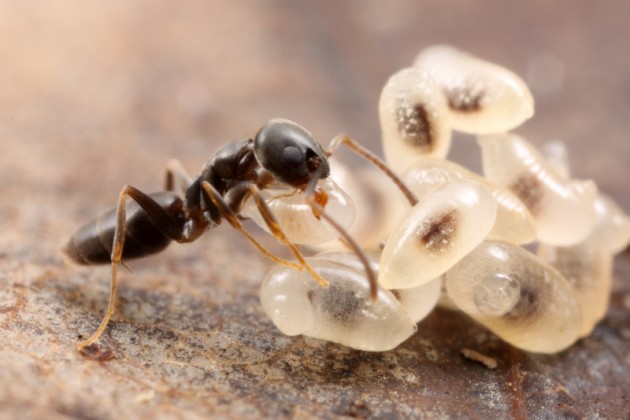 When on sabbatical in 2008 near Massachusetts’ Harvard Forest, Kaspari noticed trucks spreading salt on roadways during snowstorms. He pondered the repercussions of road salt on surrounding wildlife and in particular, his favorite animals, ants.

“Although most research has focused on the negative effects of road salt on plants and adjacent streams, we were curious if these artificial sodium pulses actually had positive effects on ant communities.” said Kaspari. He recruited colleagues to perform a simple experiment.

The team set up a series of vials at different distances from the salty roadside, each filled with cotton balls laced with varied concentrations of salt (NaCl) or sugar (sucrose). They were able to determine what nutrients the ants sought out most at various distances from the roadside. As suspected, ants increasingly craved salt compared to sugar the farther the ants lived from the roadway. 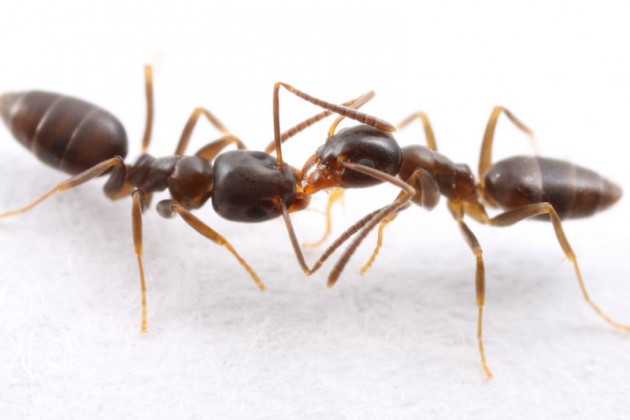 The authors conclude that road salt has a more complicated effect on ecosystems than previously thought. “Ants are an important bellwether, standing in for all the crop pests and decomposers found in any ecosystem. We suspect that road salt likely promotes their health and well-being, even as it hurts roadside plants and aquatic life.” Kaspari said.

Kaspari’s research sheds new light on the effects of road salt to scientists and policy makers. This may be particularly true for citizens of colder states where the application of hundreds of pounds of salt per lane mile is mandatory. He adds, “I also think it’s just fascinating knowing there is this nearly invisible substance spread unevenly over the landscape that can reveal something new about the health and vigor of the critters that live there.” –Brian Ireley