Mergers of dense stellar remnants are likely trigger for many supernovae

New findings from the Chandra X-ray Observatory have provided a major advance in understanding a type of supernova critical for studying the dark energy that astronomers think pervades the universe. The results show mergers of two dense stellar remnants are the likely cause of many of the supernovae that have been used to measure the accelerated expansion of the universe.

These supernovae, called Type Ia, serve as cosmic mile markers to measure expansion of the universe because they can be seen at large distances, and they follow a reliable pattern of brightness. However, until now, scientists have been unsure what actually causes the explosions.

“These are such critical objects in understanding the universe,” said Marat Gilfanov of the Max Planck Institute for Astrophysics in Germany and lead author of the study that appears in the Feb. 18 edition of the journal Nature. “It was a major embarrassment that we did not know how they worked. Now we are beginning to understand what lights the fuse of these explosions.” 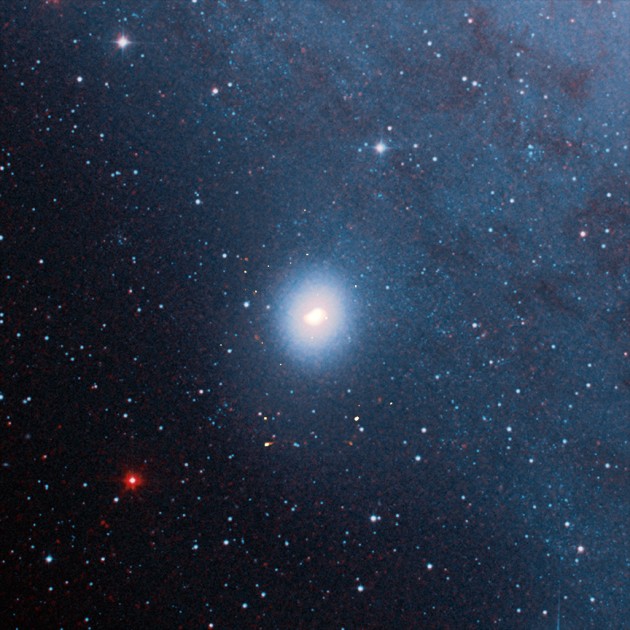 X-ray, optical and infrared composite image of galaxy M32, one of six galaxies used in a study to examine properties of Type Ia supernovas

Because these two scenarios would generate different amounts of X-ray emission, Gilfanov and Bogdan used Chandra to observe five nearby elliptical galaxies and the central region of the Andromeda galaxy. A Type 1a supernova caused by accreting material produces significant X-ray emission prior to the explosion. A supernova from a merger of two white dwarfs, on the other hand, would create significantly less X-ray emission than the accretion scenario.

The scientists found the observed X-ray emission was a factor of 30 to 50 times smaller than expected from the accretion scenario, effectively ruling it out. This implies that white dwarf mergers dominate in these galaxies.

“Our results suggest the supernovae in the galaxies we studied almost all come from two white dwarfs merging,” said co-author Akos Bogdan, also of Max Planck. “This is probably not what many astronomers would expect.”

“To many astrophysicists, the merger scenario seemed to be less likely because too few double-white-dwarf systems appeared to exist,” said Gilfanov. “Now this path to supernovae will have to be investigated in more detail.”