The vehicle represents the work of a team of nearly 100 students, engineers and professionals from a variety of fields – the Stanford Racing Team, who nicknamed the robot “Stanley.”

Stanley is one of the first autonomous robotic vehicles to enter the Smithsonian collection.  This blue 2005 Volkswagen Toureg is equipped with custom drive-by-wire system, a sensor rack and a computing system that enables Stanley to navigate without a human in the driver’s seat. 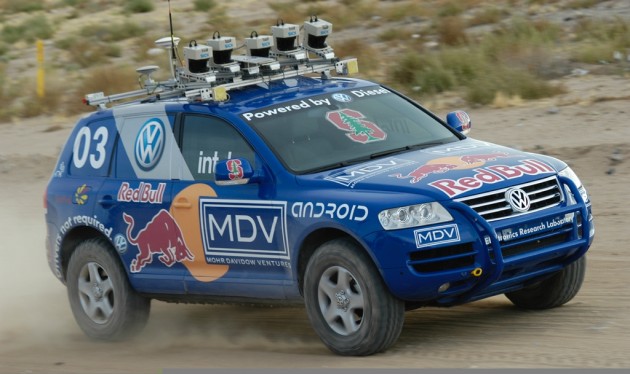 How did Stanley beat 22 other robot vehicles in this demanding race? The vehicle gathered course information from a map expressed in about 3,000 points of latitude and longitude, utilized stored memory and collected new info about the road ahead from rooftop laser sensors, video cameras, radar and GPS navigation. By adeptly navigating mapped terrain and unmapped obstacles in real time, Stanley was able to take the lead.

“Stanley represents a critical stage in the development of robots,” says NMAH curator, Carlene Stephens, “the vehicle isn’t the first or the last, but an intermediate step on the way to autonomy.” 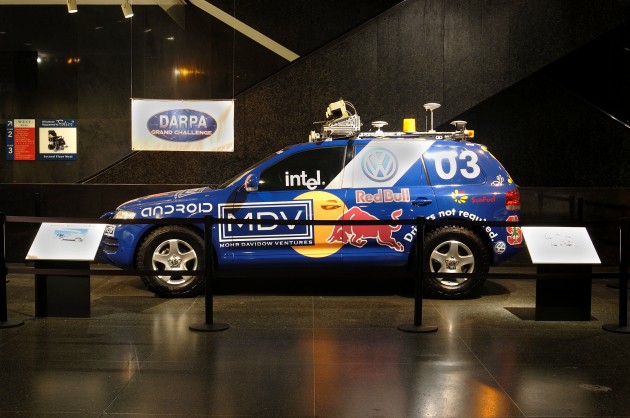 Photo: Stanley on exhibit in the National Museum of American History.

Stanley’s win showcased the technology needed to master long distance travel across difficult terrain. DARPA’s wish is that the Grand Challenge programs fosters the development in driverless vehicle technology that will some day help save lives not only on the battlefield, but also on American highways.

“Stanley demonstrates advancement in artificial intelligence,” Stephens says. “It is a fantastic addition to our collection.” –Jessica Porter