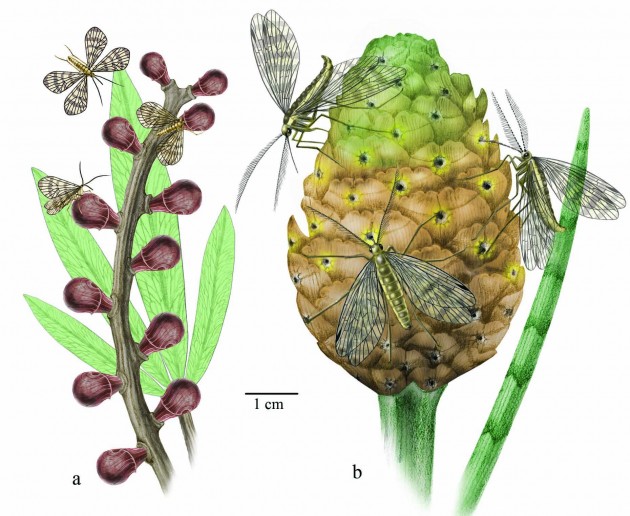 Scientific evidence shows that almost all of the earliest angiosperms (flowering plants) were pollinated by insects. Whether such a relationship existed between insects and early gymnosperm species (non-flowering plants with exposed seeds, such as conifers) has been widely disputed. Smithsonian scientists and colleagues, however, have recently found evidence that gymnosperm plants shared an intricate pollination relationship with scorpionfly insects 62 million years before flowering plants appear in fossil records. The team’s findings are published in the scientific journal Science, Friday, Nov. 6. 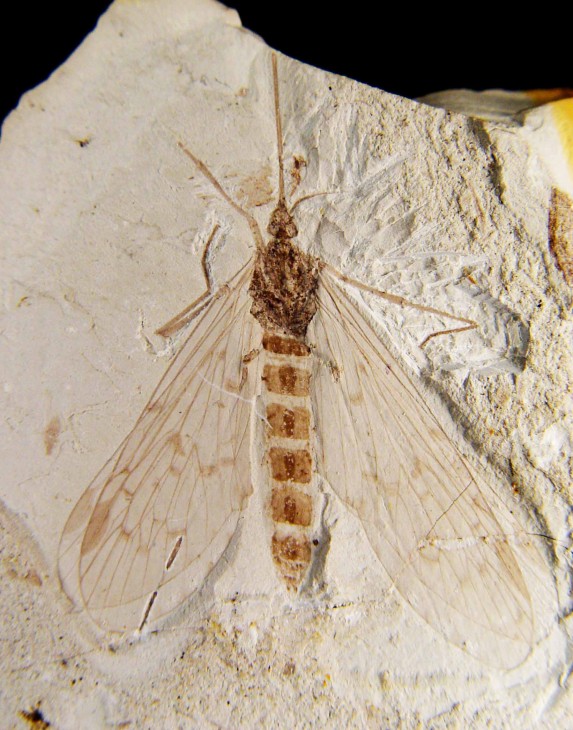 Conrad Labandeira, paleoentomologist at Smithsonian’s National Museum of Natural History, and team members examined both the specialized features of scorpionfly mouthparts and the unique reproductive features of coexisting gymnosperm plants. The proboscis (elongated tubular mouthparts) of these insects, which was up to 1.3 centimeters long, was either hairy or had ridges, and frequently had pads at the tip to suck up fluids, similar to the structure of modern hoverflies, moths and butterflies. The presumed gymnosperm hosts bore deep funnel-like or tubular channels, also up to 1.3 centimeters long, containing nectar-like pollen drops.

The reproductive anatomy of the plants was typically gymnospermous, but show important modifications for insect attraction, similar to modern flowering plants. However the lineages of these plants and their scorpionfly pollinators became extinct during the mid-Cretaceous period (approximately 105 million years ago) just as flowering plants and their newly evolved pollinators, such as moths and butterflies, came on the scene. 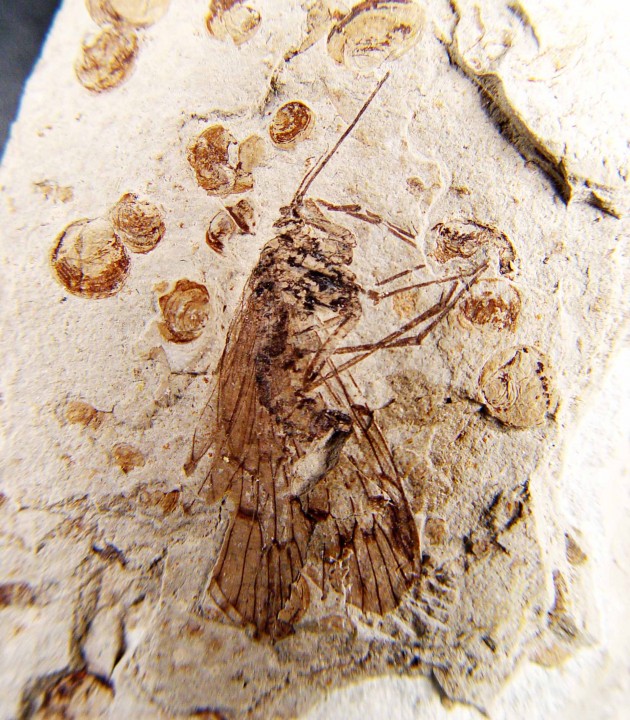 “This exciting discovery now answers the conclusions that paleobotanists were making recently regarding ‘strange’ structures occurring in the ovulate organs of some Mesozoic gymnospermous plants,” said Labandeira. “One such fructification of an extinct Early Cretaceous cheirolepidiaceous conifer family, Alvinia bohemica, is the best example of an anatomically complicated, jerry-rigged device to achieve insect pollination. There were contemporaneous, matching, elongate insect mouthparts, and other evidence, that indicate presence of a gymnosperm-based pollination mode from the deep past.”

The evolution of this type of elongated mouthpart among insects occurred at least five separate times during a 13-million-year span during the Middle Jurassic period. The pollinating relationship between modern pollinators and flowering plants was an independent evolutionary occurrence, separate from the scorpionfly and gymnosperm plants.