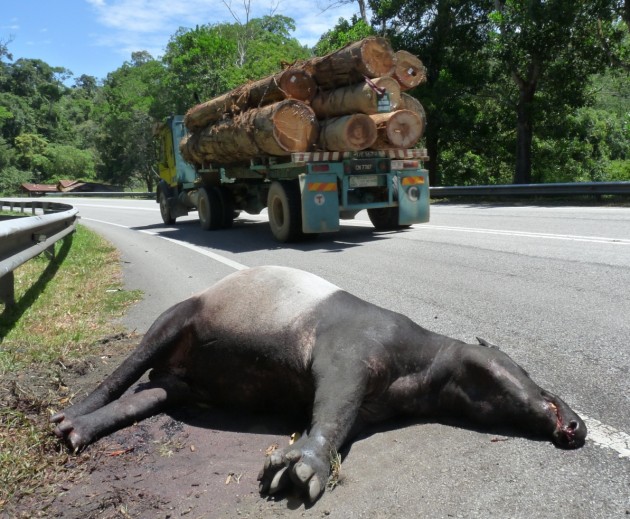 For tropical lizards that bask at night on warm rocks, a paved roadway might seem the perfect spot to repose for an hour. Bad idea. Anteaters with poor eyesight, slow-moving sloths, and the Australian echidna—whose reaction is to freeze in the path of oncoming vehicles—are some of the many rainforest species that are particularly vulnerable to becoming roadkill.

Vehicle-animal collisions are just one of many ways that rainforests are degraded when roads, highways, utility lines and other linear clearings are built across them, say biologists William Laurance, Miriam Goosem and Susan Laurance in a recent paper published in the journal Trends in Ecology and Evolution. The Laurances are tropical biologists at the Smithsonian Tropical Research Institute in Panama, and all three authors are researchers at James Cook University in Australia. 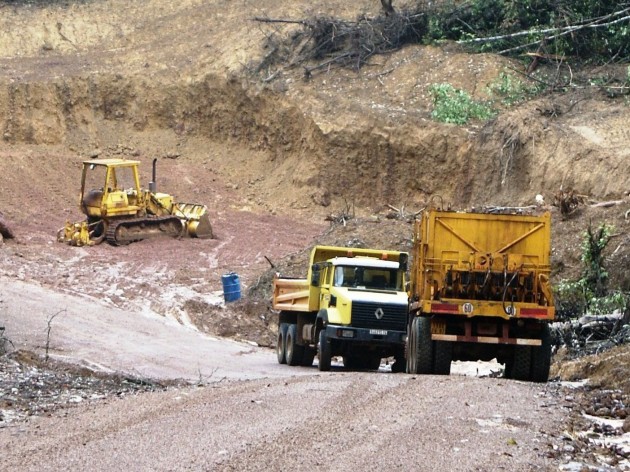 The authors use  dozens of existing studies done in the Amazon, Australasia and Central Africa to emphasize that roads are the number one threat to the world’s  tropical rainforests. Maintaining large, roadless areas of intact forests should be highest priority of conservationists worldwide, the scientists urge. They also offer practical measures to  mitigate the damage of existing, new and planned roadways in tropical countries. “Determining the locations of future highways and roads in countries with tropical rainforests will be the greatest single factor in influencing future forest loss, fragmentation and degradation,” the authors point out. “In broad terms, roads can be thought of as the enemies of rainforests.”

Whenever a clearing is created in a rainforest the humid, dark and stable microclimate of the forest’s interior is altered deep into the forest surrounding the clearing’s edge. Building a long, linear road disturbs thousands of acres of forest along both sides of the roadway. For many specialized forest animals roads are barriers to resources and migration. Others, attracted to the roadway, risk being killed. 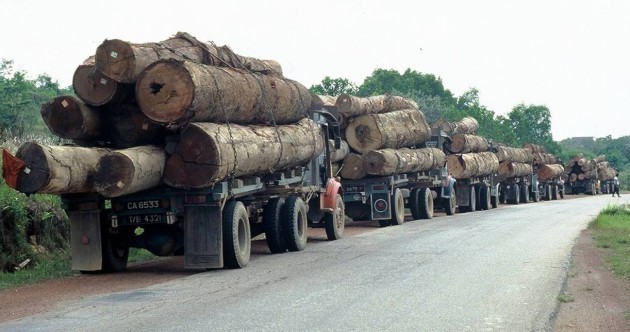 Photo: Logging trucks queue up along a highway in Peninsular Malaysia (Photo by Jeffrey Vincent).

Today, tropical rainforests are located mainly in developing nations, many of which are which are being rapidly transformed by population growth, development and intense pressure from other countries for their natural resources. Road building is exploding in these countries, destroying tropical forests at a rate of 50 football fields a minute.

To help mitigate the impact of roads and other linear projects in the world’s rainforests, the authors make these recommendations:

“Actively limiting frontier roads,” the biologists conclude, “is by far the most realistic, cost-effective approach to promote the conservation of tropical nature and its crucial ecosystem services.

“Given the central role of roads in promoting tropical deforestation and atmospheric carbon emissions, we assert that forest carbon-trading initiatives should often focus explicitly on limiting and mitigating frontier roads. Such efforts might be more feasible than many realize.”