The Inka Empire is one of the greatest civilizations in the Western Hemisphere, spanning from the 13th century until the Spanish invasion in 1532.

To connect their vast empire, which spanned from present-day southern Colombia to northern Argentina, the Inka accomplished impressive engineering feats in response to the challenges presented by the rugged Andes Mountains. The result was a roadway of astounding magnitude, complexity and enormous scale.

The Inka road, or Qhapaq Ñan in the native language of Quechua, spans more than 24,000 miles (greater than the distance between Florida and Washington State). It served as the central axis for communication, transportation, expansion, administration and political control of the Inka territory.

Smithsonian Science News asked Ramiro Matos (Quechua) what makes the Inka Road one of the monumental engineering achievements in history. Matos is the lead curator of the exhibition “The Great Inka Road: Engineering an Empire” at the Smithsonian’s National Museum of the American Indian, from June 26 through June 1, 2018.

1. It was built without the use of metal, the wheel or stock animals to pull heavy loads. 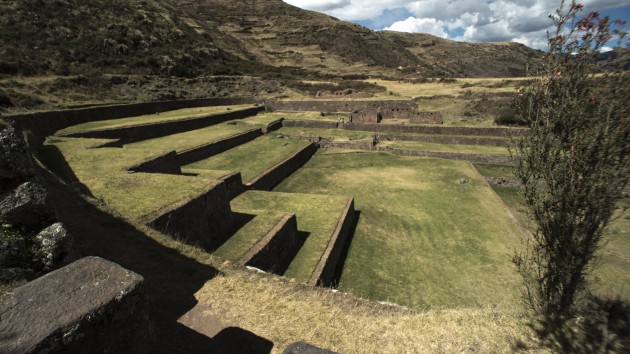 Terraces that allowed the Inka and their descendants to transform steep terrain into viable agricultural land. Pisac, Peru, 2014. (Photo by Doug McMains, National Museum of the American Indian, Smithsonian Institution)

“The Inka didn’t know the wheel or iron so they built the road without them, using rock against rock,” says Matos. “Even without the use of the most basic tools, the Inka knew so well exactly where to place the road that now, more than 500 years later, the Pan-American Highway that extends from Ecuador to Chile and other modern highways in Peru and Argentina rest on the original Inka Road.”

2. Rope suspension bridges were one of the Inka’s innovative engineering solutions. 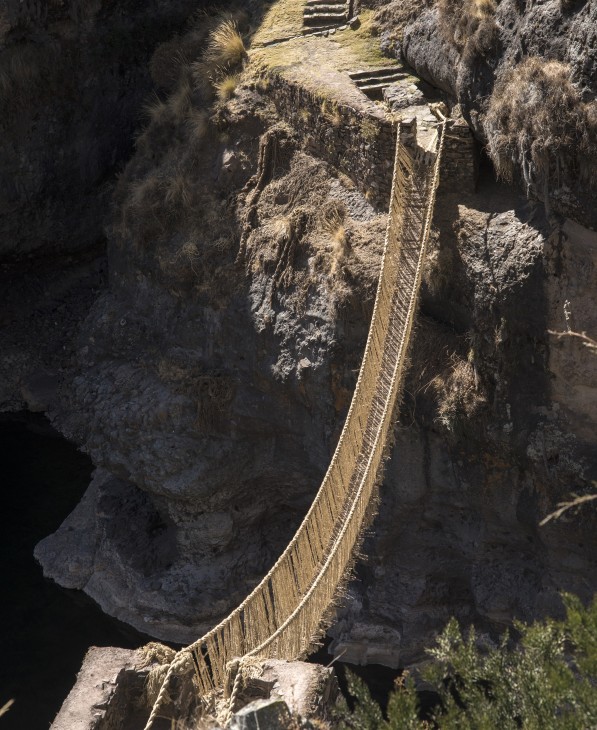 The Inka engineered more than 17 different types of bridges to connect the complicated terrain. “Even the Spanish conquistadores, after seeing ships run aground and livestock drown along what would become the Panama Canal, wrote that they should bring the expert Inka builders to Panama, because to them nothing was impossible,” says Matos.

3. The Inka had no conventional writing. 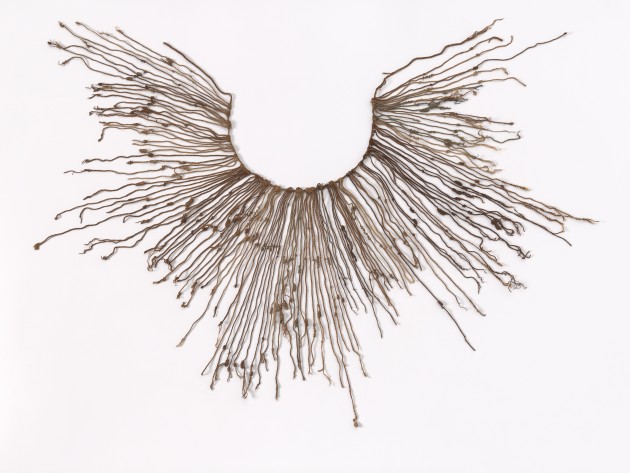 “The Inka didn’t have a conventional writing system so everything had to be communicated verbally and through the use of recording devices, like this khipu,” says Matos. Khipu were made of wool or cotton strings knotted in various ways to record information.

4. The complicated terrain ranged from coastal desert to high plateau and mountain ranges to deep valleys. 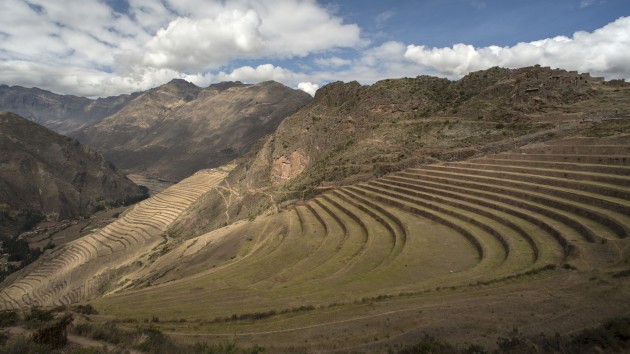 “The Inka managed to expand and sustain the longest road system in Pre-Columbian America, and perhaps the world, across one of the most difficult terrains on earth,” says Matos. The Inka Road crosses three regions: the coast, mountains and jungle.

5. The Inka Road was built without the use of engineering instruments. 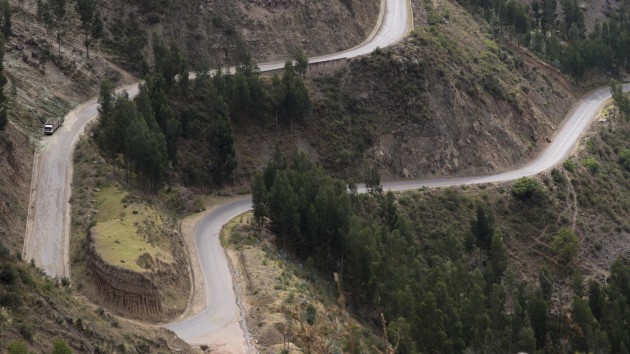 “Modern day engineers use a myriad of instruments to do their work. The Inka depended only on their experience, knowing what time of year the rocks were most malleable and exactly where to hit a rock so it would split,” says Matos. “They knew the topography, climate and soil conditions from years of experience, and they made all their decisions when building the road exclusively based on that experience.”

(We use the Inka spelling rather than the more common Inca because it is consistent with the traditional South American language of Quechua and in accordance with the Smithsonian’s efforts to preserve native languages.)