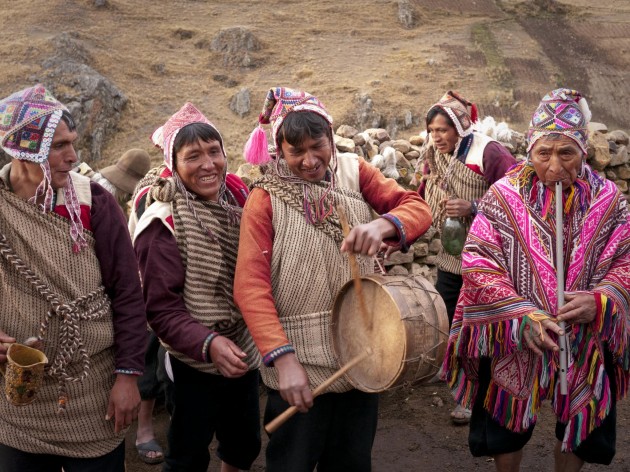 The Smithsonian’s National Museum of the American Indian recently launched a sustained research and documentary partnership with traditional Quechua authorities in the Andean villages near Pisaq, Peru.

In November, museum research scholar José Barreiro and a film crew trekked nearly 60 miles of Andean roads with a caravan of men, women and children from Chawaytiri, a Quechua-speaking community of weavers and herders. For two weeks the team recorded and documented the community’s elders, families and llamas along a pilgrimage of remembrance. 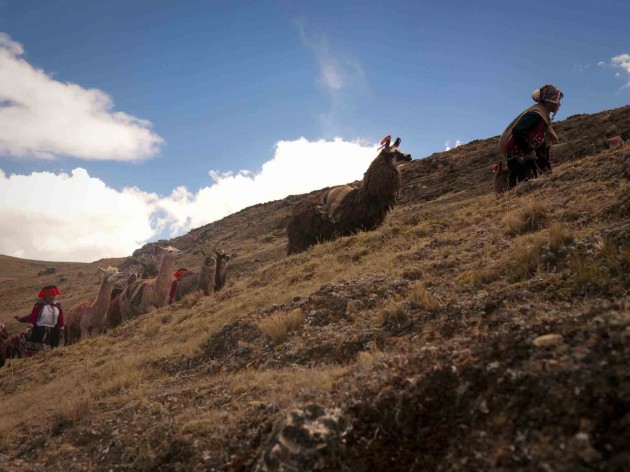 Kevin Cartwright, a media producer at the American Indian Museum, directed the crew and captured images of traditional Andean cultural practices. “What’s new about this footage is that we have been following the community’s lead,” Cartwright said. “Rather than deriving images from staged contexts, this project has really been driven by the people themselves.”

Ceremonial offerings to the mountains and Pachamama (Mother Earth) were conducted for the pilgrimage and captured on film as part of the elders’ wish to preserve and spread the spiritual and agricultural traditions of the indigenous Andes. The Chawaytiri project will inform the museum’s upcoming exhibition on the Inka, but its overall mission is much broader.

During a trip to the region in August 2009, Barreiro and Ramiro Matos (Quechua), a curator and archaeologist at the museum, were invited to a sacred site previously known only to the native community. Since then, the site—an ancient “tambo” or “tampu,” one of the way stations along the Inka roads—has been granted official recognition by the Peruvian government. “Through these partnerships, we’re building trust with the local community while learning about and preserving ancient archaeological sites,” Barreiro said.

To learn more about the project click this link:  http://blog.nmai.si.edu/main/inka-road/.