A recent study of dog bones excavated from archaeological sites on the Channel Islands of California has cast new light on the past ecology of the islands and the impact that domestic dogs—brought to the islands by Native Americans more than 6,000 years ago—may have once had on the islands’ animals and ecosystems.

Today, dogs have been removed from all but one of the islands, yet during the early Holocene Native Americans came to the islands bringing with them small, short-faced dogs for hunting, companionship and protection, says Smithsonian National Museum of Natural History Anthropologist Torben Rick.

Over time, the dogs increased in numbers and inevitably had a strong impact on the bird and sea mammal populations living on the islands, killing some and driving great numbers to offshore islets and other isolated areas. 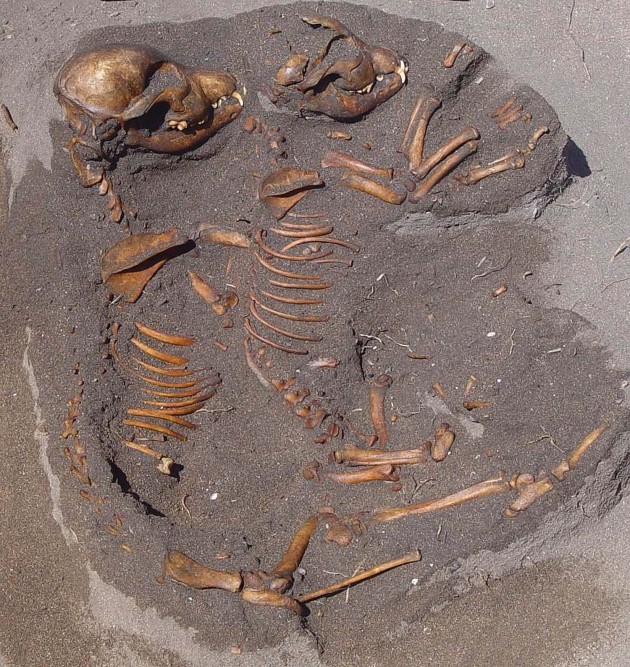 Data for the study by Rick, lead researcher on the project, and his colleagues was collected through a careful review of published and unpublished scientific papers containing accounts of dog bones found at archaeological sites on the islands. Accounts of some 96 dogs from 42 archaeological digs on six of the eight islands were identified by the researchers. Evidence ranged from burned bones of dogs that had been eaten and complete skeletons of dogs that had been ritualistically buried, to pins made from a dog’s tibia and ulna.

“Overall, the data suggest that dogs generally were not consumed, except perhaps during times of scarcity,” Rick notes. “Native villages and their dogs were present across much of the islands, especially around the coastlines and near good water sources. Dogs, along with island foxes and humans, influenced the biogeography and breeding behavior of birds, marine mammals and other animals.”

“Given the lengthy presence of people and dogs on the islands,” modern ecological conditions on the islands appear to be radically different than what existed for much of the Holocene,” Rick says.