New research reveals our galaxy is much larger than we thought 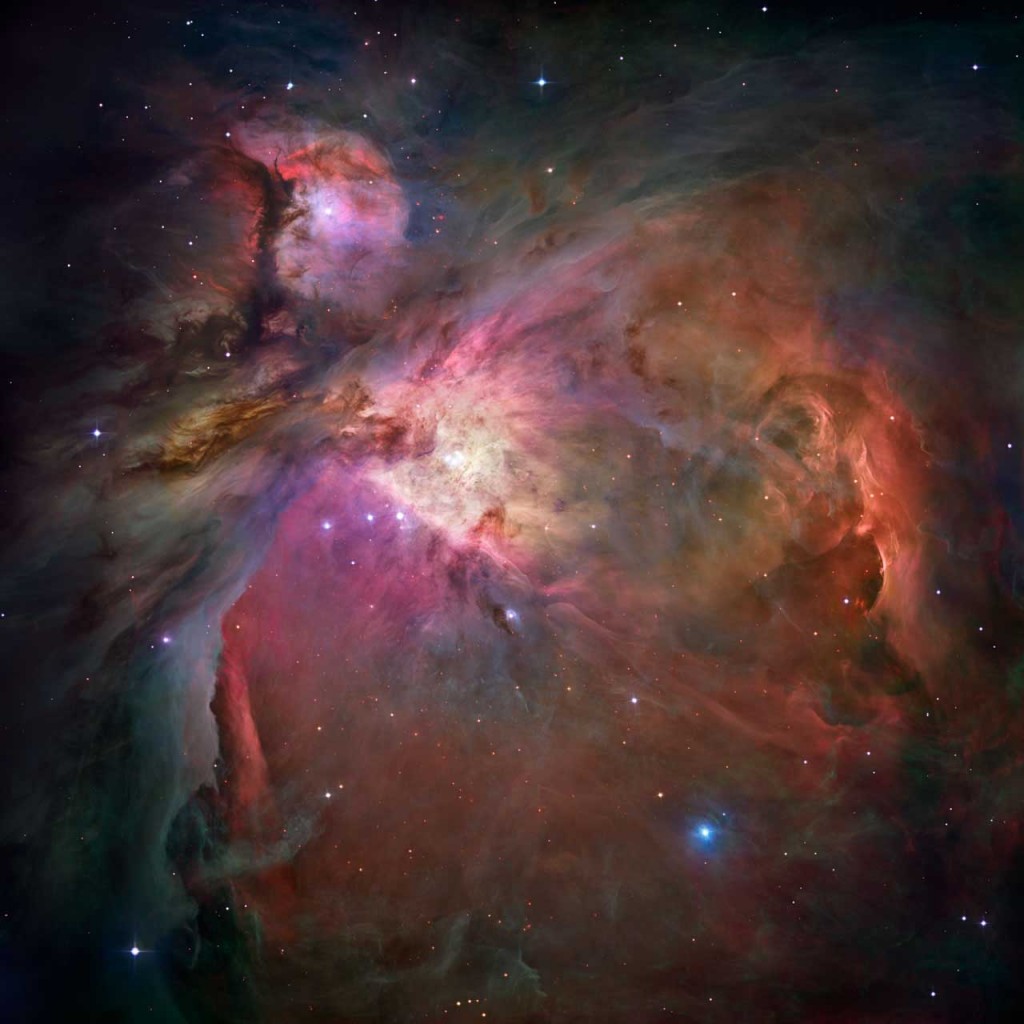 Photo: The Orion Nebula, one of the star-forming regions used to measure the size and heft of our galaxy. (NASA photo)

Our galaxy, the Milky Way, holds hundreds of billions of stars in a pinwheel-shaped disk that stretches across almost a million trillion miles of space. As far as galaxies go, that’s pretty big.

But for decades, the Milky Way galaxy lived in the shadow of its neighboring sister, the Andromeda spiral galaxy. Andromeda was larger and heftier of the two galaxies, or so astronomers once thought.

New measurements show that the Milky Way is bigger and more massive than previous data suggested, putting us on equal footing with our neighbor. Specifically, the Milky Way is 15 percent larger in size and contains 50 percent more mass. That is the cosmic equivalent of a 5-foot-5, 140-pound man suddenly bulking up to the size of a 6-foot-3, 210-pound NFL linebacker. 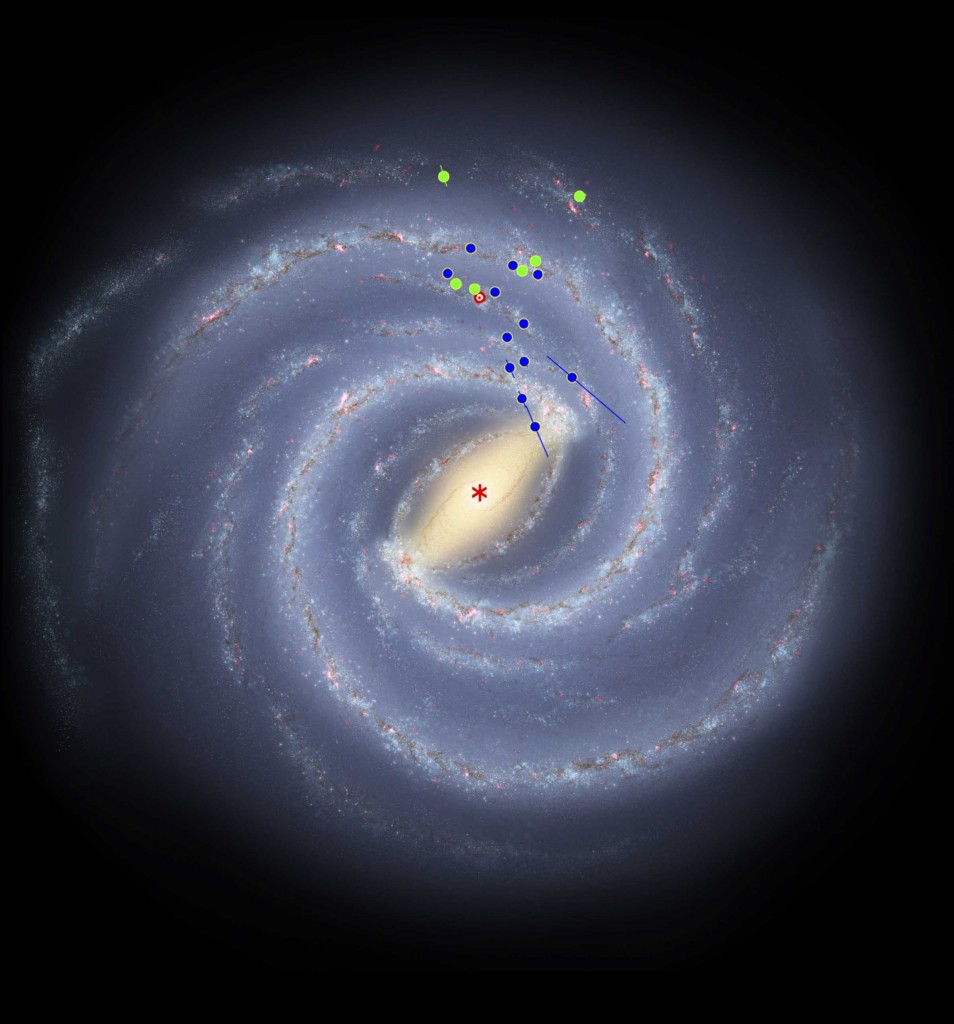 Image: This image shows the active star forming regions of our galaxy which were used by scientists to conduct this study. (Image courtesy Mark Reid and R. Hurt, Spitzer Space Telescope)

One might think that the Milky Way would be the easiest galaxy to measure, since it is our home. However, since we are inside of it, interstellar dust blocks much of our view, making it difficult to determine the Milky Way’s structure. To solve this problem, Mark Reid of the Smithsonian Astrophysical Observatory and his colleagues used radio telescopes, which can penetrate this dust, to give us a clearer view and take a closer look at the Milky Way.

To map the Milky Way, Reid used the Very Long Baseline Array of 10 radio telescopes that are stretched out over thousands of miles across the Earth, from Hawaii to the U.S. Virgin Islands. The scientists targeted naturally produced, cosmic radio signals coming from regions of active star formation. 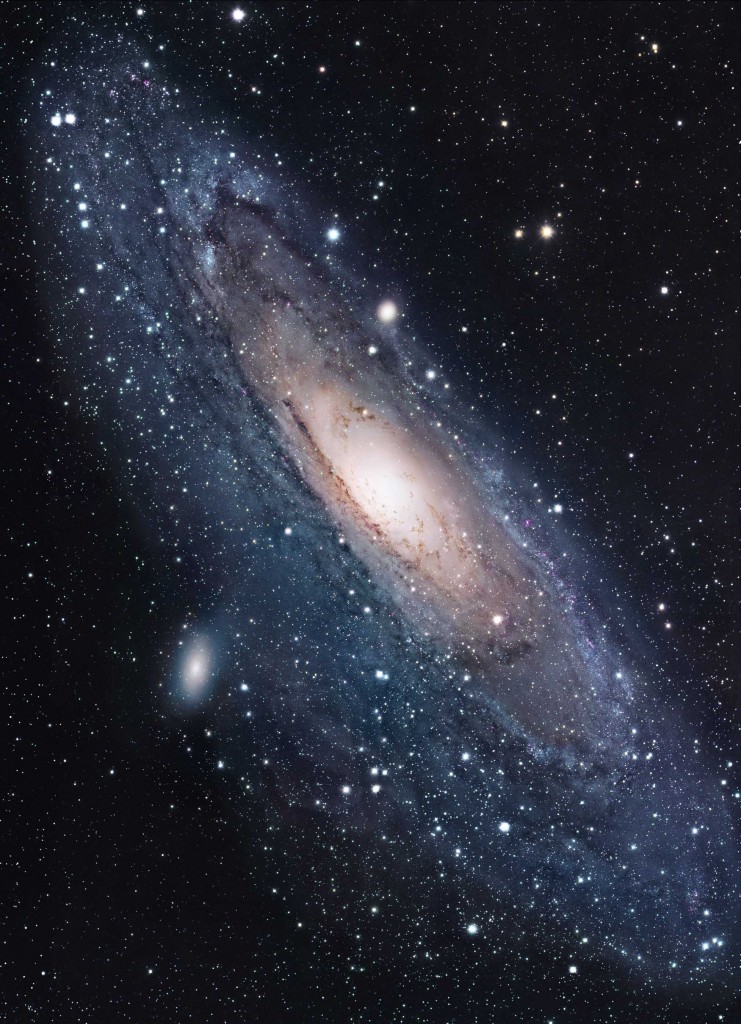 Photo: The Andromeda spiral galaxy, which will collide with our Milky Way Galaxy in a few billion years. (Robert Gendler photo)

They gathered data on the motion of those signals, as well as their distance from Earth. Cosmic distances can be tough to determine, but the team of astronomers used the basic surveyor’s technique of triangulation to get highly accurate numbers.

From these velocities and distances, Reid and collaborators found that the Milky Way spins at a speed of about 600,000 miles per hour, up from the previous estimate of 500,000 mph. Applying the law of gravity to the faster spin shows that the Milky Way is 50 percent heftier than previously calculated. The larger mass, in turn, means a greater gravitational pull that increases the likelihood of our colliding with the Andromeda galaxy or smaller nearby galaxies.

Not to worry though – we won’t hit Andromeda for several billion more years. Also, the distances between stars is so great that stars almost never hit one other, even when two galaxies collide. Instead, we will merge into a single, larger galaxy. Perhaps our descendants will call their new home Milkomeda.