DNA evidence is rearranging the branches of the avian family tree

When songwriter Oscar Hammerstein penned the lyrics “fish gotta swim, birds gotta fly,” he clearly did not have the ratites in mind. Large flightless birds, the ratites include ostriches, emus, rheas and cassowaries, along with kiwis and several extinct species. For nearly two centuries, scientists have puzzled over the ratites, questioning how these flightless bird species that appear closely related became so widely dispersed, ending up in Australia, South America, Africa and New Zealand. 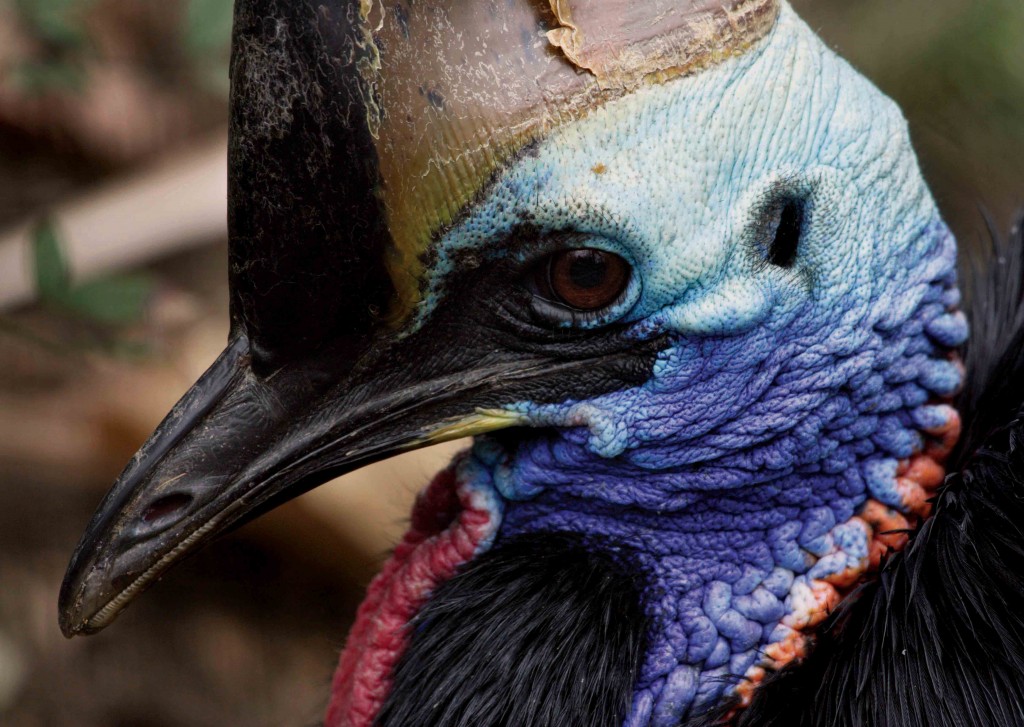 A double-wattled cassowary, a flightless ratite native to New Guinea and Australia. (Photo by Jessie Cohen)

New research using DNA from ratites and other bird species is providing some surprising answers. Ornithologists now know that despite their appearance, the ratites are not as closely related as once believed. In fact, some ratite species are more closely related to certain flying birds, the quail-like South American tinamous for example, than they are to other ratites, says Michael Braun, a research scientist in the Department of Vertebrate Zoology at the Smithsonian’s National Museum of Natural History.

Braun and his colleagues at the Smithsonian and other institutions reached this unanticipated conclusion while working on Early Bird, an ongoing study that is part of the broader Assembling the Tree of Life initiative of the U.S. National Science Foundation. Under this initiative, systematic biologists from around the world are using DNA and other data to reconstruct the evolutionary origins and relationships of all living organisms. 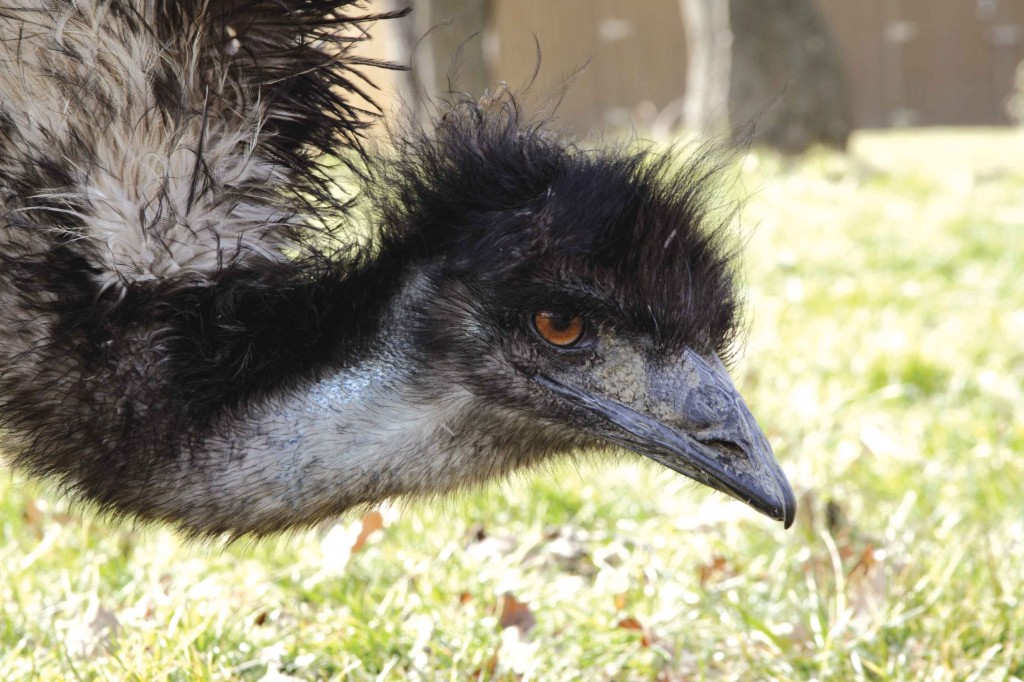 An emu, the largest bird native to Australia. (Photo by Jessie Cohen)

“For the last 40 years, most people have believed that ratites were more closely related to each other than to any other birds,” Braun says. “But historically, the relationships of the ratite birds has been a hotly debated issue, not only in ornithology but in evolutionary biology overall.”

Early researchers wondered how the ostrich, rhea and other ratites, often assumed to be each other’s closest relatives, ended up on different continents—Africa, Australia and South America—when they could neither fly nor swim.

In the 1960s, the newly accepted science of plate tectonics, or continental drift seemed to explain ratite distribution. Under this hypothesis, the common flightless ancestor of all ratites was living on Gondwana, the single giant supercontinent that made up much of the southern landmass of the Earth more than 167 million years ago. When Gondwana broke apart into what is now South America, Africa, Australia and Antarctica, populations of this early ratite ancestor would have been carried off in several directions on the drifting continental plates. Over millions of years, these isolated populations might have evolved into the distinct, but similar appearing, giant flightless ratites that we know today.

“It is a beautiful, serendipitous theory that is in all the textbooks,” Braun laughs. But it seems to be wrong.

By closely comparing the DNA of a representative sampling of 171 (so far) out of the 9,000 to 10,000 living bird species, Early Bird scientists have gained new insight into the avian family tree, Braun says. One of the most startling findings is that birds of the tinamou family—which can fly—fall squarely in the middle of the ratites, which cannot. Early evidence of this relationship came from work on the c-Myc gene by John Harshman and Scott Steppan, former postdoctoral researchers at the Smithsonian.

“I didn’t believe it at first” Braun says, but with supporting data from 20 genes in the Early Bird project, today the conclusion is inescapable. 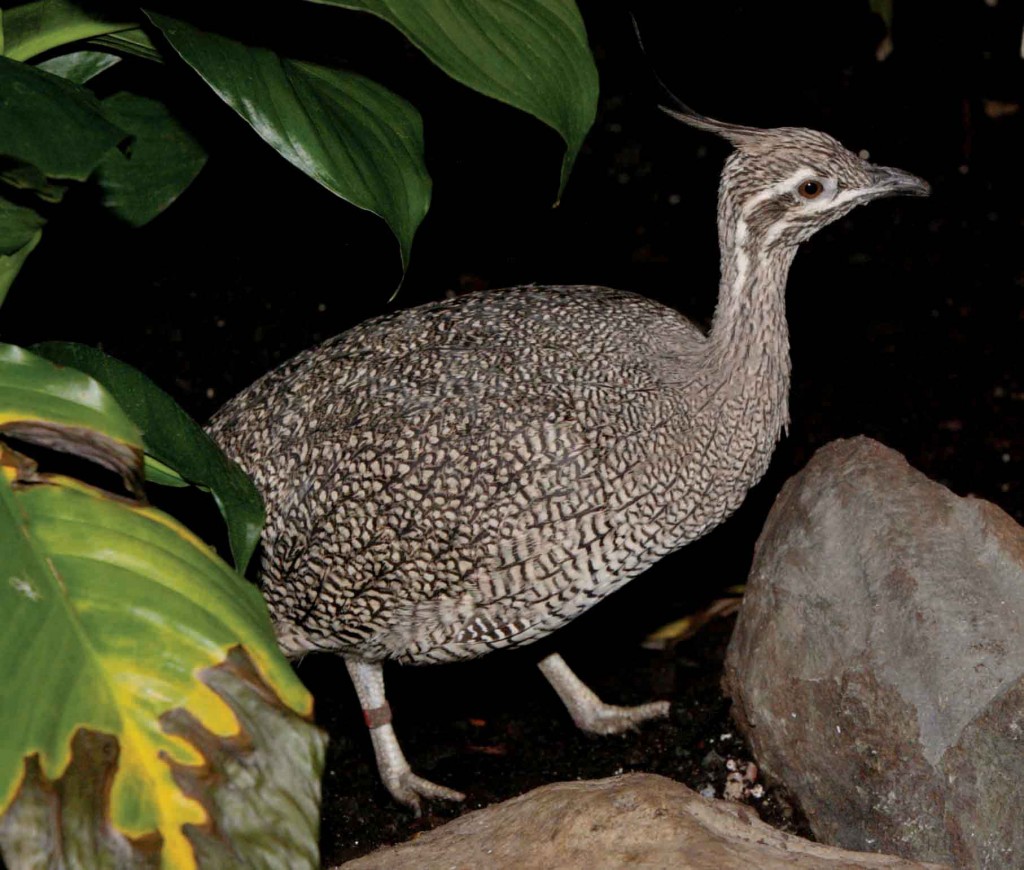 An elegant crested tinamou, a bird native to Argentina and Chile. (Photo by Jessie Cohen)

The latter explanation is by far the more likely, Braun explains. The fossil record holds hundreds of examples of bird species that became flightless over time. No example exists of flightless birds evolving the ability to fly. Therefore, it is most likely that the ancestor of both ratites and tinamous was a small flying bird. Each ratite species became flightless independently in its different geographic area, a location that was reached early in its evolution through flight, not continental drift. Ratite species experienced a minimum of three—and possibly five or more—separate transitions to flightlessness at different times and places during millions of years, Braun says.

Genetic data also show that ostriches are not close cousins of rheas or any of the other ratites, Braun says—another result of DNA analysis in the Early Bird study. The new ratite findings were published last September in the Proceedings of the National Academy of Sciences.