The Past as Prologue

For those who think that global warming is a 21st-century phenomenon, Scott Wing, a scientist at the Smithsonian’s National Museum of Natural History, has news about the past.

Wing headed an international team of scientists whose discovery of plant fossils in the Bighorn Basin of northwestern Wyoming helps document the consequences of a sudden global warming, called the Paleocene-Eocene Thermal Maximum (PETM), 55 million years ago.

Experts believe the PETM, which was caused by a massive release of carbon into the atmosphere, may be an analogue for what is happening today as humans burn increasing amounts of fossil fuel and release large amounts of carbon dioxide. 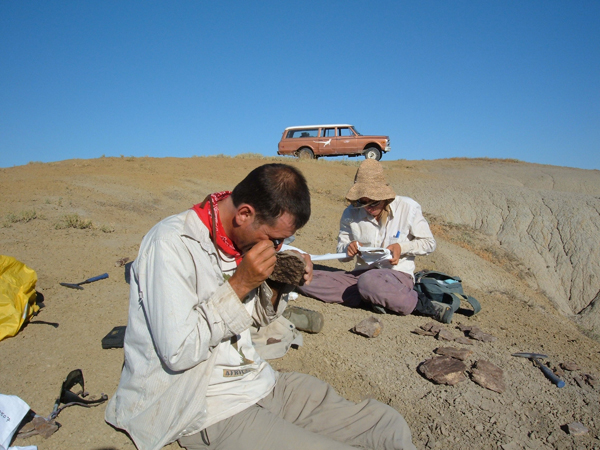 For nearly 15 years, Wing and his team dug through sediments deposited during uplift of the Rocky Mountains, looking for fossils of the right age and condition. Their discoveries proved that warming caused major shifts in the distribution of plants, allowing southern-dwelling trees and shrubs, related to poinsettia, sumac, and paw-paw, to move some 1,000 miles north in less than 10,000 years. These subtropical invaders flourished for about 100,000 years in what we now know as Wyoming. As carbon dioxide levels dropped and temperatures cooled again, plants related to birches and bald cypress came to dominate the vegetation.

The study and interpretation of this fossil record helps other scientists project future changes in plant life that may result from global warming induced by human activity.