Using genetics to help save world’s most trafficked mammal: the pangolin 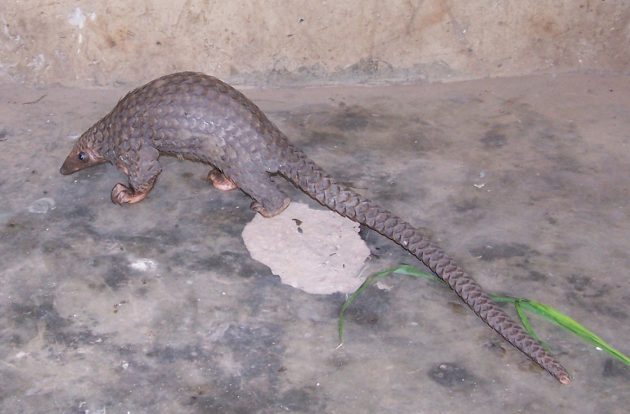 One of Earth’s most evolutionarily unique species is also the world’s most trafficked mammal: pangolins, or “scaly anteaters.” A new study from the Smithsonian Conservation Biology Institute and partners presents the most comprehensive evolutionary family tree for the eight known species of pangolins and provides a tool that will help conservationists determine which species are being trafficked, to what extent, where they come from and are being moved to, how they are being used and, most importantly, how best to curb the worldwide pangolin trade.

“Any effort to conserve a family of species begins with a better understanding of its evolutionary history, unlocking mysteries about their biology and ecology,” said Warren Johnson, a conservation geneticist at SCBI and co-author on the paper, which was recently published in the Journal of Heredity. “Now that we have confirmed which pangolin species exist, where they come from geographically and their genetic family tree, for the first time we can get a complete picture of where pangolin-derived products in the market are coming from and help develop plans to effectively curb those illegal efforts.” 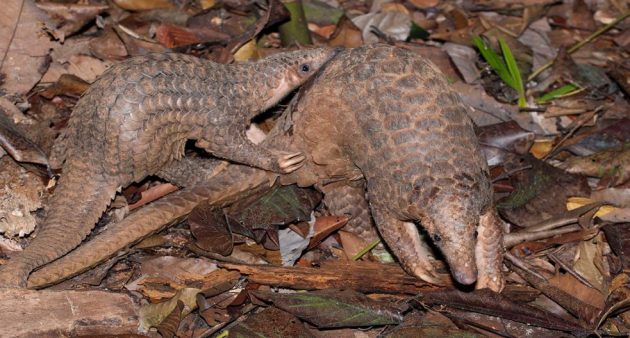 Pangolin mother and her baby at the Smithsonian’s National Zoo.

Pangolins are highly valued for their meat—considered a delicacy—and the purported healing properties of their scales, most notably in China. According to previous studies, the Chinese traditional medicine market consumes more than 135,000 tons of pangolins annually. In 2016, pangolins were provided the strongest global protections from trade from the Convention on International Trade in Endangered Species (CITES).

The Journal of Heredity paper outlines the evolutionary history of the eight known pangolin species, confirming that the genetic divergence among Asian and African pangolins occurred no later than 23 million years ago. It also reveals a new subfamily of small African pangolins, the Phantagininae, and found previously undetected diversity within the African common pangolin that suggests there may be additional species that biologists have not yet discovered. The paper also identified genetic markers for each species that can be used to identify them in marketplaces, where pangolins come in various otherwise unrecognizable forms of byproducts. SCBI researchers provided samples and analyses for the paper.

This work is part of a broader ongoing and collaborative study to better understand how pangolins evolved and adapted. Although pangolins shared a common ancestor with all carnivores, they lack teeth, their body is covered with scales and they eat only insects, specifically ants and termites. They have also adapted to a wide range of habitats, from the rainforest to very dry and arid places.

“Pangolins have captured the imaginations of biologists and the public alike in recent years because they are so unique and have such an interesting story in terms of how they evolved,” Johnson said. “And from an evolutionary perspective, we’re just beginning to learn from these very interesting species, which means their story is only going to get more fascinating. We now need to harness this interest and this work to ensure that these animals have a future.”