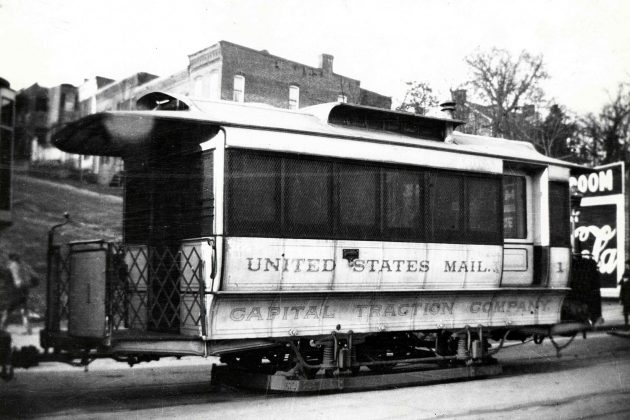 In October 1891, flourishing after a long period of Civil-War stagnation, the city of St. Louis got America’s first mail trolley up and rolling through its streets. Other cities took note and by 1908 mail trolleys were clickety-clacking along the boulevards and avenues of Brooklyn, Boston, Chicago, Cincinnati, New York, Philadelphia, Washington, D.C., San Francisco, Rochester, Pittsburgh, Seattle and Cleveland.

In constant motion and quite efficient, mail trolleys provided the rudimentary equivalent of turn-of-the-century text messaging, explains Nancy Pope, curator of the new exhibit “Mail Trolleys” at the Smithsonian’s National Postal Museum. “Aided by multiple daily deliveries, people could exchange multiple communications in a single day as trolleys and carriers did their best to keep mail moving,” she says.

Bags of incoming mail were received and sorted on the trolleys as they moved through the city. “Other postal employees would take a wagon out to the trolley line in time for an exchange of mail. Bags of sorted mail were delivered to city post offices, where they were passed quickly along to outbound trains, other trolley lines, or carriers for distribution,” Pope says.

St. Louis Postmaster Maj. John B. Harlowe got the idea for this efficient and timely “city” mail processing from the U.S Postal Service’s Railway Mail Service. The Railway Mail Service had begun to implement a system of having clerks sort the mail on trains running between cities so that it would be ready for delivery upon arrival. Noticing the usefulness of such a process, Harlowe adapted the concept for use in downtown St. Louis. 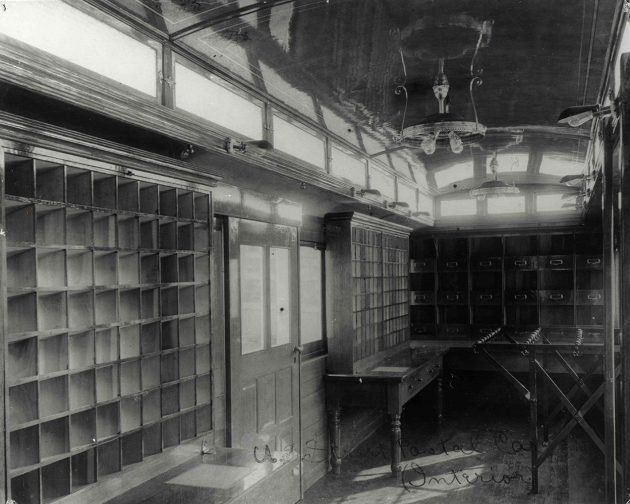 Two to four mail clerks rode aboard each trolley joined by a motorman and conductor who ran the vehicle. These electric streetcars, painted white to stand out, ran on pre-existing city trolley lines and were specifically designed so that clerks on board could easily and accurately sort the mail. From pigeonholes to sorting racks, the exhibit reveals, everything a clerk needed to process mail quickly was on board. When possible, postmasters added canceling machines powered by the same electricity that powered the cars.

Suddenly many city dwellers found themselves receiving mail faster than ever before. 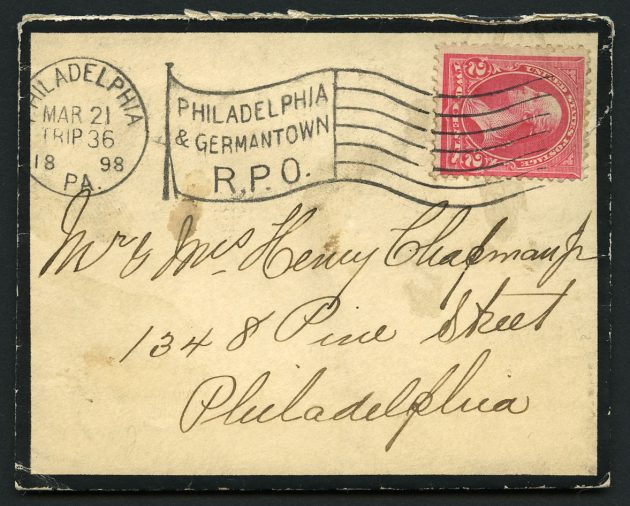 This envelope was processed on Philadelphia’s Germantown RPO trolley on March 21, 1898, Trip #36

On exhibit until Sept. 10, “Mail Trolleys” brings to light a unique period of postal history that is often overlooked, Pope says. It features a number of interesting envelopes with cancellations that reveal they once handled and sorted aboard a city mail trolley. 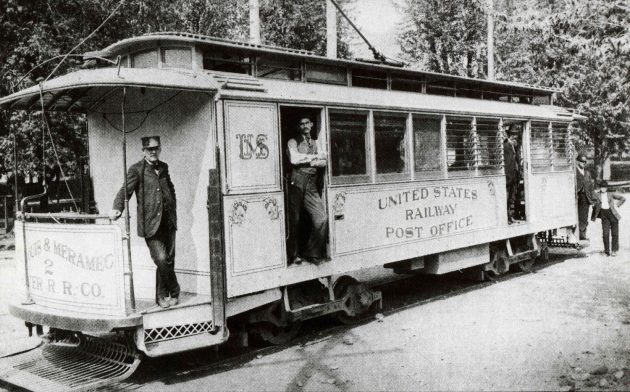 In Pope’s estimation, however, something is missing from the exhibit. “I would have loved to have a piece from an old mail trolley, or even a model of one, as mail trolleys had specially constructed interiors where clerks would stand and process mail,” she says. “Because they represent such a small part of trolley history, I think model makers never thought to create models of them.”