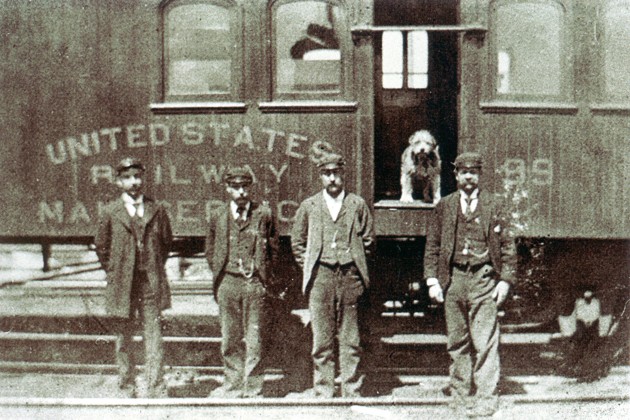 On July 27, 2011, one of the National Postal Museum’s most interesting objects is being commemorated with a U.S. postage stamp. During his lifetime, a scruffy mutt named Owney was the nation’s most famous canine. From 1888 until his death in 1897, Owney rode with Railway Mail Service clerks and mailbags all across the nation.

The Railway Mail Service clerks adopted Owney as their unofficial mascot, marking his travels by placing medals and tags from his stops on his collar. By the early 1890s, the traveling postal dog was a regular feature in newspapers across the country as Owney visited town after town.

When he died in 1897, the postal clerks refused to bury their beloved mascot. Clerks across the country asked that the dog receive the honor they considered he was due by being preserved and presented to the Post Office Department’s headquarters. Owney was kept on display there and then sent to the Smithsonian Institution in 1911.

This item is one of 137 million artifacts, works of art and specimens in the Smithsonian’s collection. It is on display at the National Postal Museum.