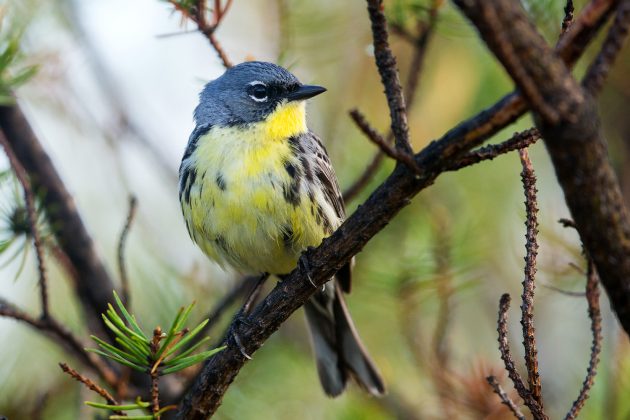 Being able to track a bird as small as the Kirtland’s warbler through its full annual cycle has revealed new and critical information for conservation and the bird’s future.

To fully know a species and develop sound conservation efforts, its full life cycle must be understood. But tracking small migratory birds for thousands of miles has proven challenging, if not impossible, in the past. However, using new and minute technology, Smithsonian scientists have, for the first time ever, tracked one of North America’s rarest birds―the Kirtland’s warbler―throughout its full annual cycle, revealing new and critical information for the bird’s future. The team’s research is published in the Jan 20 issue of the Journal of Avian Biology.

Each year billions of birds worldwide migrate to their breeding or wintering grounds, stopping along the way to eat and rest. But where do they stop? How long do they rest? What exact paths do they fly? For many species, the answers are not well known, but for the Kirtland’s warbler (Setophaga kirtlandii), things have become a bit clearer.

“However difficult it may be, it is critical that we understand the full annual cycle of birds, not just where they breed,” said Nathan Cooper, lead author of the study and postdoctoral fellow at the Smithsonian’s Migratory Bird Center, part of the Smithsonian Conservation Biology Institute. “There is a significant amount of mortality for songbirds that happens during migration, indicating that the conditions birds encounter while migrating are major factors in a species’ overall success or failure.” 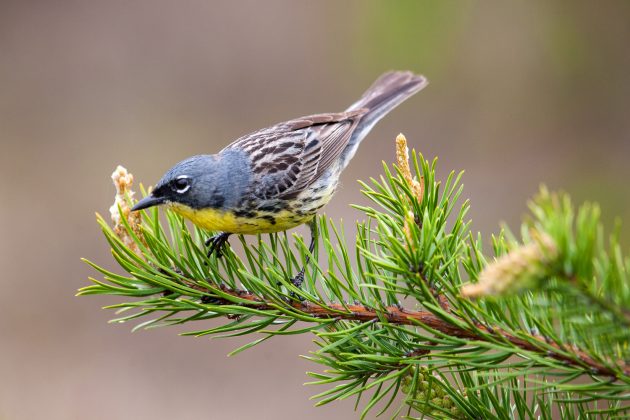 The Kirtland’s warbler, one of North America’s most endangered bird species, has helped the Smithsonian make a scientific first: track a small migratory bird throughout its full annual cycle.

With an estimated population of more than 2,300 males, the small gray-and-yellow Kirtland’s warbler nests almost exclusively in northern Michigan and winters primarily in the Bahamas. The scientists wanted to know how and where the warbler spent the rest of its time between the two areas.

The team went to the bird’s breeding range in Michigan and fitted dozens of Kirtland’s warblers with miniature archival geolocators―tracking devices that weigh half a gram. The scientists then recaptured the birds the following year to remove the geolocators and examine the information the devices contained.

The data from the geolocators allowed the team to map migration routes for Kirtland’s warbler in both spring and fall; record the timing of departure and arrival, as well as the duration of each migration (on average, the birds traveled 1,700 miles in only 16 days); and identify the location and duration of stopovers―several of which were located just before or after large ecological barriers, such as the Appalachian Mountains and the Atlantic Ocean. 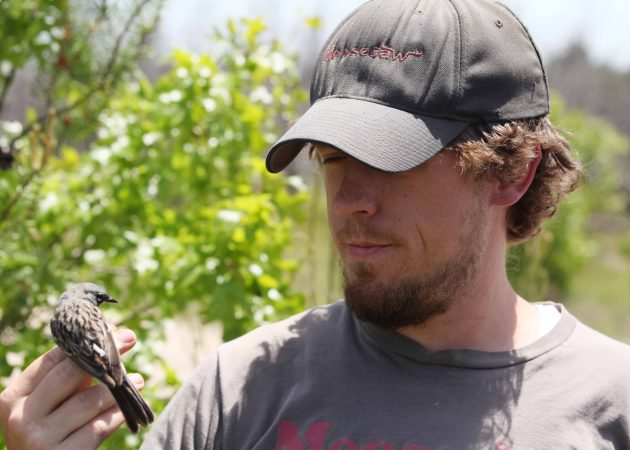 Nathan Cooper, lead author of the study, prepares to release a Kirtland’s warbler after fitting it with a miniature archival geolocator.

The scientists were also able to determine and map the locations where the birds spent the winter. All but one of the birds with geolocators wintered in the Bahamas and Turks and Caicos. The one exception was a male that wintered in Cuba―a location that was previously unknown as part of the species winter range.

“The migratory periods remain the least understood periods for all birds,” said Peter Marra, co-author of the research and head of the Smithsonian’s Migratory Bird Center. “But by describing the Kirtland’s warbler migration routes and timing and identifying locations of stopover sites, we have begun the process of better understanding the dynamics of their full annual cycle. These data can, in turn, inform conservation priorities for the species.” 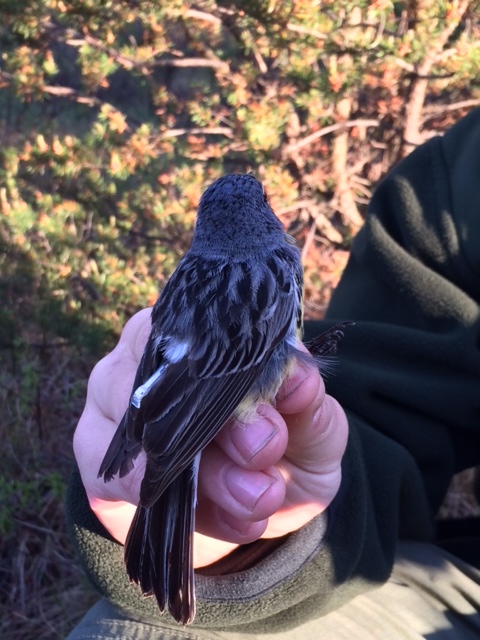 The silver antenna of a miniature archival geolocators peeks out from between the bird’s wings. These tracking devices, that weigh half a gram, recorded several types of data, including the duration of each migration―on average, the birds travelled 1,700 miles in only 16 days.

The team plans to continue their research, working to more precisely identify the types of habitat and the locations of the birds’ stopovers during migration. This information can then be used to protect those areas from disturbance and development.

Kirtland’s warbler is one of more than 40 species of warbler in North America. It requires large areas of dense, young jack pine for its breeding habitat. This habitat was historically created by wildfire, but today is primarily created through the harvest of mature jack pine and planting of seedlings. The warblers build cup-shaped nests on the ground and lay four to five eggs. The species’ population hit an all-time low in the early 1970s when it plummeted to less than 400 birds. While the population has grown significantly, the Kirtland’s warbler is still in dire need of conservation.