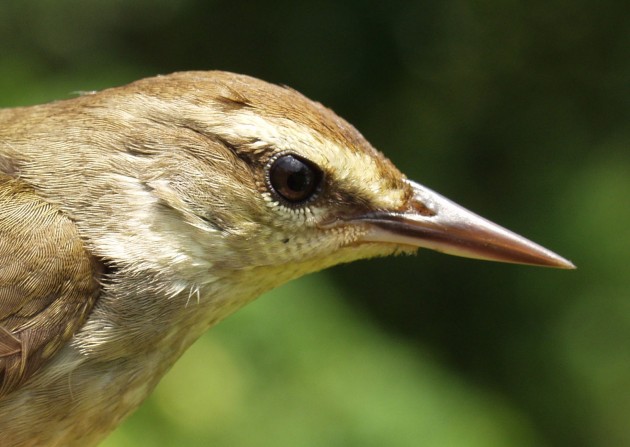 When Gary Graves cranks up his boom box and drives remote back roads through pine plantations in Texas, Louisiana and other southern states, a few locals often emerge just looking for a fight. “If they are in there, they’ll come out,” Graves observes. “When I turn it off they calm down a little bit. Then they start singing.”

Graves, an ornithologist at the Smithsonian’s National Museum of Natural History, is referring to one of North America’s rarest songbirds, the Swainson’s warbler (Limnothlypis swainsonii). Highly territorial, male warblers come out to defend their turf when they hear the song of another male on Graves’ boom box. This method of drawing them out is nearly the only way Graves, or anyone else, would ever see and hear these small, secretive, olive-colored migratory birds that live and breed in dense underbrush.

The global population of Swainson’s warblers is estimated at about 90,000, a low number attributed to the loss of breeding habitat in the U.S. and wintering habitat in Mexico, Cuba and Jamaica. After studying and surveying Swainson’s warblers across the South for more than two decades, Graves reports something remarkable today in the journal Bird Conservation International. Since the 1990s Swainson’s warblers have been establishing dozens of new breeding populations in industrial pine plantations across 10 different Southern states from Texas to Virginia. 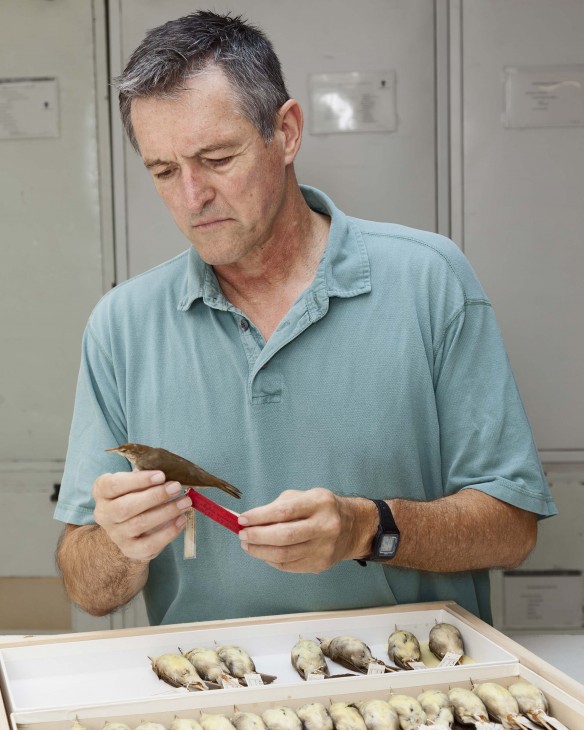 Gary Graves examining the type specimen of the Swainson’s warbler in the collections of the Division of Birds in the  Smithsonian’s National Museum of Natural History. (Photo by Donald Hurlbert)

Unlike natural forests with many different tree species of many different ages, pine plantations are monocultures of one species, all the same age and size and planted in evenly spaced rows. They were once described as biological deserts.

“Pine plantation forests are a new ecosystem that didn’t really exist before the 1920s in the southeastern United States,” Graves explains. “They represent a fundamentally new wildlife habitat.”

Millions of acres of these industrial pine forests stretch from Texas to Virginia and are on a harvesting cycle of 25 to 35 years before they are cut. “They are the backbone of a $210 billion forest industry in the United States that keeps us in lumber for our houses, products from toilet paper to notebook paper and even woodchips to mulch your lawn,” Graves explains.

Once thought to nest only in lowland canebrakes in North America, Swainson’s warblers are now known to also nest in a variety of broadleaf forest environments. The fact that this species is now establishing breeding populations in plantation pine forests reveals a surprising plasticity in its ability to select new habitats, Graves says. This behavioral trait is one not shared by the endangered Kirtland’s warbler (Setophaga kirtlandii) of Michigan’s jack pine forests which has rigid nesting requirements of small trees and open areas; or the Bachman’s warbler (Vermivora bachmanii), thought to be extinct, which was restricted to the swamps and lowland forests of the southeast United States. 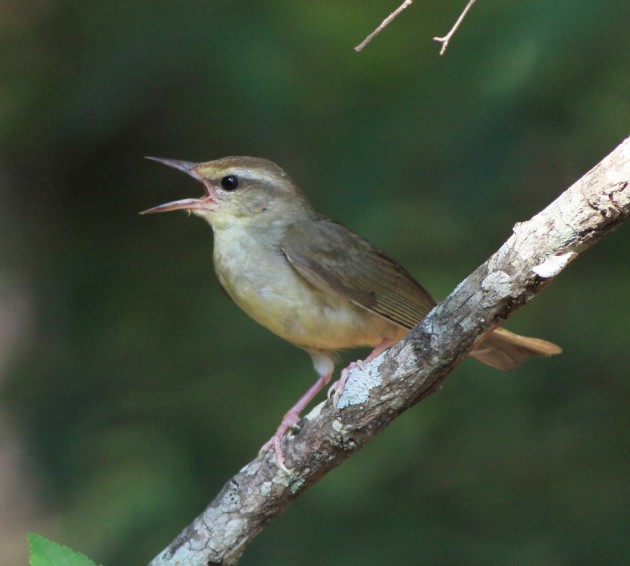 Swainson’s warblers find pine plantations attractive for nesting only during a specific stage in the forest’s development, when the pines mimic the early successional broadleaf habit these birds have traditionally used for breeding. Once the plantation pines reach about 20 feet high, the understory achieves a high-stem density and screening at about desk height that the Swainson’s warblers prefer. This condition persists for about 7 to 8 years, until the trees reach about 40 feet high and 15 years old. After that, the understory density thins out and the warblers disappear.

There may be some type of behavioral learning, in the warblers’ transition to the pine plantations, Graves observes. “But its only been happening for the last 25 years and it appears to be accelerating. Sometimes we see these behavioral shifts in animals but we don’t know the mechanisms of why. These birds are just learning to like a new place. Sometimes these changes can evolve quite rapidly within a dozen generations, and the generation time of these birds is just one year.” 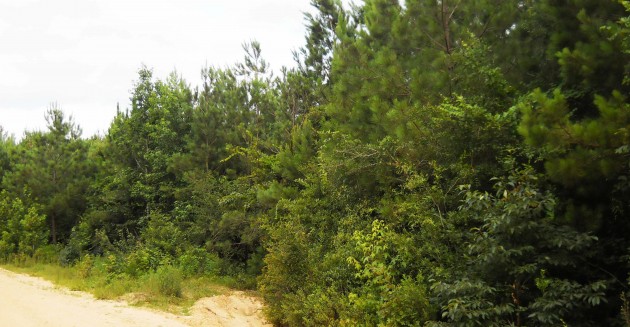 Most plantations occupied by Swainson’s warblers have a certain weediness, namely broadleaf saplings, vines and shrubs growing along the edges of roads and streams crossing the forests. (Photo by Gary Graves)

Swainson’s warbler breeding pairs require large territories of between 10 to 20 acres, which the pine plantations provide. Most warbler territories observed by Graves occurred in plantations planted on sandy loam soil, with normally low water tables, he says. “These pine forests may be creating a microhabitat at ground level where the birds feed on insects in the leaf litter, maintaining humidity and allowing them to live on dryer soils then they have traditionally.” Also, Graves observed, most plantations occupied by Swainson’s warblers had a certain “weediness,” associated with them: namely broadleaf saplings, vines and shrubs growing along the edges of roads and streams crossing the forests.

Covering some 40 million acres in the U.S. today, southern pine plantations are projected to increase to 66 million acres by 2060, Graves points out in his paper. “Given the 25 to 35 year rotation cycles commonly prescribed for private and commercial plantations, and a 7 to 8 year window of habitat suitability for Swainson’s warblers in a typical stand,” roughly one quarter of these pine plantations will be suitable habitat for these birds at any given time, provided that other requirements such as deciduous weediness and soil moisture are met, Graves concludes. “If current distributional trends continue, forestry lands managed for short rotation pine plantations will soon support a majority of the global Swainson’s warbler breeding population.”