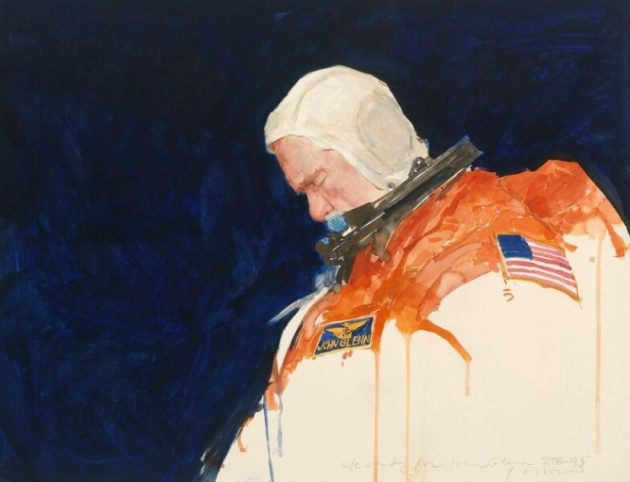 The Smithsonian’s National Portrait Gallery celebrates the accomplishments of astronaut and Senator John Glenn (1921-2016) with a watercolor and graphite portrait by Henry C. Caselli Jr. The sketch, made from life in 1998, depicts Glenn in a moment of reflection before the launch of the space shuttle Discovery for its nine-day mission in 1988; it made him the oldest astronaut to reach space at the age of 77. The portrait will be installed in the museum’s In Memoriam space on the first floor and will be on view beginning at 11:30 a.m. today.

A military pilot who distinguished himself in World War II and the Korean War, Glenn came to widespread public attention as one of the Mercury Seven, the original group of astronauts chosen to participate in the American effort to explore outer space. In 1962, Glenn became the first American to orbit the Earth. Retiring from the space program two years later, he participated in a number of successful business ventures and in 1974 was elected as a senator from his native Ohio; he served four consecutive terms. For the next several decades, he became one of the Senate’s most respected and influential members.