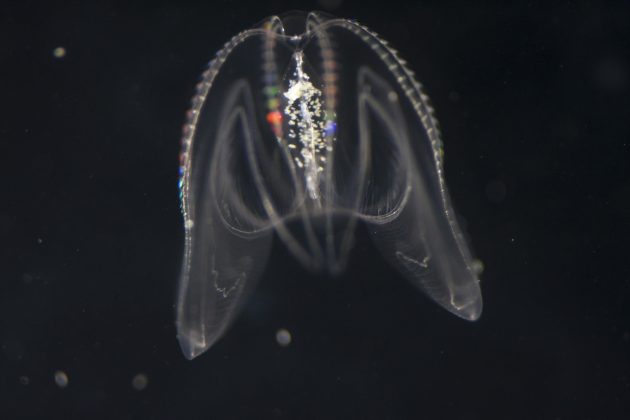 In 2012, under a scientist’s watchful eye, a comb jelly ate some fish, digested it, and excreted the waste out its back end. In doing so, it blew many long-held assumptions about their gut morphology out of the water.

How could an act as mundane as pooping be so significant? After all, as the title of the popular children’s book states, Everyone Poops.

Well, for starters, not every animal poops. Only those with a through-gut are capable of this wonderful ability. All other animals have a single opening through which food is both ingested and excreted.

Modern biology textbooks, though, tend to tell a tale of comb jellies lacking a through-gut and having only one opening through which they both eat and excrete.

“It has been an interesting experience overturning dogma,” William Browne a research collaborator at the Smithsonian’s National Museum of Natural History and one of the paper’s coauthors, points out.

Browne and his team are collaborators in a long-term study that entails turning off select comb jelly genes to examine what effects these specific genes have on the animals’ development. To do this, they first had to observe and become familiar with the basics of how the comb jelly functions normally. This required raising a number of these fragile and notoriously difficult-to-keep animals in a laboratory. Naturally, they had to be fed. 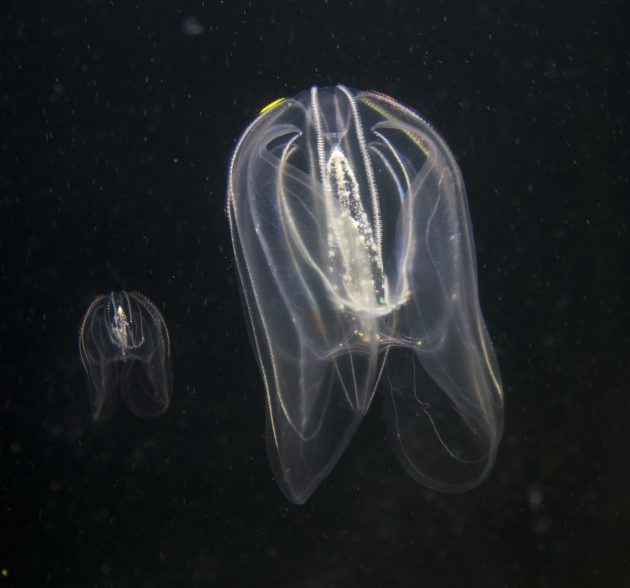 In 2012, the researchers first observed and duly noted that the comb jellies were regularly sending waste out through their back ends. It wasn’t until 2015 however, that they set out to officially document and record their observations of the comb jelly through-guts.

By then, the researchers had successfully raised generations of comb jellies in the lab and had worked out how to isolate specific cells from their digestive system. Their observations very likely reflect the function of digestion and elimination in wild comb jellies.

“It’s a really beautiful study using modern but old fashioned biology,” Max Telford from the University College London says. “They really did show what they claimed to show.”

Why, then, did the truth about comb jelly digestion evade researchers for so long?

Browne and his team think it’s a case of misinterpretation. Comb jellies have adapted to take in a large amount of food at one time, a tactic that benefits them in the wild, where the food they come across is sparse. When presented with huge bulks of food in the lab, they down it, only to up it—so to speak—through their mouths soon after. So what former scientists mistook for normal digestion of a single-opening animal was actually comb jelly regurgitation.

It is clear now that normal digestion for a comb jelly is strikingly similar to that of most animals; a through-gut organ system with efficient digestion and absorption that ends with an anus. This is one more clue—in addition to the 2014 study revealing the intricacy of their nervous systems—that despite diverging very early from the animal tree, comb jellies are capable of great complexity.

“One of the main takeaways, I think, is that evolution is not a simple ladder. It is way more capricious than that,” Browne concludes.