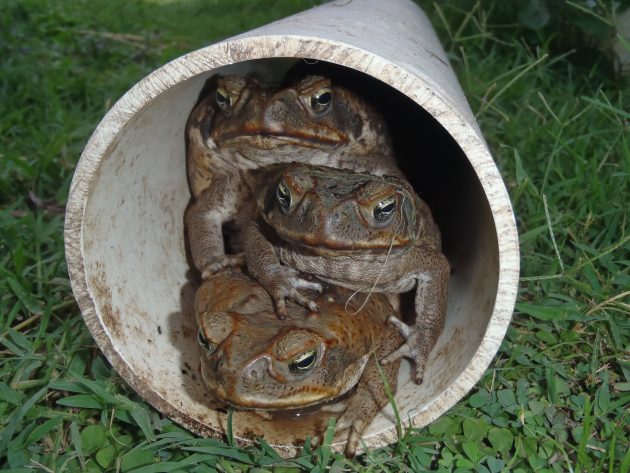 In 1935, 101 cane toads from Hawaii were set loose in Australia to help control beetles that were decimating the Australian sugar crop. But instead of ridding the country of one pest, it plagued them with another—the toads multiplied drastically. Today, an estimated 2 billion of the toxic hoppers (Rhinella marina) are spread across 3,500 km of northern Australia, about the distance between Washington, D.C., and Phoenix, leaving dead snakes, goanna lizards, and other creatures susceptible to their poison in their wake.

“If you’re up in the Northern Territory you can be walking along a riverbank and see a three-meter long crocodile that’s died with the cane toad still in its mouth,” says Matthew McCurry, a biologist with the Smithsonian’s National Museum of Natural History in Washington, D.C. and Australia’s Monash University.

How did these chunky creatures traverse and invade such a vast area? By becoming better long-distance travelers. 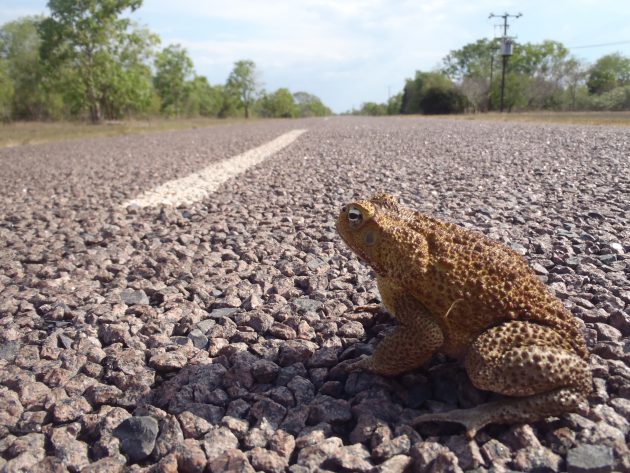 A male cane toad crosses a roadway in the Northern Territory of Australia.

Toads have bodies built for taking the occasional leap. Their strong back limbs power forceful jumps that can rocket a toad up many times its own body length, a tactic that works well for dodging predators.

“But it’s not a very good way to cross Australia. If you have to keep moving hundreds of meters or kilometers every night, taking a huge leap into the air and perhaps doing a face plant when you land or landing on a sharp rock or in a hole is a pretty inefficient way to travel long distances,” says Richard Shine, professor at the School of Life and Environmental Sciences at the University of Sydney. 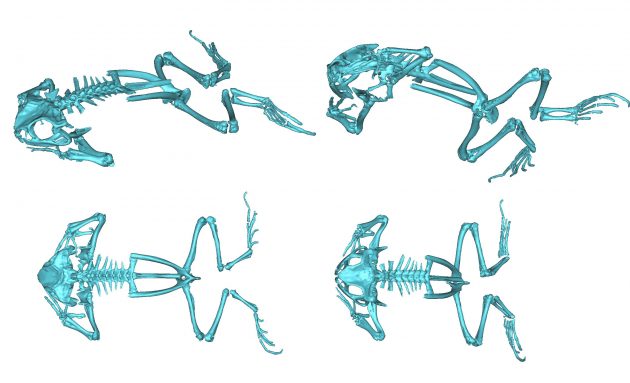 “One of the things that we noticed very early on at the invasion front: You’d be driving along the road and this thing would scurry across the road and you would think that it was a mouse or a small rat,” Shine recalls.  “But it was a cane toad. Instead of taking big jumps they were doing this little scurrying motion.”

To examine in detail what other physical changes were turbo-charging these toads, Cameron Hudson, graduate student at the University of Sydney’s School of Life and Environmental Sciences, led research that began in 2013 with collecting two groups of toads. One group was collected from a town in Queensland, in eastern Australia, first invaded by toads in 1940. A second group was collected almost 2,500 kilometers away from two towns invaded within the last six years. By analyzing 3D images obtained from CT scans, the team discovered it wasn’t just the toads’ legs that had changed. 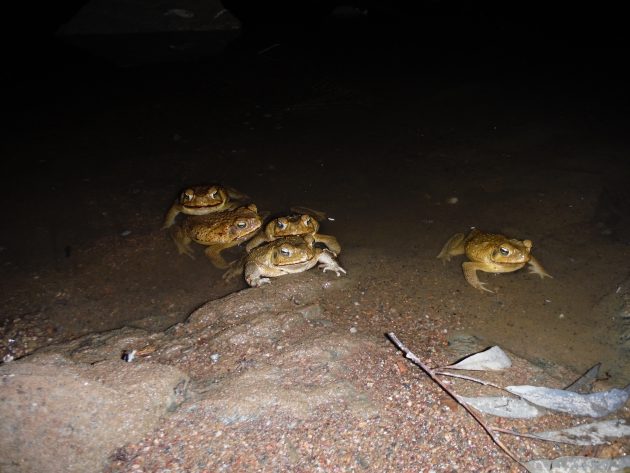 A group of male cane toads in Western Australia at the invasion front.

They found significant differences all over the toads’ bodies, with the invasion-front toads having narrower pelvises and slimmer, higher-set skulls. Compared to long-colonized toads, invasion-front toads also had forearms that were longer and wider as well. McCurry, Shine and their team suspect this makes the invasion-front toads better suited to execute a series of shorter jumps that propel them across vast distances, while simultaneously cushioning their umpteen landings.

Their findings were published in the journal PLOS ONE.

The multitude of changes throughout the skeleton impressed Corinne Richards-Zawacki from the University of Pittsburgh, who was not involved in the research. She cautions, however, “it’s always hard to assign a cause when you’re just looking at a difference between just two populations.” That is, there could be other factors besides invasion contributing to these differences. She would have liked to see cane toads sampled at intervals from more to less recently invaded areas to show how the changes have occurred incrementally across the toad’s vast habitat. 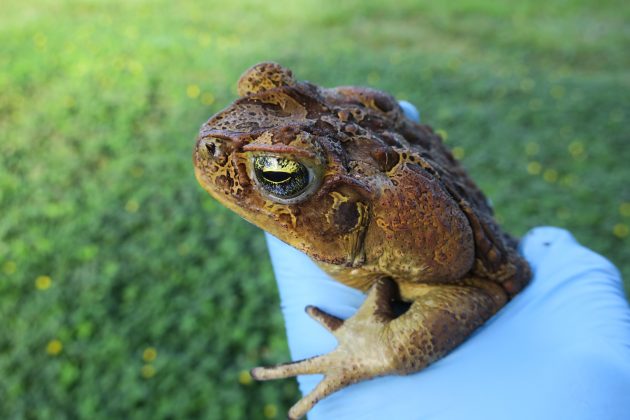 This is in the works. Hudson, Shine and their team have already measured the bodies of thousands of wild cane toads across Australia, Hawaii, and French Guiana to see how these gradual changes take effect. They also have taken high-speed video of wild and captive toads jumping to confirm that the changes in the toads’ skeletons really are linked to a different way of moving forward.

Still, this study is not merely one small leap forward in understanding just cane toads. As the Smithsonian’s McCurry observes, “it is also interesting in understanding how evolution works and the speed at which it acts.” It seems that at an invasion front, evolution may scurry along at a quicker pace as well.