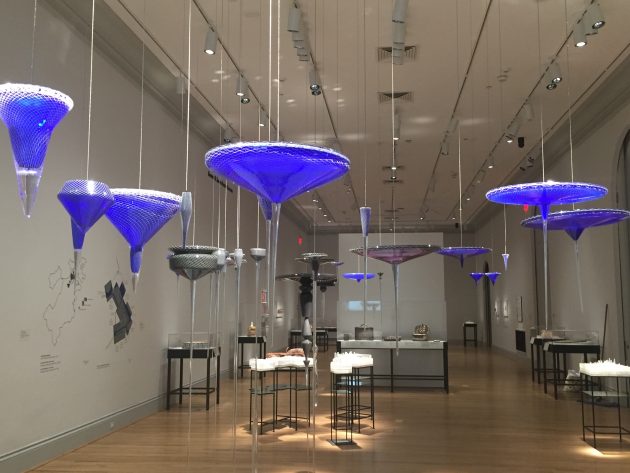 At the September opening of “Visions and Revisions: Renwick Invitational 2016,” one guest insisted that “Global Cities”—the centerpiece of Norwood Viviano’s gallery in the exhibition—carry more wall text to ensure museumgoers understand the complex goings-on of this massive glasswork.

“Well, you know,” Viviano responded as he sat in the Smithsonian American Art Museum’s Renwick Gallery offices about a month later, “I’m OK with people not knowing exactly what it is… I’m OK if it takes people a little bit more work to get to the place where they understand [it].”

Hanging from wires, the downward pointing glass spires of “Global Cities” do indeed reveal their meaning slowly. Their different lengths gradually betray their function as chronologues, devices that measure the founding of each highlighted city back in time according to how far they dangle from the present day. Milan, Bejing, Paris, Prague, Kiev, London, New York, Havana and Montreal are a few of the cities represented by these peculiar spires in Viviano’s work.

Varying diameters of the blown-glass forms signify fluctuating populations over time, their opacities indicate the relative quality of that data and their colors signify a general ranges of age.

A few key hints guide museumgoers down the path to understanding, but as far as Viviano is concerned, it doesn’t really matter if they ‘get it’ or not.

“I honestly think that most people walk into the gallery and have no idea what that project is,” Viviano says. “That’s fine.”

“Most people when they walk into the gallery don’t know what’s going on, but there is information to sort of give them the foothold,” she says. “I do like the fact that you have to figure out what this is.” 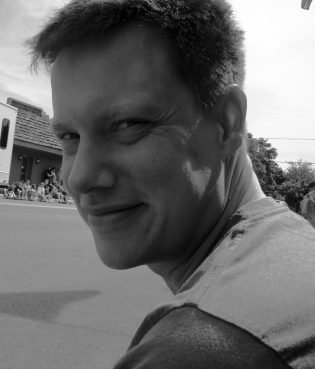 The goal, Viviano explains, is “just finding a few common spaces for people to meet.”

“We really wanted to give people a few focus points that they could pick out that they would have some kind of understanding of,” Atkinson adds. “They actually would have some background that just gave them a few touchpoints to start an exploration.”

On the wall, silhouettes of each of the city spires are overlaid with key historical events like the rise and fall of Rome or the end of World War II.

Even that, though, is purposefully limited.

The blown-glass medium also helps act as an entry point to deeper understanding. Initial questions about how the works were made, or fascination at their workmanship, can lead, Viviano says, to deeper discussions.

“The idea of the material and how something is made is a way of drawing someone into the piece even if they don’t really understand what the piece is initially,” he says. “The material and the technical side of things, which I know is a marvel for people that don’t make things for a living, is a way of sort of slowing somebody down.”

Even if and when the visitor understands the underlying data, though, the medium still gives “Global Cities” staying power.

“If this was just a computer graph somewhere, people would not have the same relationship to it that they do with a series of handmade objects that represent something about data,” he says. 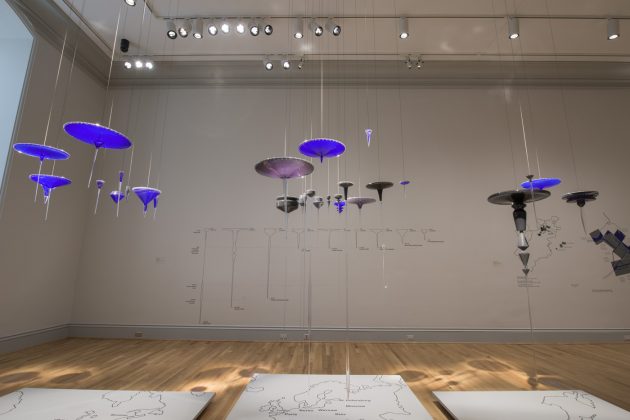 The key, then, in providing these touchpoints is to offer a few clues without giving up the whole game. That’s because a fleeting lack of understanding breeds the sort of deeply satisfying “aha” moments the Renwick Gallery made its signature during its blockbuster Spring show “WONDER,” which drew more than 700,000 visitors.

“There’s that moment when viewers realize that these spikes or these weird shapes or these colors begin to mean something in relationship to one another,” Viviano says.

In curating around “Global Cities,” Atkinson kept the sanctity of that “aha” moment in mind. “It just has to draw you in,” he says. “I think that ‘aha’ moment is the thing that keeps people coming back to the museum. It’s the enlightening moment that sort of shifts their thinking; that’s the reason that they come.”

For her, it’s all about varying “the ease with which people understand what that ‘aha’ moment is.”

“Norwood’s is probably the more difficult and deep of the pieces that are here. But I think it really adds a dimension to the show.”