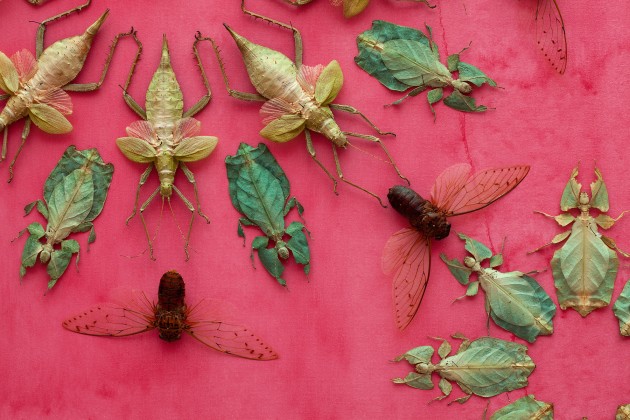 An intersecting prism of light arcs overhead—made of thousands of strands of thread. A massive hemlock tree hovers above the floor, occupying an equally massive gallery from portal to portal. The Chesapeake Bay and its tributaries, rendered in shining marbles, meander across the floor and up the walls of its space.

Walk into the newly renovated Renwick Gallery of the Smithsonian American Art Museum, and the debut exhibition there grabs the mind and does not let go.

“Wonder,” which features nine artists’ interpretations of experiences that create awe, opened Nov. 13 in the revamped space, whose updates, including new windows and all-new LED lighting, are expected to save the building 70 percent in energy costs over the next several years. 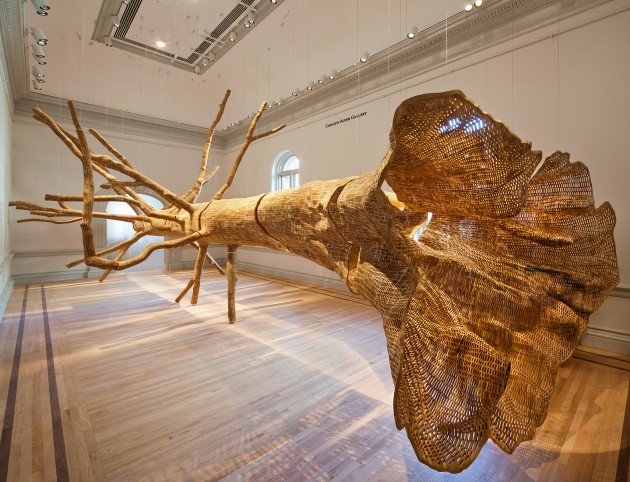 By complete coincidence, all of the works draw from nature for their inspiration. The artists walked through the building while it was still empty to help direct their creativity, Nicholas Bell, curator of the “Wonder” exhibition, points out. The artists all worked toward nature in their own way, but were not directed to do so.

The artists were chosen for their sensitivity to architectural space, their passion for making, and an intense attentiveness to what surrounds them, Bell continues. The exhibition turns the Renwick’s mission to show the work of artisans and craftsmen on its head by inviting the finished works to dominate the galleries. Yet every object in the museum is as painstakingly fashioned as any smaller work of craft. 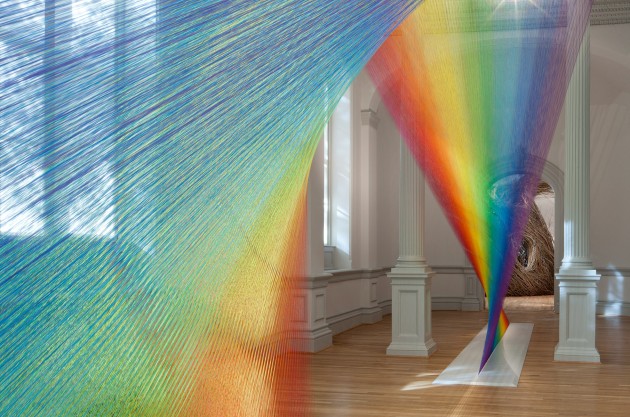 “Plexus A1” by Gabriel Dawe, 2015. Thread, wood, hooks and steel. (Courtesy of the artist and Conduit Gallery)

“When people come to the Renwick, they come to ponder what it means to be skilled, to value labor and process in an age when a lot of that information has been forgotten,” Bell said. “And here we see regular objects, things you’re used to, but out of context and filtered through the artists’ genius.”

“It says that people are really concerned and interested in what’s going on in the world,” Bell said. “The artists looked to the natural world. That’s where they find wonder for themselves. When you come here, it refreshes your eyes, so when you go back outside, you have the potential to see the world differently.” 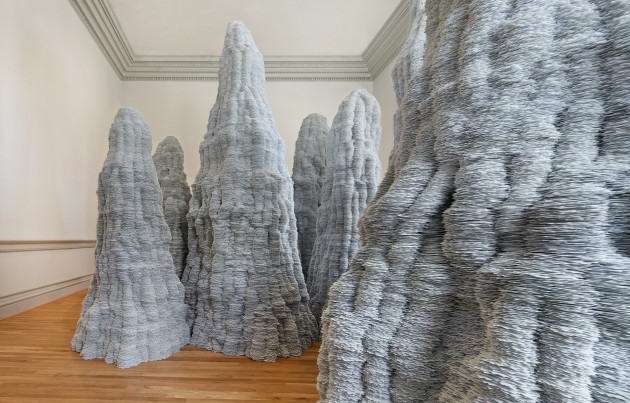 John Grade made his sculpture, Middle Fork, by casting a live, 150-year-old hemlock in the forest near his home in Seattle. Piece by piece, he brought castings of the tree back to his studio, then recreated the tree with whittled pieces of reclaimed cedar, made with the help of volunteers. Once its exhibition is complete, Grade plans to return the sculpture to the base of the live tree from which it was made and allow it to decompose there.

Architect Maya Lin, perhaps most famous for her winning design of the Vietnam War Memorial while still a college student at Yale, brought the Chesapeake Bay indoors, recreating it from thousands of translucent marbles affixed to the floor and walls. Creeping up the walls and around the windows, its far-reaching tendrils show just how broad the reach of the estuary and its tributaries is, an impact difficult to represent on a mere map. 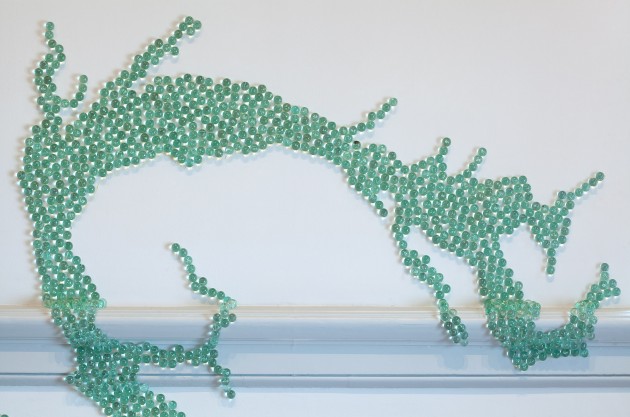 Soon the Renwick will host a tour with an entomologist from the Smithsonian’s National Museum of Natural History to go through space Jennifer Angus created: four walls of natural wallpaper-like designs, made entirely from the bodies of insects.

Though most of the installations will move on by mid-2016, Leo Villareal’s glittery suspended sculpture, composed of 23,000 LEDs pulsating in a perpetual random pattern, will become a permanent addition to the Renwick, said Betsy Broun, The Margaret and Terry Stent Director, Smithsonian American Art Museum. 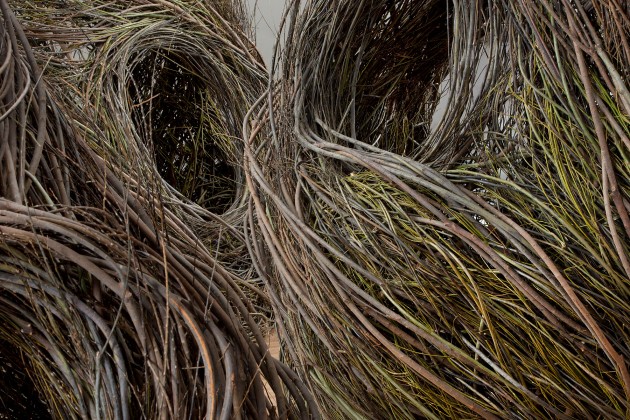 Broun also noted that the decision to annotate the engraved inscription above the Renwick’s entryway, “Dedicated To (the future of) Art”, is a fun-spirited and enthusiastic nod to the innovations that the present and future bring to what it means to be a craftsman in the 21st century.

“We’re not turning our backs on the digital age; many artists couldn’t be here without it,” Broun said. “But what the eye and hand do, together with what the mind and computer do, combine to create something wondrous, and that validates us as human beings.”