A dynamic new presentation of 80+ objects celebrating craft as a discipline and approach to living differently in the modern world has just opened at the Renwick Gallery of the Smithsonian American Art Museum. Selected from the museum’s permanent collection the exhibition features iconic favorites alongside new acquisitions.

Titled “Connections: Contemporary Craft at the Renwick Gallery,” the exhibition’s objects are arranged to focus on their interconnectivity and overlapping stories. Following this theme, below are five pioneering pieces from the permanent collection followed by short videos of contemporary artists explaining how these pioneering works inspired the creation of new works, works that have recently found their way into the Renwick. 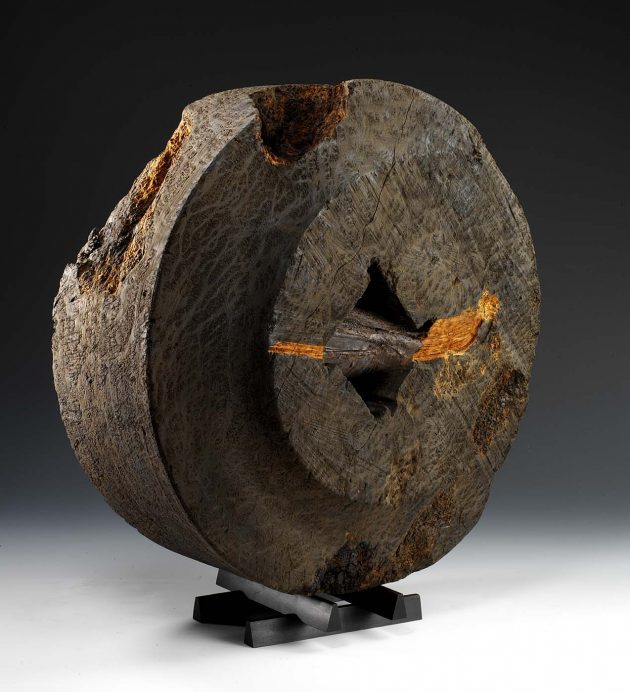 Millstones remain a distinctive sign of early civilization, though they have all but disappeared from the modern world. In this object Robyn Horn skillfully transforms redwood burl to “stone” to produce a timeless form, primitive yet unmistakably man-made, which seemingly reflects the unconscious effects of use and time. 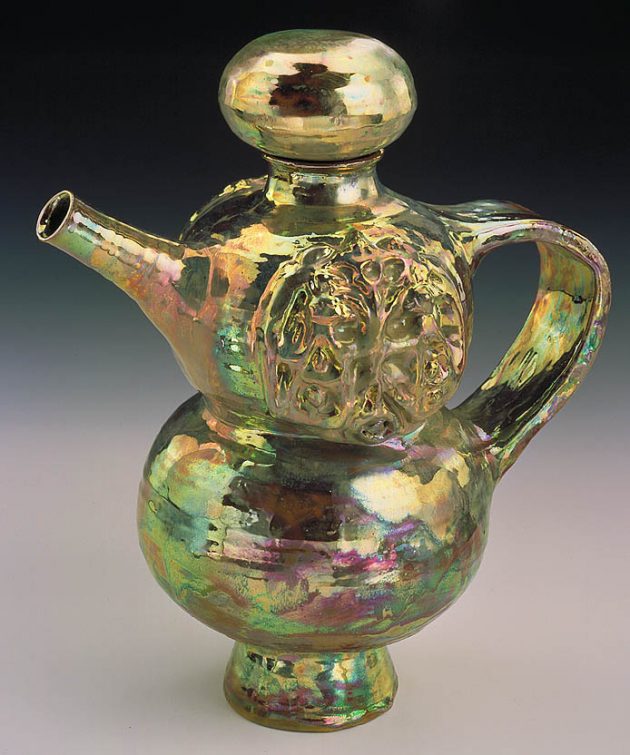 Beatrice Wood’s interest in ceramics and luster glazes began in 1933 when she could not find a teapot to match a set of antique luster plates she had bought, and so she decided to make her own. In the 1950s the emergence of abstract expressionism led Wood to coat the entire body of her ceramic works with shimmering lusters. This style became her trademark and was used throughout her long career. The large round body and oversized handle of this teapot balance precariously on the small foot. 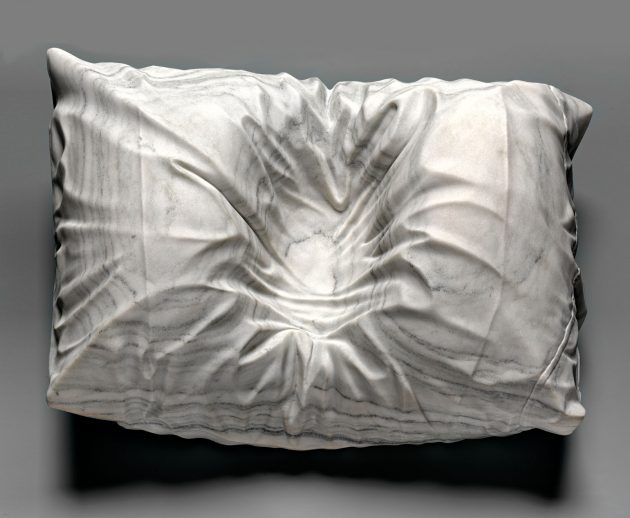 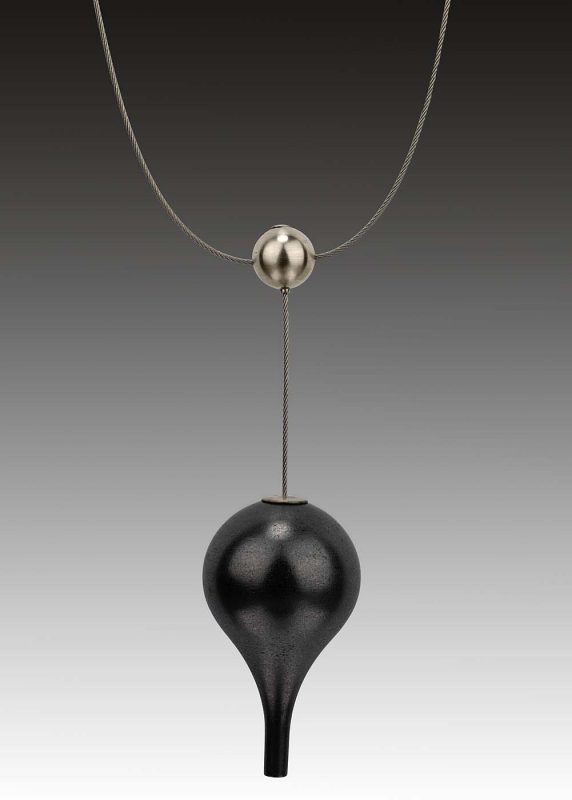 Joan Parcher’s neckpiece invites us to reconsider the relationship between jewelry and the body, we often take for granted. The minimilist pendant features a single piece of lathe-turned graphite, rather than gems. Its understated elegance masks the artist’s subversive intent. When it is worn, the wearer’s movements cause the graphite to swing gently, leaving its mark. 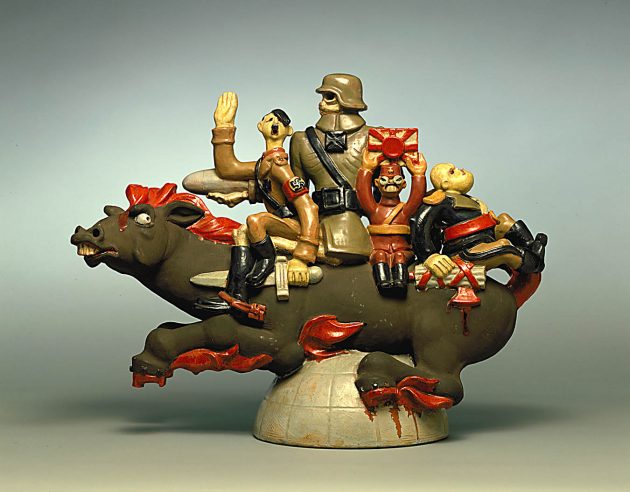 Viktor Schreckengost created Apocalypse ’42 a few months after the bombing of Pearl Harbor. This image of a frightened horse bearing Hitler, Mussolini, Hirohito, and a figure of Death across the globe was made to protest the rise of fascism. The drips of bloodred glaze around the horse’s head and hooves were an unintentional effect of the firing process.