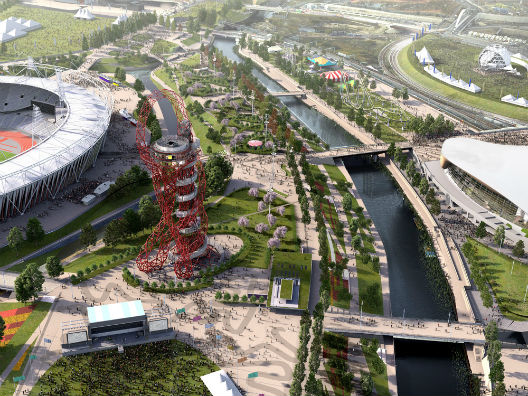 The Smithsonian and London’s Victoria and Albert Museum plan to work together to create a major new international collaboration at the Queen Elizabeth Olympic Park in East London, the site of the London 2012 Olympic and Paralympic Games. The institutions have agreed to develop, over the course of this year, a plan for a jointly organized permanent gallery space as a key part of V&A East, which will form an important component of the new cultural complex.

“Through a collaboration with one of the world’s great museums, we will be able to inspire and educate more people than ever before,” Smithsonian Secretary David Skorton said. “With the V&A in London, we can build bridges to other countries and continents and share our work with the world.”

Exhibitions and related programming for the space will be developed jointly by the Smithsonian and the V&A, with the goal of staging Smithsonian exhibitions as part of the V&A East’s overall program. Although planning is in its earliest stages, Skorton expects the permanent gallery space will have broad global significance and draw from both organizations’ collections and expertise in science and the arts and humanities and where they intersect.

“This would not be a ‘Smithsonian outpost in London,’” Skorton adds. “It would be a collaboration with the V&A, giving both of us opportunities to engage with diverse audiences in innovative ways. What we learn through this collaboration will enable us to better tell our stories not only in London, but in the United States and around the world.”

The announcement is the product of an initiative that began in January 2015 between the London Legacy Development Corporation, which is overseeing the development of Queen Elizabeth Olympic Park, and the Smithsonian and the V&A.

“I welcome this trans-Atlantic collaboration between two of the world’s most prestigious institutions,” said London Mayor Sadiq Khan. “These plans would create an exciting new cultural destination in East London, which will help many more people enjoy the extraordinary collections managed by the Smithsonian and the V&A.”

The Smithsonian exhibits and programs will be supported by contributions from the private sector, with the help of Foundation for FutureLondon, a new charity established for Queen Elizabeth Olympic Park, which coordinates fundraising for the overall project. Other partners at Queen Elizabeth Olympic Park are Sadler’s Wells, University College London and London College of Fashion, University of the Arts London. LLDC expects the facilities to open in 2021.