Wallpaper That Tells a Story 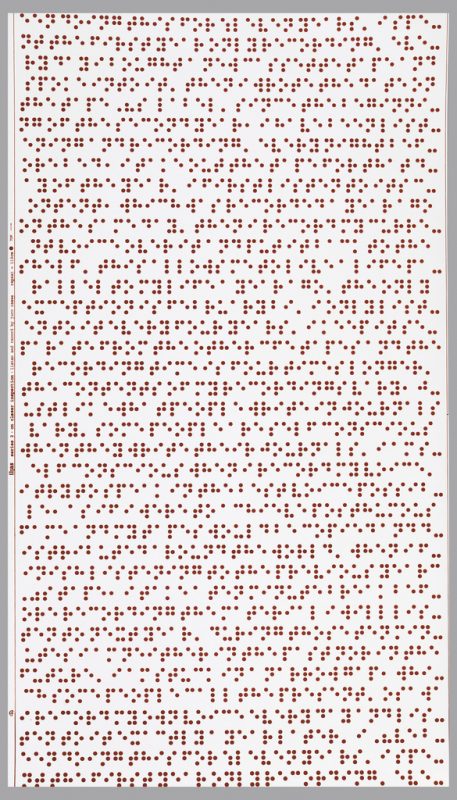 While it simply appears to be a textural composition of flocked red polka dots, the design of “Listen and Record” literally tells the story—in Braille—of how this wallpaper was created. Artist and designer Ilias Fotopoulos recorded his voice every day for a year; at the beginning of the second year, he listened to the tape and then recorded his current thoughts over the original, and the wallpaper explains the process of listening and recording.

This paper is from the designer’s second collection, introduced in Tokyo in 2007. Fotopoulos had become frustrated when he could not find textiles engineered to suit his design needs and began to experiment by using existing techniques such as heat pressure, boiling, stripping and clamping. These techniques became the source for his first collection of textiles and wallpapers, produced in late 2003.

Typography or text as a design element in wallpaper such as Fotopoulos uses goes back to the early 20th century. Text appeared earlier on children’s papers to facilitate learning but was not intended as a decorative element. While the text in “Listen and Record” is illegible to most, it nevertheless creates a decorative pattern visible to many. The red flocking on the white background carries a lot of punch and creates a satisfying textural arrangement.

This wallpaper is in the collection of the Cooper Hewitt, Smithsonian Design Museum.

At intersection of innovation, technology, and passion, a new age of inclusive design arises

From Treasure to Trash to Treasure